The Defenders’ Post-Credits Scene Teases What’s Next For Punisher 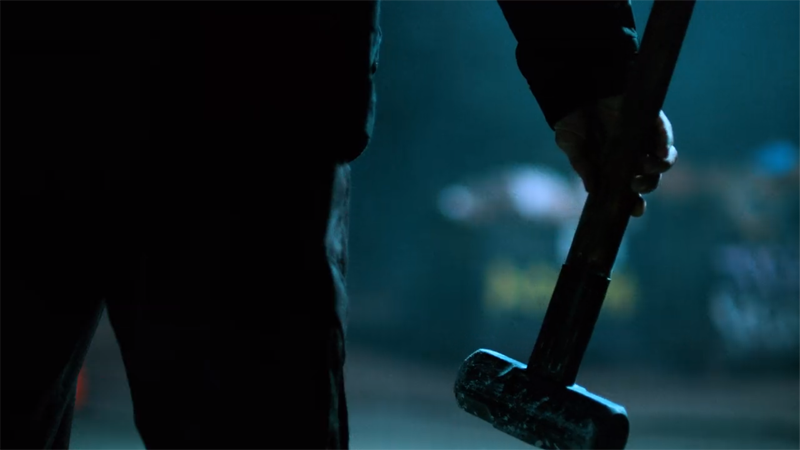 When the credits finally roll on your bingewatch of The Defenders today, make sure you don’t scroll away thinking you’re quite done with the latest batch of the Netflix Marvelverse. At the very end, we get a tease of what’s on the way after the dust settles on Jess, Matt, Danny, and Luke’s adventures — something very violent.

Yes, it’s the very first trailer for The Punisher! Currently airing after the credits roll on the final episode of The Defenders, the trailer gives us our first real glimpse of footage from the show, intercut with a very angry Frank Castle smashing his own skull-logo into a concrete floor.

It’s brief, but very violent — giving us flashes of Frank’s military past, as well as his family life before the tragic events that turned him into a ruthless killer.

lets take a break from the defenders here THE PUNISHER NEW TEASER pic.twitter.com/EPpIhU50Kq

The Punisher is expected to hit Netflix later this year.