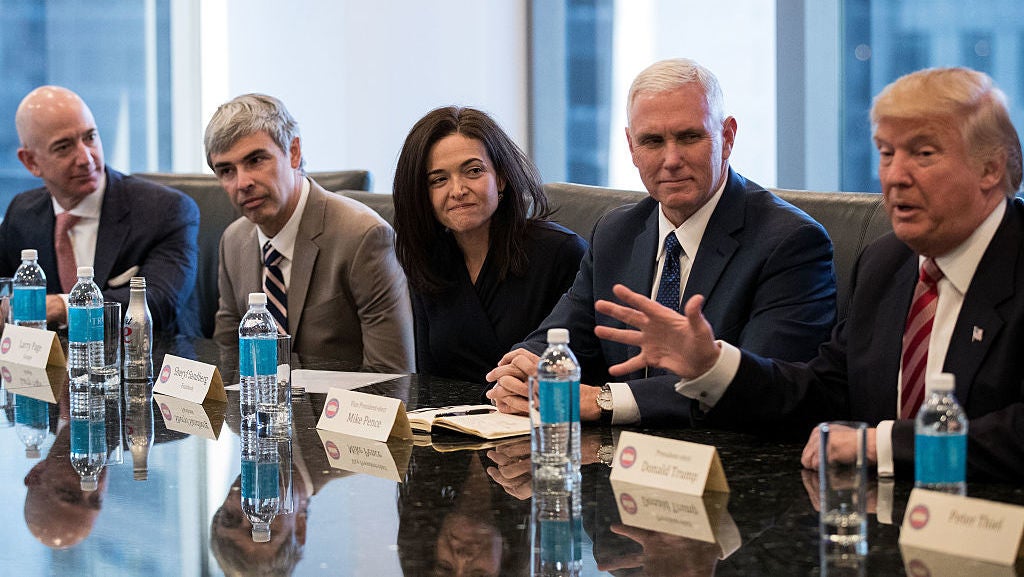 Last week, the United States’ government’s House Energy and Commerce Committee invited the CEOs of Netflix, Facebook, Amazon, and Google’s parent company Alphabet to take part in discussions about net neutrality. Telecoms were also invited and the two groups were expected to play good cop/bad cop on the issues. Now, the committee has extended the RSVP deadline because apparently no one wants to show up.

According to a report from Recode, not only have the good cops not confirmed that they will attend the hearing, the telecoms haven’t committed either. The four tech companies as well as AT&T, Charter, Comcast, and Verizon, were asked to respond to House Republicans by July 31st. Today, a spokesman told Recode that “The committee has been engaging in productive conversations with all parties and will extend the deadline for response in order to allow for those discussions to continue.”

The initial invitation to the tech CEOs came after they expressed support for the Net Neutrality /”Day of Action” protests that occurred on July 12th. All four big tech companies were slow to join the protest and their eventual participation was minimal. Google offered a blog post but didn’t change its Google doodle as they had in previous protests. Netflix faced some backlash after its CEO, Reed Hastings, said the fight for net neutrality was no longer his company’s “primary battle.” The streaming service eventually joined the Day of Action and ran a banner ad about the issue at the top of its homepage. Amazon and Facebook were also half-hearted in their support for protecting the open web.

The fact is that these companies are so big they feel comfortable that they will survive no matter what happens. As Hastings put it, it’s “not narrowly important to us because we’re big enough to get the deals we want.”

The telecoms are the ones who’ve been lobbying politicians for years to kill net neutrality, so powerful companies like Google have historically been the only hope we have for voicing support to the House. What’s a little bit surprising is that the telecoms haven’t been eager to attend the hearing either. Of course, at this point, it’s accepted as inevitable that the FCC — led by Ajit Pai — will not be saving net neutrality protections. So, the telecoms have less to gain by showing up to talk.

Both sides of the issue have something in common. As Recode points out, none of these companies are likely interested in facing unrelated questions from Congress. Facebook and Google might get hit with queries about privacy. Amazon and the telecoms could be grilled about mergers. Jeff Bezos, in particular, has been a frequent target of President Trump. So far, all of the companies who were invited have attempted to send a lower-tier executive as a representative.

But members of Congress are determined to get the big shots in the room on September 7th. “I think it would be appropriate, I think it is expected, for the tech companies to choose to show up — to have the discussion — and I don’t think it’s a discussion they want to be absent from,” Rep. Marsha Blackburn told Recode.

Perhaps more unnerving than the tech CEOs’ indifference, and the telecom’s thirst for unregulated glory, is the appearance that the politicians have already made up their mind on net neutrality. Recode obtained an email from two different sources in which Congress begged CEOs to come. “All of the various issues on the table have been debated for years among all of us who work on communications and tech public policy. So all we are looking for at this stage is a list of asks,” the email reportedly read.

That language indicates that this hearing was designed to get an idea of what new, looser restrictions on the web could look like. For now, it looks like everyone’s throwing in the towel. These CEOs would rather you suffer, instead of standing up for your rights and enduring some uncomfortable questions.