Surprise, This Sig Sauer Pistol That ‘Won’t Fire Unless You Want It To’ Fires When You Drop It 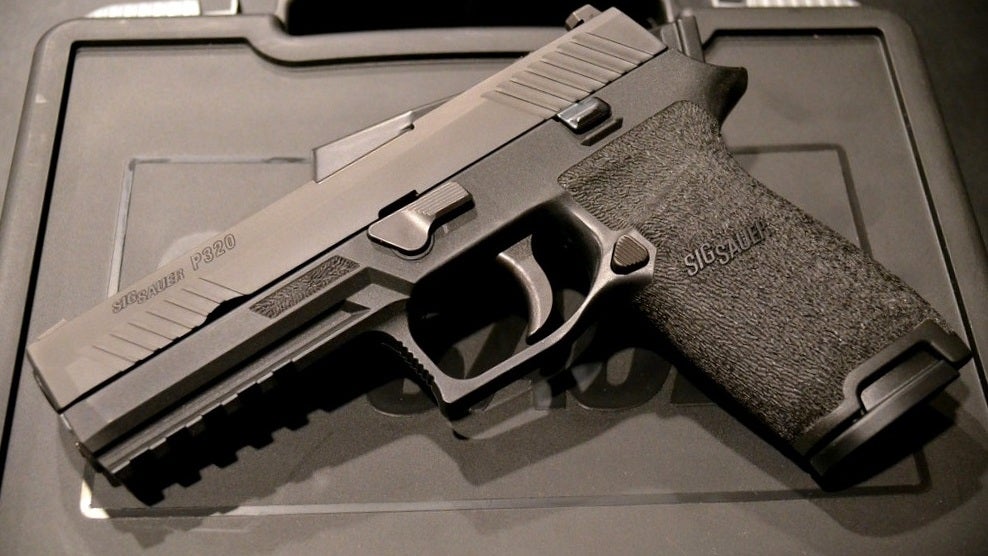 Firearms manufacturer Sig Sauer is offering a “voluntary upgrade” to owners of its P320 line of semi-automatic pistols, which have been on the market since 2014, after they became aware that the damn things fire when dropped on the ground.

Per CNBC, Sig Sauer admitted on Tuesday that dropping the pistols could cause an “unintentional discharge” and said it has developed “a number of enhancements in function, reliability and overall safety including drop performance.” The company said it will announce by August 14 how customers can have the gun fixed, but “stopped short of divulging details.”

The company gave no indication whether anyone was wounded or killed as a result of the design defect, though the Trace reported the Dallas Police Department has already pulled it from service, and one Stamford, Connecticut police officer has sued for $US7 ($9) million after allegedly dropping a P320 and promptly receiving a bullet to the leg.

Two drop tests conducted by gun enthusiast sites, The Truth About Guns and retailer Omaha Outdoors’ blog, show exactly what can happen if you slip up when holding a P320. While TTAG’s test found that when they dropped the gun from a height of around 4-4.5 feet (roughly 1.2 to 1.37 meters) directly onto its slide, it would regularly fire, the Omaha Outdoors blog post warned the gun could accidentally discharge when dropped from below waist level.

The discharges occurred across several models of the P320 pistol chambered for both 9mm and .45 ACP rounds.

Firearms experts universally emphasise gun owners should always assume a gun could discharge at any time and act accordingly, even when its safety is on or whoever is holding it believes it is unloaded. But the P320 was marketed as a next-gen firearm which could never go wrong.

Previously, Sig Sauer had told TTAG it had “full confidence in the reliability, durability and safety of its striker-fired handgun platform,” and insisted all models of the P320 “incorporate effective mechanical safeties to ensure they only fire when the trigger is pressed.”

“We’ve designed safety elements into every necessary feature on this pistol,” the site’s promotional copy reads. “From the trigger, to the striker and even the magazine, the P320 won’t fire unless you want it to.”

You know, unless you drop it.

Sig Sauer was quick to tell CNBC the M17 variant of the P320 it just sold to the US Army as its new service pistol for $US580 ($733) million was not affected by the defect. So that all sounds well and good, and probably shouldn’t be given second thought by anyone at all.