Scientists Made Music From The Human Microbiome, And It’s Seriously Cool 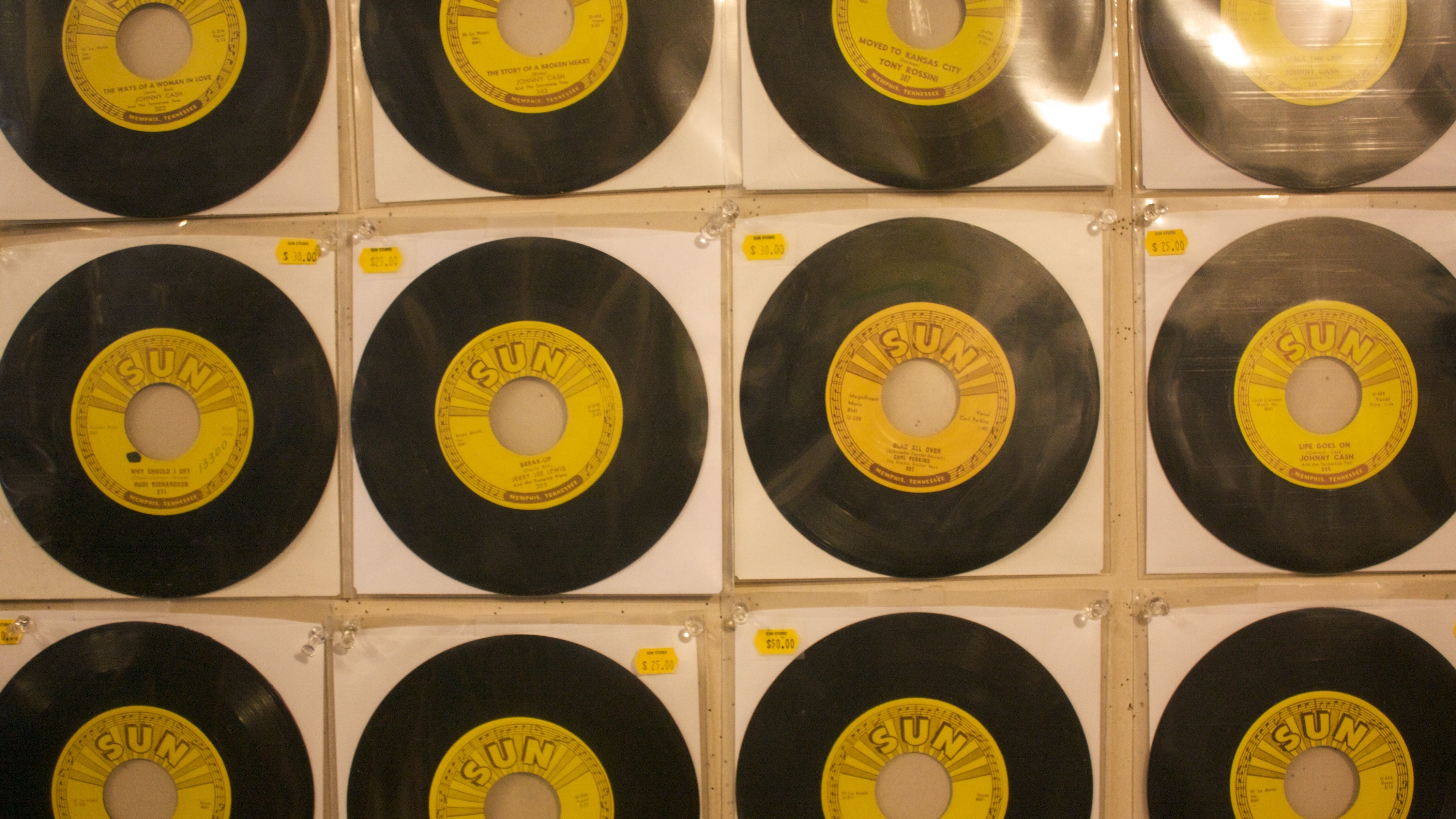 There are many mysteries of human biology. Among those perhaps least considered: What do our bodies sound like?

This was the question on the mind of the founders of Biota Beats, a collective of biologists and biology enthusiasts making music that explores the sound of the human microbiome. David Kong, an MIT synthetic biologist, community organiser and musician, presented Biota Beats’ work at the Biohack the Planet Conference last weekend in Oakland. (Disclosure: I moderated a panel at the conference.)

The microbiome is made up of all the bacteria that are part of our bodies — the stuff living in our gut and our belly buttons and between our toes. To translate the microbiome into music, researchers took swabs of bacteria from their armpits, belly buttons, feet, mouth and yes, even their genitalia, then sealed those swabs onto laser-cut records. They assigned a certain region of the record to each region of the body and incubated it. In essence, the record player doubles as a petri dish plated with human bacterial cultures. An algorithm then translates images of the bacterial colonies in sound, using data points such as bacterial density and location on the record. 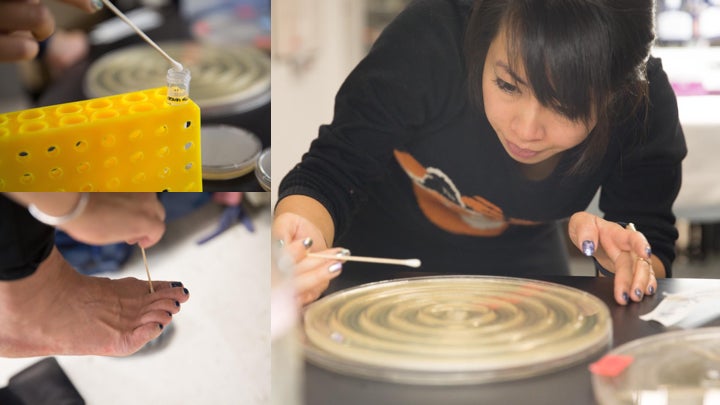 The symphony of all that bacteria winds up sounding like some kind of etherial beatscape from outer space. You can have a listen here.

You might be thinking that music based on bacterial data like density isn’t exactly the same thing as a glob of belly button fuzz performing a sick guitar solo. But Kong’s real goal is to make something that gets diverse groups of people interested in biotechnology. “What if you could take microbes from Q-Tip or Questlove and make a record from it?” he said. 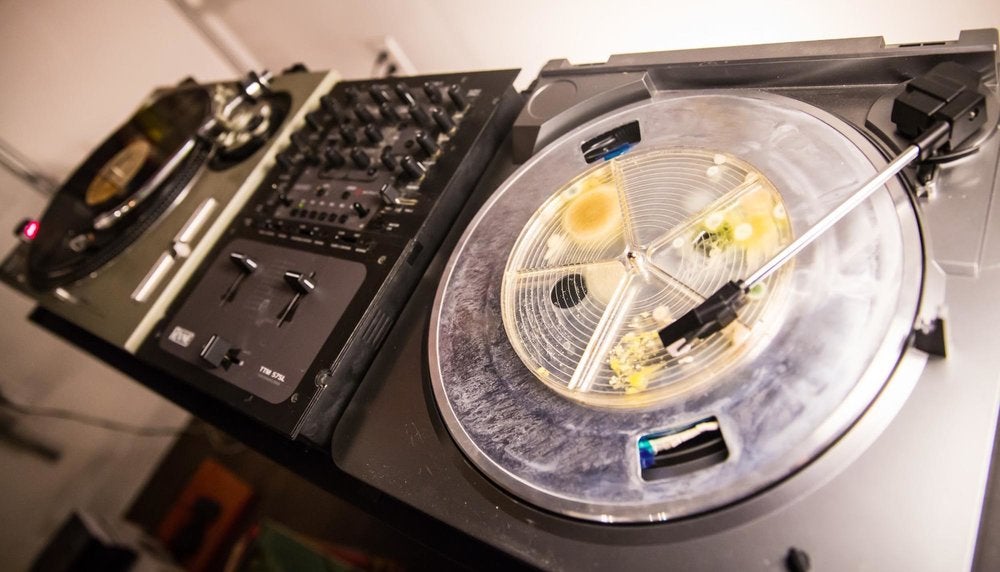 Even famous artists are now getting into microbial beat-making. As Kong revealed at the conference, he recently took a microbial swab from DJ Jazzy Jeff, who’s slated to have a secret track made from his microbiome on his next record. “DJ Jazzy Jeff is a biohacker,” Kong said.