Video: In the United States, it’s illegal to interfere with any aircraft soaring over your property. So if your neighbour’s drone is caught spying on you, you can’t just shoot it out of the air. But apparently the laws are different in Sweden, where you can take down drones using impossibly dangerous weapons; such as a rocket-propelled katana sword. 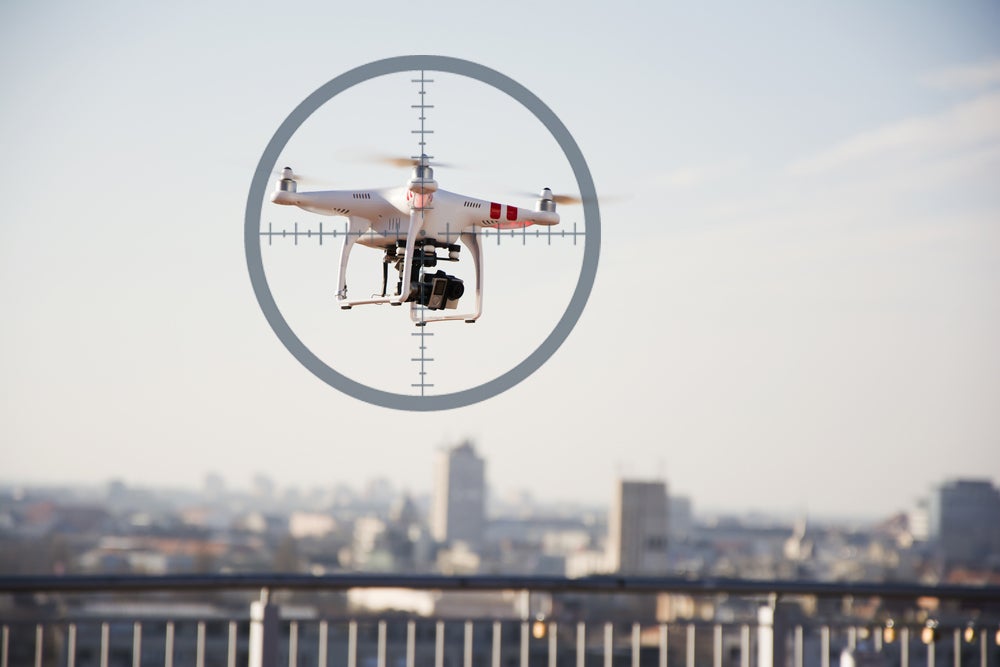 Is It OK To Shoot Down Your Neighbour's Drone?

Before you decide to shoot that drone out of your backyard, there are a few important things you need to know. First of all, damaging any flying robot is a crime. It doesn't matter if it's crashing your pool party or watching you in your skivvies through the skylight in your master bath.

The drone looks like it was smashed into thousands of pieces, and make no mistake, it will never fly again. But upon closer examination, the sword did exactly what it was supposed to do, slicing the drone in half, including all of the wiring and electronic PCB board inside.