Rio Looks Apocalyptic A Year After The Olympics 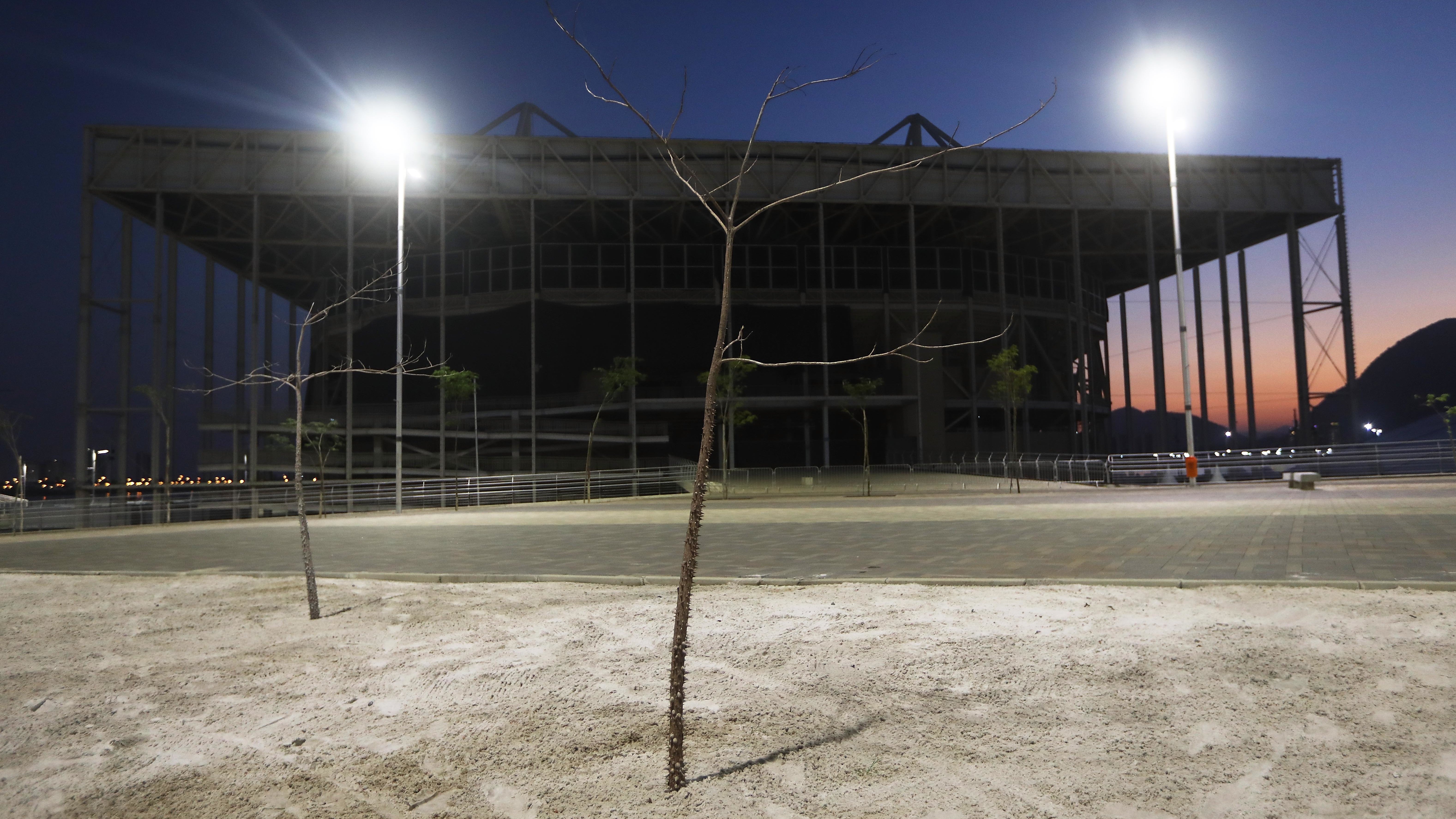 The 2016 Summer Olympics in Rio de Janeiro were doomed from the start. Some daft optimists thought that maybe, just maybe, if we just believed in Brazil, the politicians would pull through on their promises that the games would lift the city up to a new level of prosperity. But a year later, the opposite is true.


The abandoned Aquatics Stadium in the Olympic Park (Photo: Getty)

Reports from Rio are flowing in as we mark the one year anniversary of the Olympics, and boy are they bleak. A couple of weeks ago, Brazil’s government deployed 8500 troops in the city to fight increasingly violent organised crime gangs. Rodrigo Maja, speaker of Brazil’s equivalent of the House of Representatives, recently told the press, “We have completely lost control of public security in Rio.” 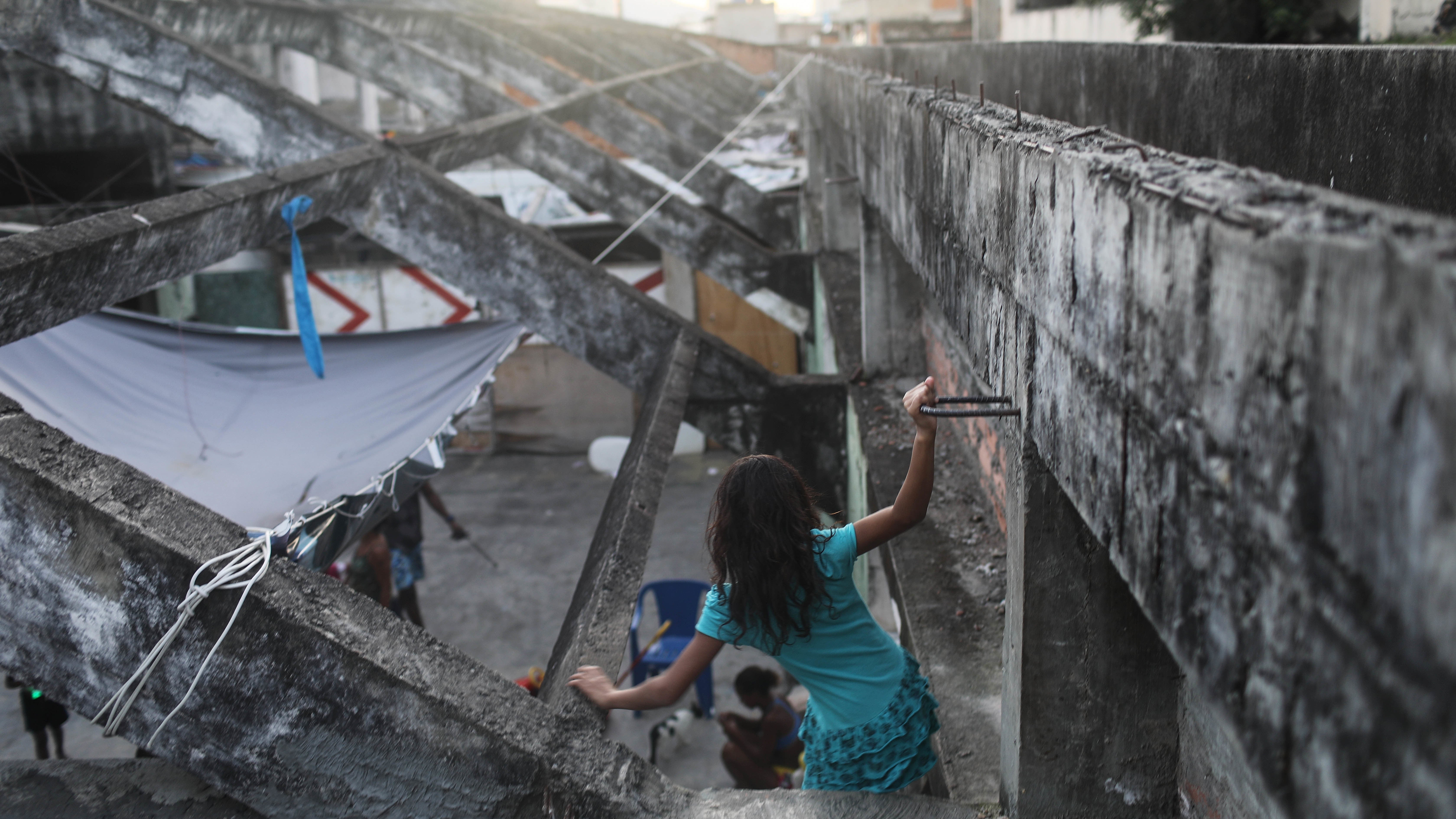 A child climbs through the Mangueira favela located less than a mile from the iconic Maracanã stadium. (Photo: Getty)

This is exactly what wasn’t supposed to happen. Leading up to the Olympics, security officials in Rio attempted a new policy called “Pacification” intended to de-escalate tension between police and the gangs. It now looks like the strategy made things worse, as the number of deaths during police raids has doubled in the past four years. Local residents of the favelas say they have heard shootouts every single day of 2017.

That’s only the beginning. Improvements made for the Olympics, including the construction of multiple world class athletic stadiums, were supposed to be converted into public facilities. That didn’t happen. ESPN just published a lengthy feature on Brazil’s broken promises a year after the games, and the details are downright disturbing:

While 15 of the original 27 venues have hosted some sort of event since the Games, others sit largely abandoned, their decay and disrepair a constant reminder of what was meant to be. Even the iconic soccer stadium, the Maracanã, has been vandalised, and had its power shut off completely after amassing a $950,000 electric bill.

Here’s an aerial view of the Olympic Park which does, indeed, look quite abandoned: The Olympic Park one year after the Olympics (Photo: Getty)

The situation gets worse, too:

Deodoro Olympic Park, long hailed by Brazilian politicians and Olympic proponents as a path to upgrade one of Rio’s poorer neighbourhoods, is shuttered. The community pool that was supposed to come out of the canoe slalom course was closed in December and has yet to re-open. Brazil’s Federal Court of Audit (TCU) reported last week that another abandoned pool, at the Deodoro Aquatics Center, is now covered in bugs, mud and rodent faeces. A Deodoro elevator once used to lift fans over a busy road now leads to nowhere. …

Rio’s new mayor, Marcelo Crivella, has scrapped plans to turn the handball arena into four public schools. And the 31 towers that made up the athletes village, which were set to be transformed into luxury condos, now sit largely vacant.

While it’s hard to identify one specific reason for Rio’s failure to follow through on the commitments made leading up to the games, it’s easy to blame the politicians. At the exact same time the Olympics were unfolding, the largest government bribery scandal in Brazil’s history was unfolding behind the scenes. The aptly named “Operation Car Wash” investigation ultimately put over 200 top-level officials in the crosshairs. Even the once beloved Brazilian president Luiz Inacio Lula da Silva ended up being convicted and sentenced to nine and a half years in prison over $US5 billion ($6 billion) in bribes. That’s billion with a “b”. 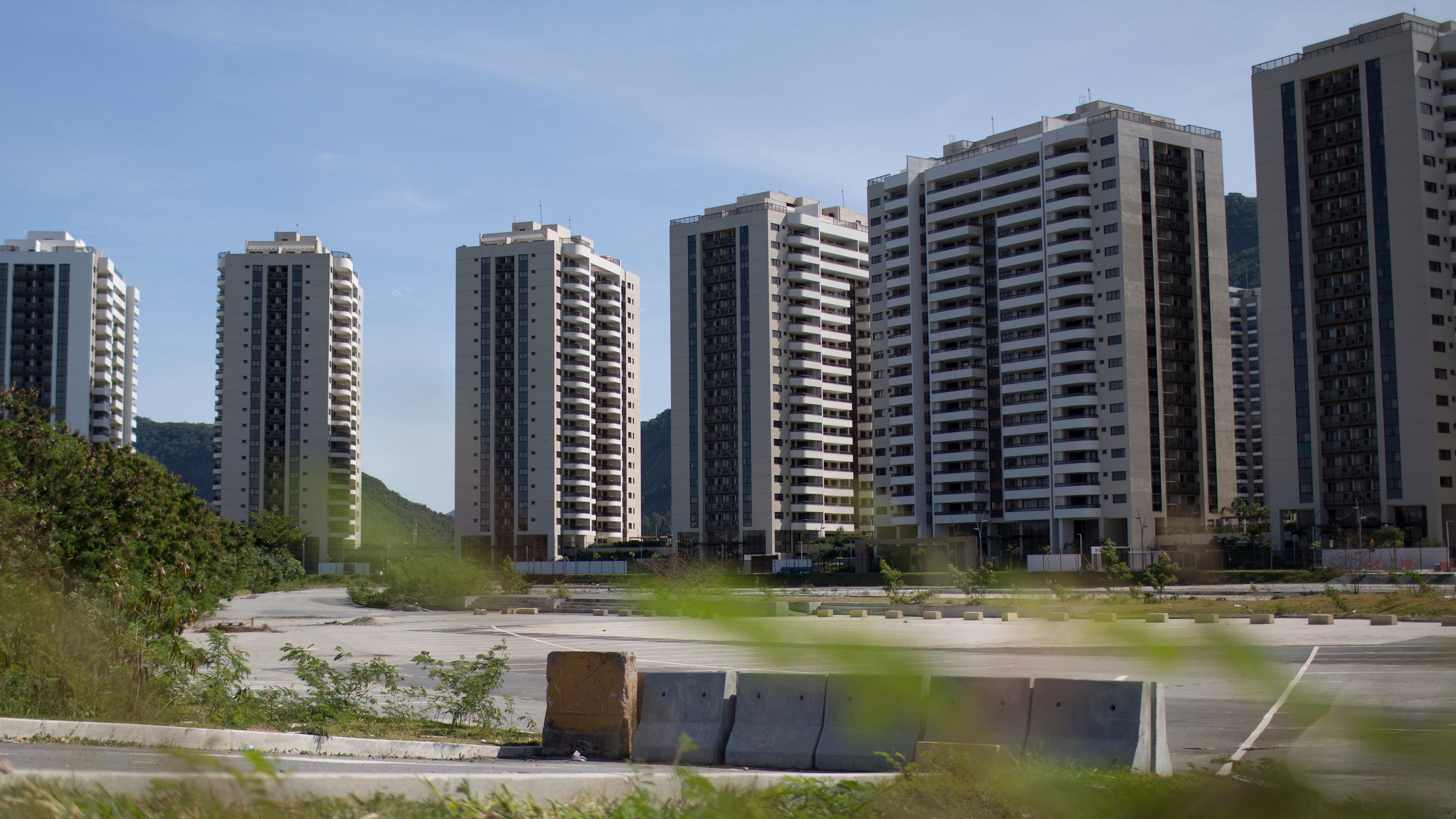 The athletes’ village sits abandoned, despite plans to turn the buildings into luxury condos. (Photo: AP)

That’s just scratching the surface of Brazil’s post-Olympic woes. That ESPN story goes into more detail about individual athletes in Brazil who were promised fame and fortune after winning medals in Rio last year. Now, some of them say they’re worse off than they were before the games, not only losing more competitions but also losing sponsors and income.

We all saw this coming. Months before they even started, the Rio Olympics seemed doomed by corruption, scandals, poop, crime and freaking Zika. And once they did start, everything seemed to go wrong, including the athletes’ village being deemed “uninhabitable” and the suspension of the diving competition due to the pool spontaneously turning into a green pit of sludge. 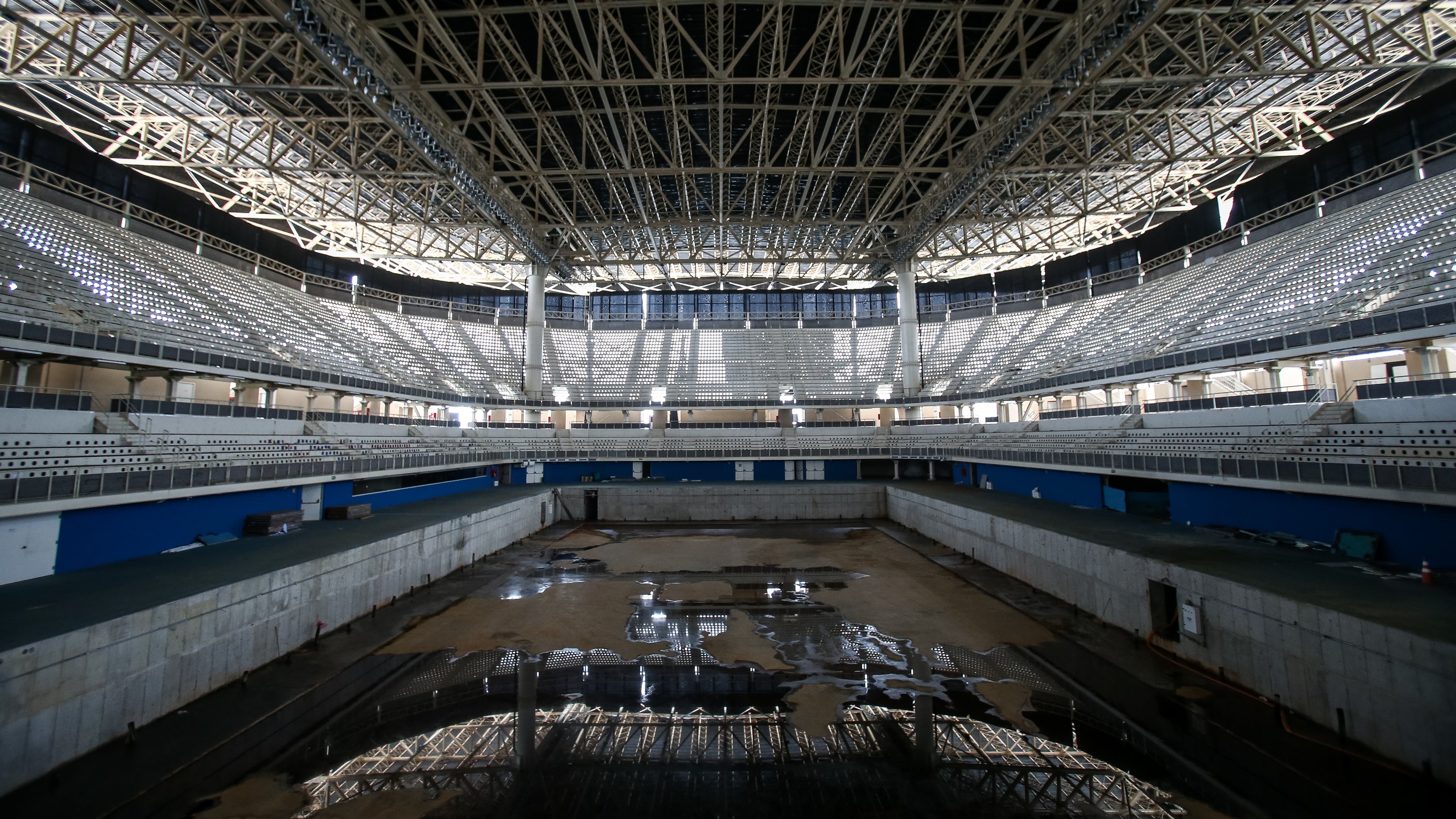 The interior of the mostly abandoned Aquatics Stadium (Photo: Getty)

After six months, the Olympic venues had already started to decay. It’s simply tragic to know that things are worse than ever now. It’s even more tragic to realise that things will probably get even worse. 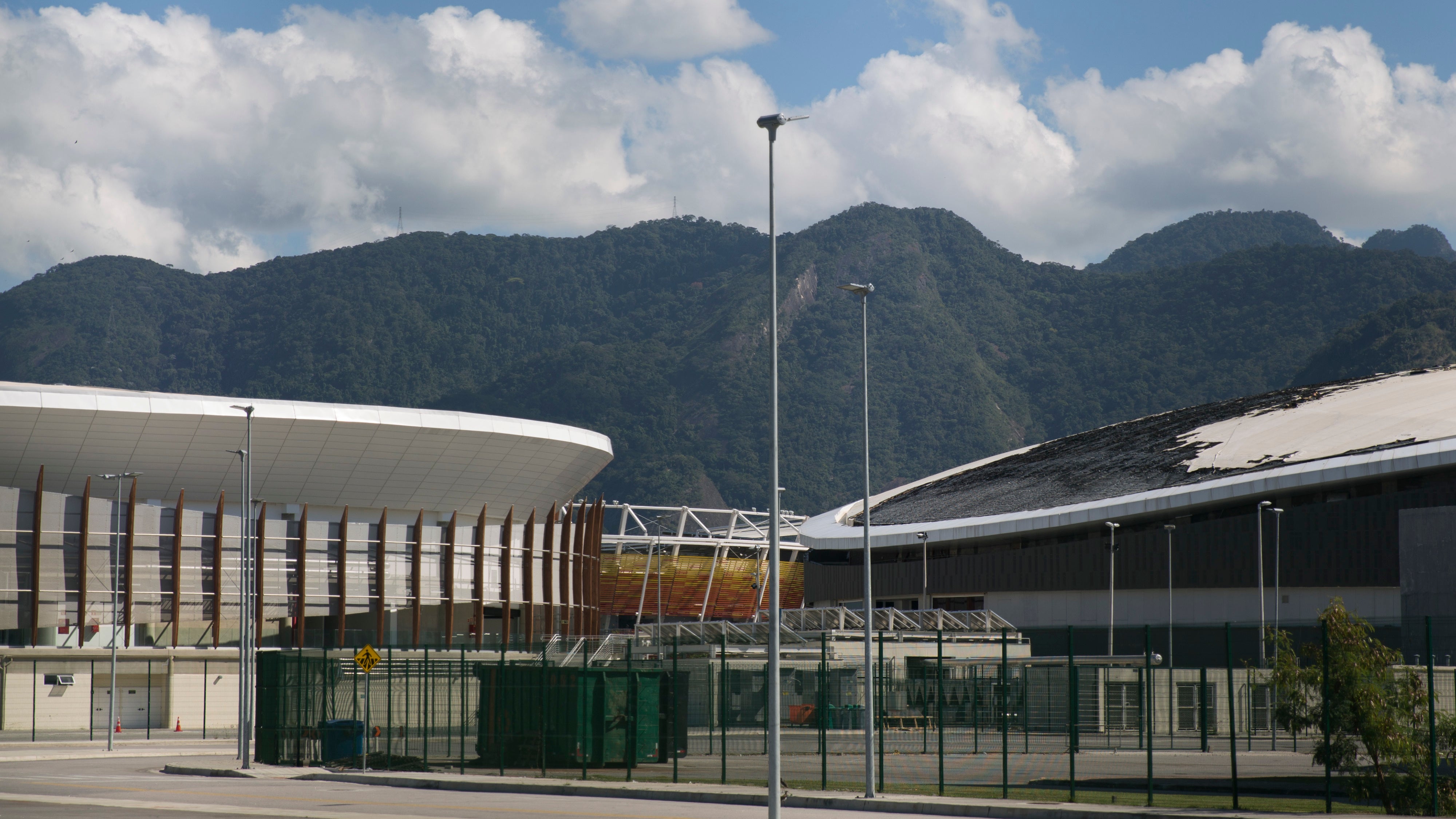 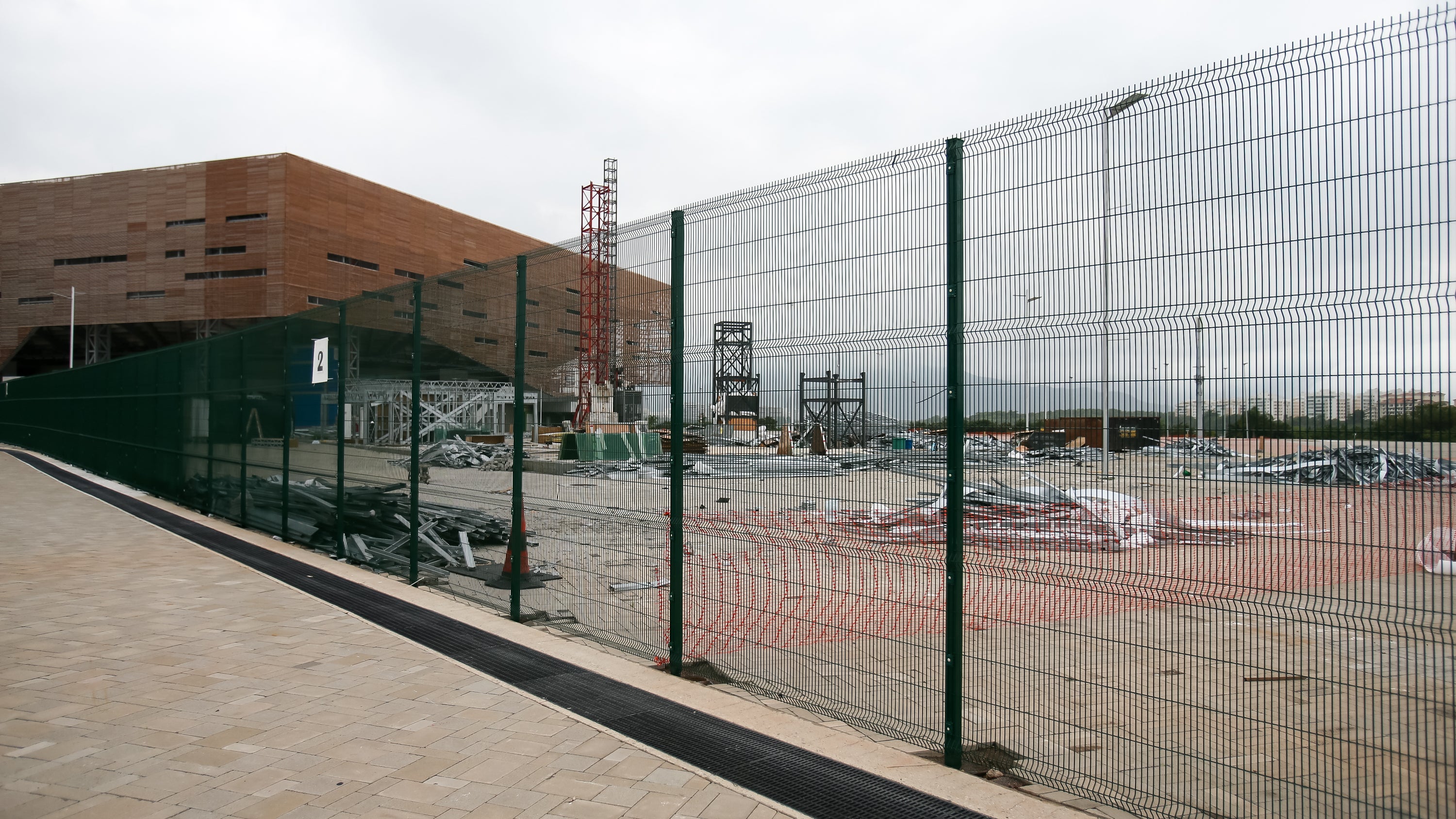 The largely abandoned Olympic Park used to be full of fans, but now it’s full of garbage. (Photo: Getty) 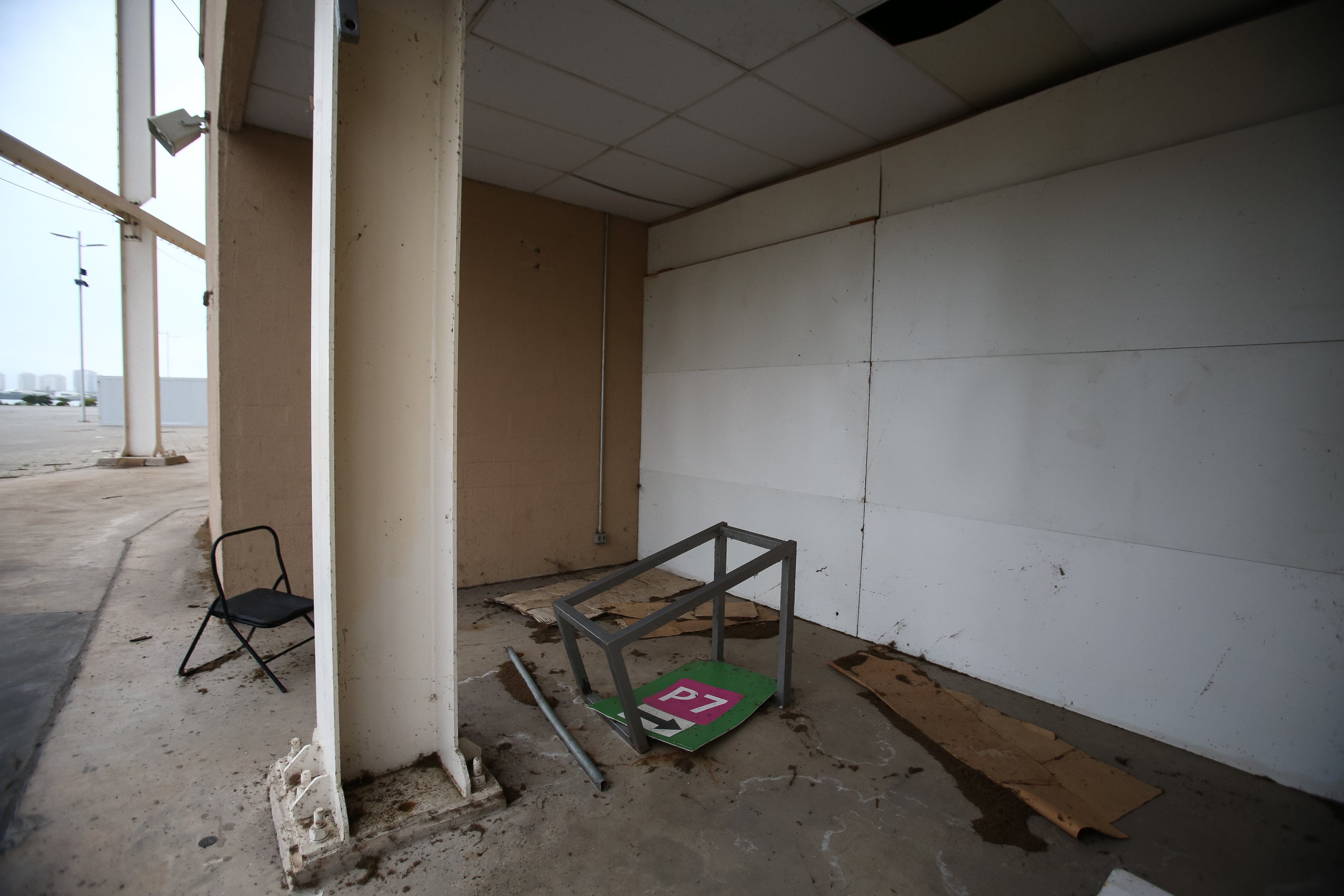 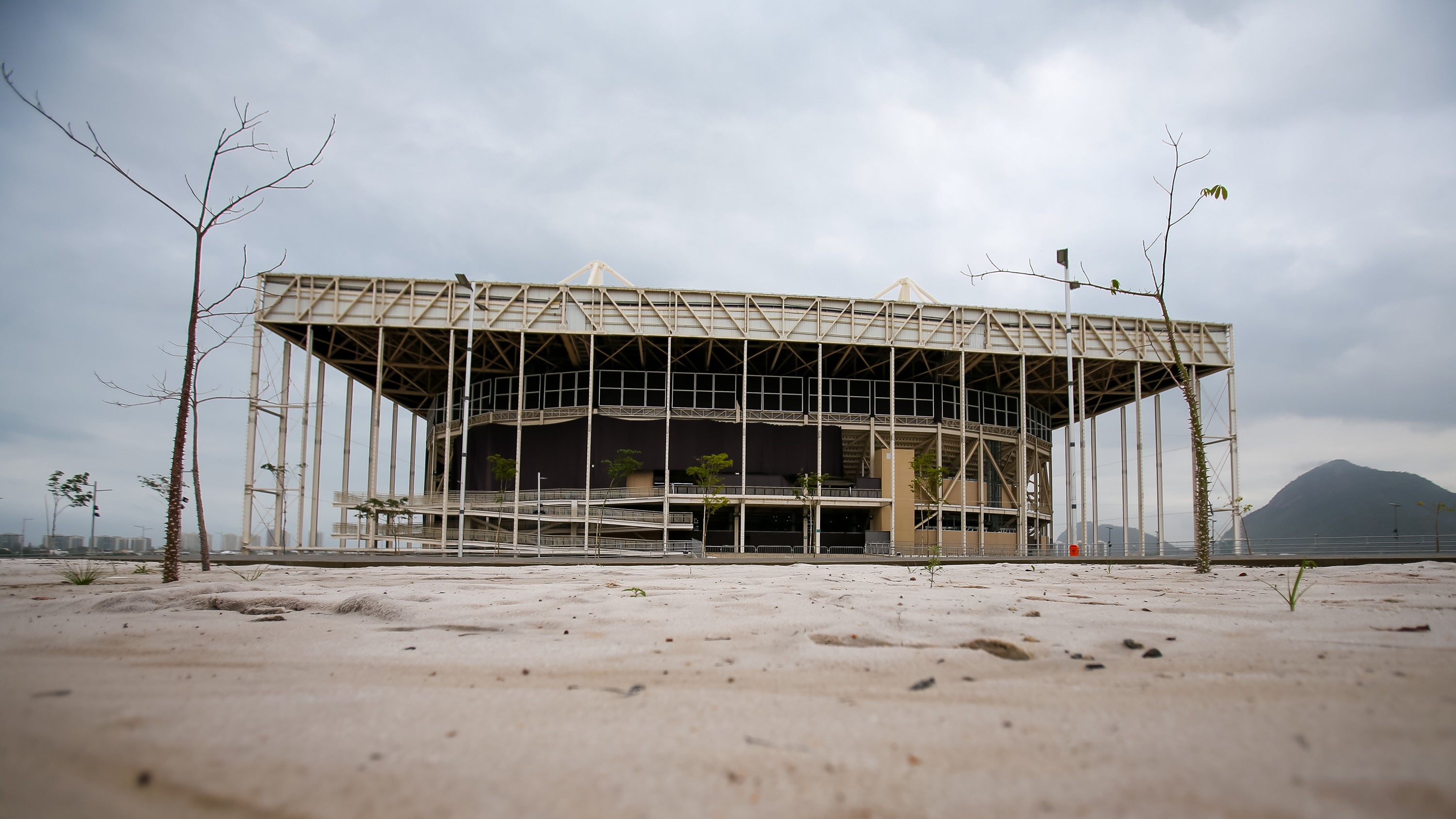 And finally, a daytime shot of the Aquatics Stadium which could be a set on the new Blade Runner movie. (Photo: Getty)