Rian Johnson Is Fully Aware The Last Jedi Might Sound Like Empire Strikes Back, And He Doesn’t Care 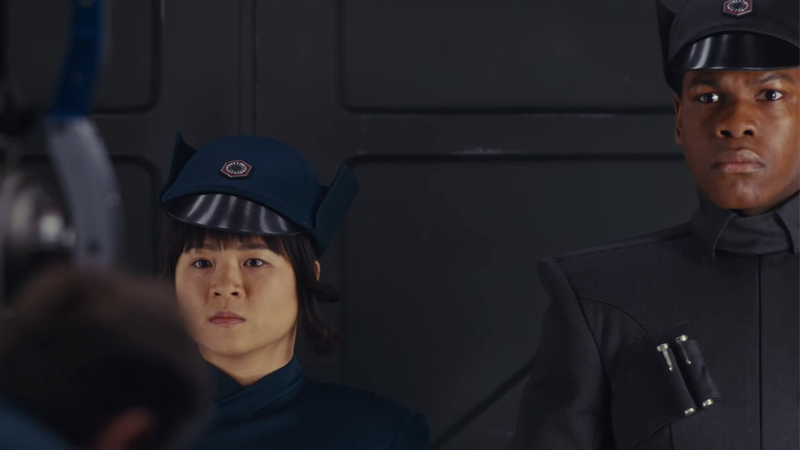 One of the most popular refrains used to critique The Force Awakens was “It’s just a remake of A New Hope!” And even before we got a look at The Last Jedi, people were ready to declare “It’s just gonna be a remake of Empire Strikes Back!” But Rian Johnson is more than happy to admit ESB‘s influence on the movie, and thinks that in the end, it doesn’t really matter.

Speaking as part of a larger piece for Entertainment Weekly about Finn and Rose’s journey in the Last Jedi — which will see a reluctant Finn, with a star-struck Rose at his side, go on a mission to the luxurious casino city of Canto Bight in the wake of troubled times for the Resistance — Johnson acknowledged that yes, it might all sound a little bit like Han and Leia visiting Cloud City, especially since Rey is off getting taught the Jedi ways by her curmudgeonly old mentor. But for Johnson, those structural parallels don’t matter as much as perhaps some fans would like to think they do:

I just tried to kind of ignore that aspect of it and have the story take the shape that it needed to. But look, Rey is off in a remote location with a Jedi master, and the Resistance is in a tough spot, and we’re intercutting those stories. By its very nature, there are some structural parallels. But these are new characters, they’re dealing with new things, and that ultimately is what defines the movie. So I think that’s going to be unique.

Somehow, I doubt that’s going to stop anyone from saying that The Last Jedi looks similar to a movie often recognised as one of the best sci-fi movies of all time like it’s a bad thing, but yes: Johnson is fully aware of the comparisons — he just thinks what’s new about The Last Jedi is going to be much more important.