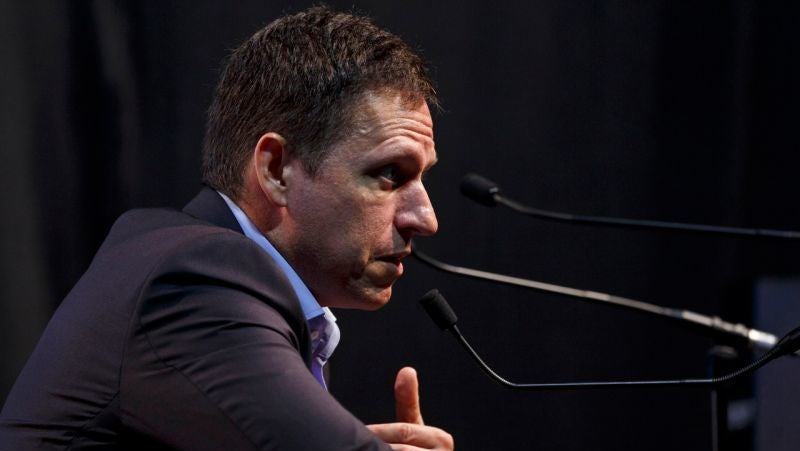 Silicon Valley billionaire Peter Thiel is among a group of investors backing the offshore testing of an experimental herpes vaccine — flouting US protections for patients in human clinical trials, in a move considered broadly unethical.

Thiel, who is an advisor to President Donald Trump as well as co-founder of the global spy software company Palantir, invested $US7 million ($8.8 million) in ongoing herpes vaccine research on the Caribbean island of St Kitts, according to a report from Kaiser Health News.

In addition to being a major tourism destination in the Caribbean, St Kitts is home to several offshore medical and veterinary schools, expensive for-profit institutions that students from the US typically attend when they can’t get into a program stateside. (While those schools have long been regarded as a scam, recently they have started to garner more respect.)

This makes the Caribbean an ideal location for an offshore trial.

The trial also has had the ongoing support of Southern Illinois University, the home institution of the study’s lead scientist, William Halford.

“The results were impressive,” a university press release wrote of one vaccine trial last winter, “suggesting a functional cure for the disease may be on the horizon.”

But without the oversight of the US Food and Drug Administration or the institutional review boards that typically oversee US trials, patients are at an increased risk. Jonathan Zenilman, chief of Johns Hopkins Bayview Medical Center’s Infectious Diseases Division, told Kaiser Health News that the trial was “patently unethical” and put patients at risk of death.

The risks of a trial using a live virus include infecting people with the virus.

The study’s 20 participants were flown from the US to the island several times to be vaccinated, according to the university press release. The study is being conducted through Rational Vaccines, a company co-founded by the study’s lead scientist.

The vaccine is designed to treat HSV-2, a more aggressive but less common strain of the usually sexually transmitted virus that typically causes genital herpes. While there is no cure, there are drugs to help keep it in check. In addition to outbreaks of embarrassing and painful genital sores, it can put people at increased risk for contracting other illnesses, such as HIV.

In a press release, Halford said that he had chosen to conduct the trial in the Caribbean because of cumbersome American regulations.

“If our work is approved by a country with a larger population and structures in place for FDA-like trials, it could be viable within three to five years,” he said in the release. “If we get a sizable country onboard for the trials and the vaccine is proven effective, the rest will take care of itself.”

In the US, Trump and FDA Commissioner Scott Gottlieb have pledged to speed up the drug approval process.

This is not Thiel’s first embrace of an unorthodox medical practice. Thiel has poured millions of dollars into startups working on anti-ageing medicines, for instance. Last year, Inc. reported that the eccentric billionaire is also interested in parabiosis, the practice of getting transfusions of young people’s blood.