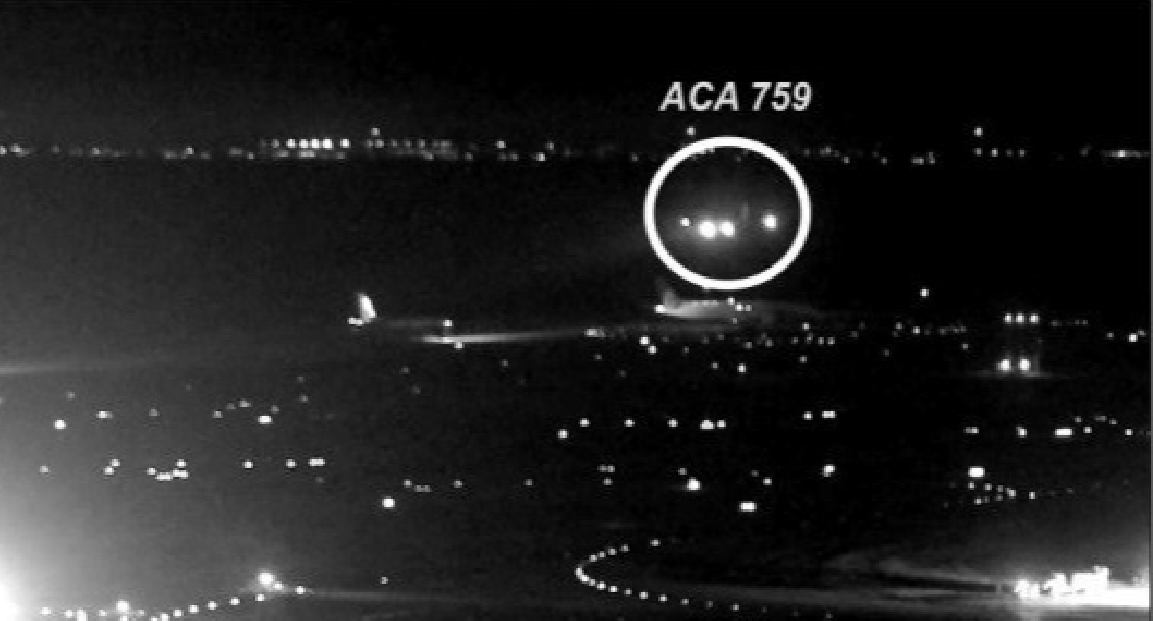 Last month, an Air Canada flight nearly ended in catastrophe, when the aircraft’s pilots descended less than 18.29m above other fully loaded planes on a taxiway at the San Francisco International Airport. Photos released by investigators on Wednesday show just how low the plane descended before pulling up to avoid the crash.

Around midnight of July 7, Air Canada’s Airbus A320 prepared to descend into the San Francisco airport, but the plane’s pilots had lined up with a taxiway that ran adjacent to the runway, according to a progress report from the National Transportation Safety Board.

Four planes were waiting to depart, as you can see in the photo below. 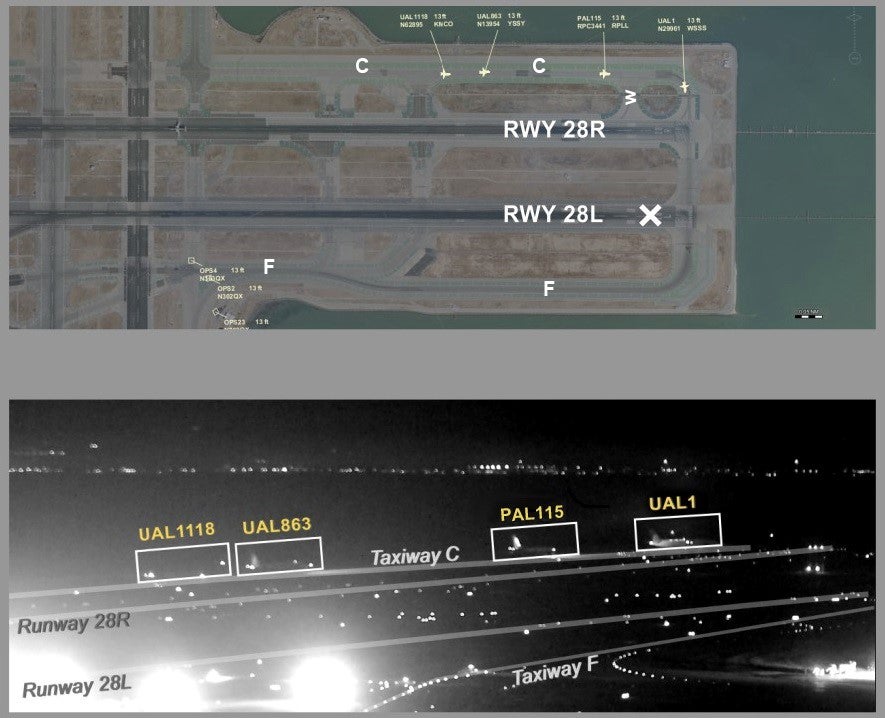 The plane was apparently so far off-course that it didn’t appear on the air traffic controller’s radar system, the NTSB said.

It was around then, a pilot from the United Airlines aircraft in front told air traffic controllers about the off-course jet. Behind it, the second plane switched on the aircraft’s landing lights as the Air Canada jet approached.

By the time the Air Canada jet was 85 feet above the taxiway, the aircraft’s pilots finally advanced the plane’s thrust levers to ditch the landing and veer upward, according to the NTSB.

“About 2.5 seconds after advancing the thrust levers, the minimum altitude recorded on the FDR was 59 ft agl.,” the NTSB said. If the photo up top is too blurry, here’s the original image showing how close it came. 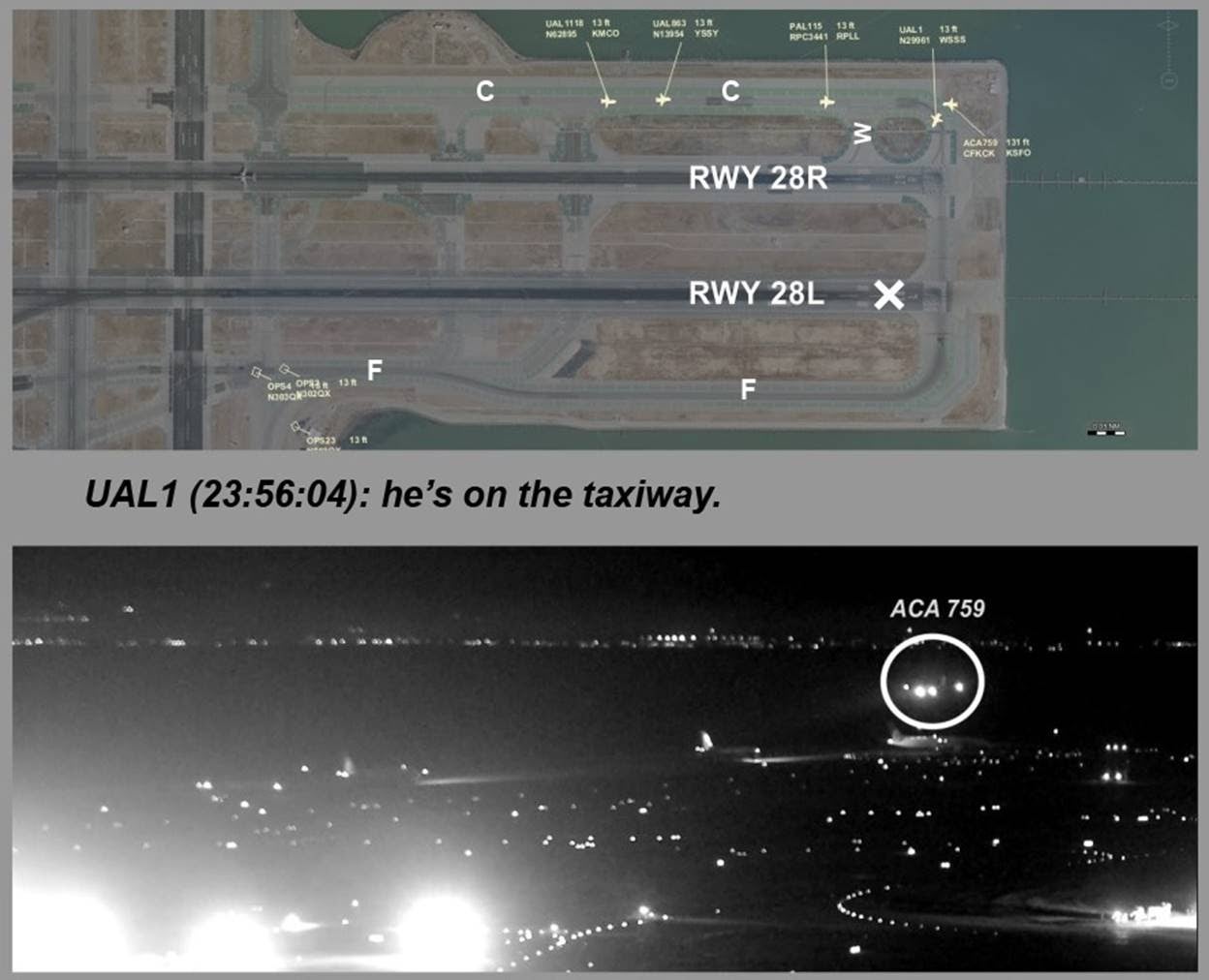 And here’s an image of the plane veering back up. 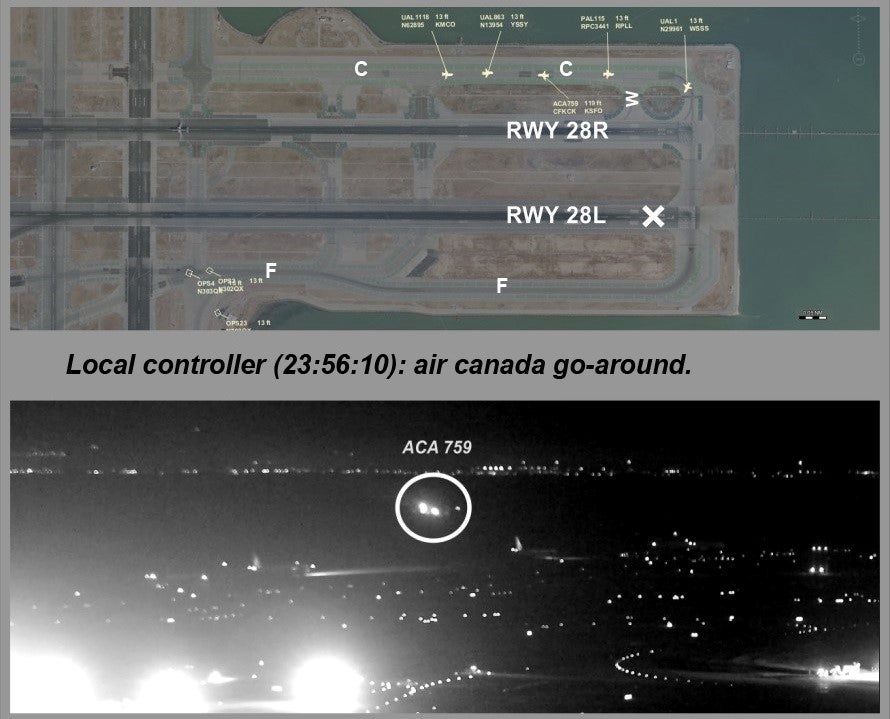 As we reported last month, the last-second manoeuvre averted what could’ve been the deadliest aircraft disaster in history, outpacing the Tenerife Airport disaster, which left 583 people dead.

Following the incident, both pilots in the Air Canada jet said they believed the plane was lined up with the correct runway. The pilots said they “didn’t recall seeing aircraft” on the taxiway they flew over, but added that “something did not look right to them.”

The NTSB said that investigators don’t have access to the plane’s cockpit voice recorder, as it had been overwritten during the next flight. Recorders only capture the last two hours of flying, according to The Associated Press.

Both pilots of the Air Canada plane had significant experience. The NTSB said the captain had over 20,000 flight hours, of which roughly 25 per cent had been spent in Airbus A320-series aeroplanes. The co-pilot had about 10,000 total flight hours, the NTSB said.

NTSB investigations typically last 12 to 18 months. A spokesperson for Air Canada didn’t immediately respond to a request for comment, but we’ll update this post if we hear back.