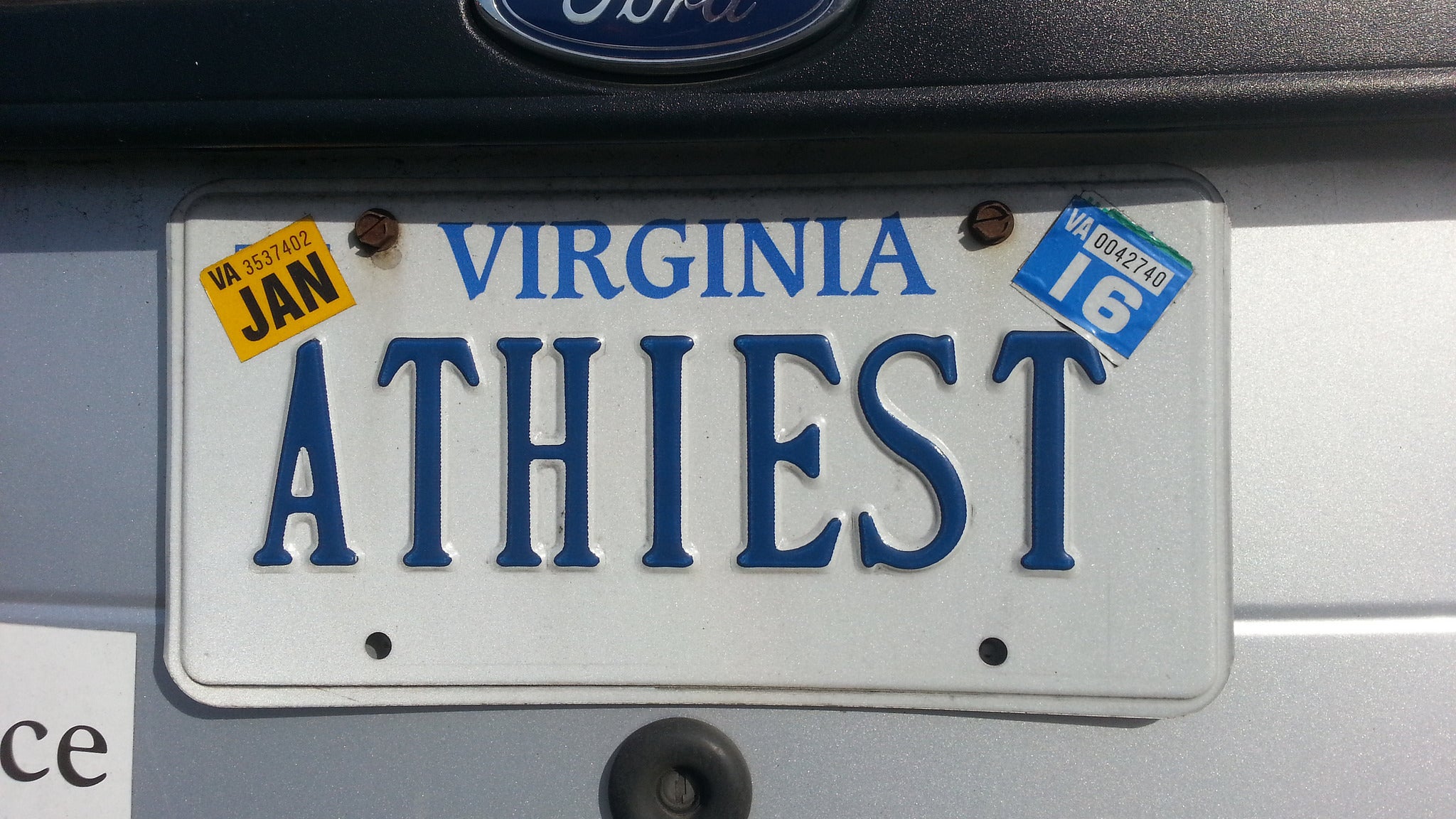 Religion has played an important part in countless wars, conflicts, terrorist attacks, murders and genocides, yet people seem to associate it with morality. In fact, these same people — even other atheists — seem to think atheists are the immoral ones.


Evidence that atheists are not smarter (Image: Eli Christman)

A new study from an international team of scientists tried to add some data to the “moral distrust” of atheists, a prejudice that exists in America and around the world. The research surveyed 3256 people from 13 different countries, and found that, sure enough, anti-atheist prejudices still exist among religious people and other atheists alike, in both religious and secular countries.

“Entrenched moral suspicion of atheists suggests that religion’s powerful influence on moral judgements persists,” the authors write in the article, published today in the journal Nature Human Behaviour, “even among non-believers in secular societies.”

Participants came from Australia, China, the Czech Republic, Finland, Hong Kong, India, Mauritius, the Netherlands, New Zealand, Singapore, the United Arab Emirates, the United Kingdom and the United States. While the amount of anti-atheist sentiment varied between countries, folks were always more likely to say the man was an atheist teacher than they were to say he was religious.

“Even as secularism reduces overt religiosity in many places religion has apparently still left a deep and abiding mark on human moral intuitions,” the authors write.

You might think that people simply associate immorality with disbelief in general, but further studies seem to point out that the sentiment is specifically expressed towards those who don’t believe in God.

If you’re an atheist, no need to worry (yet). This is just a scientific study and not necessarily a reflection of how people’s thinking actually plays out in the real world, Adam Cohen and Jordan Moon, psychologists at Arizona State University write in a Nature commentary. “Atheism is rarely the only piece of information known about interaction partners,” they write, “and it is possible that, when included with the social information that individuals collect naturally, atheism will be perceived as less indicative of immoral behaviour.” In other words, survey data doesn’t necessarily reflect the world as large, as is often the caveat of many lab studies.

Still, as mentioned, the data does seem to support a well-documented bias against atheists. To that I ask: What is wrong with everyone?