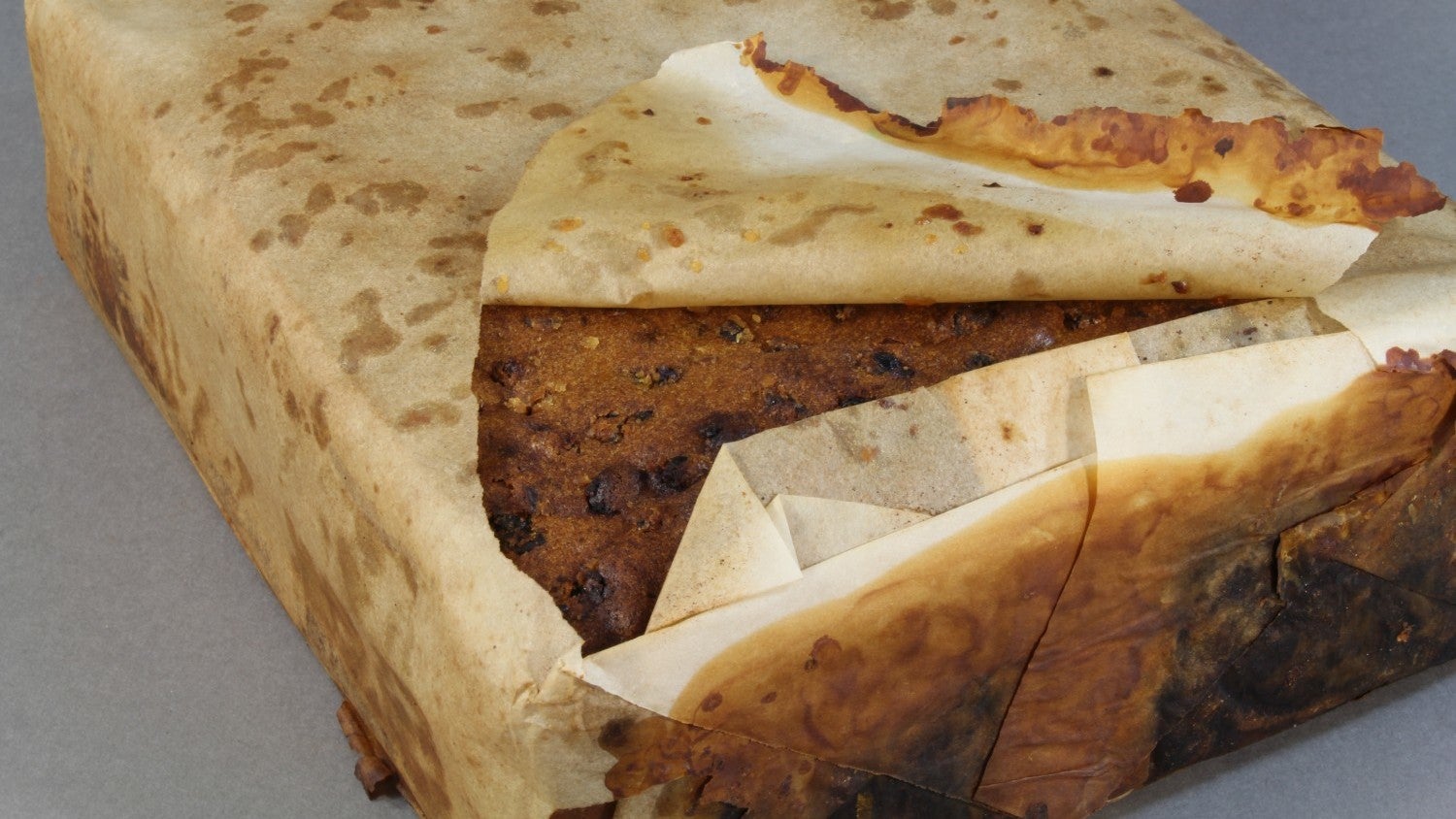 Conservators with Antarctic Heritage Trust have uncovered a perfectly preserved fruitcake that dates back to Robert Falcon Scott’s ill-fated Terra Nova expedition, which began in 1910.

Manufactured by the now defunct Huntley & Palmers biscuit company, the fruitcake was discovered in a long-abandoned hut at Cape Adare — an important landing site and base camp used by early Antarctic explorers. The cake, found inside a badly degraded tin box, was in remarkably good condition, appearing almost edible. 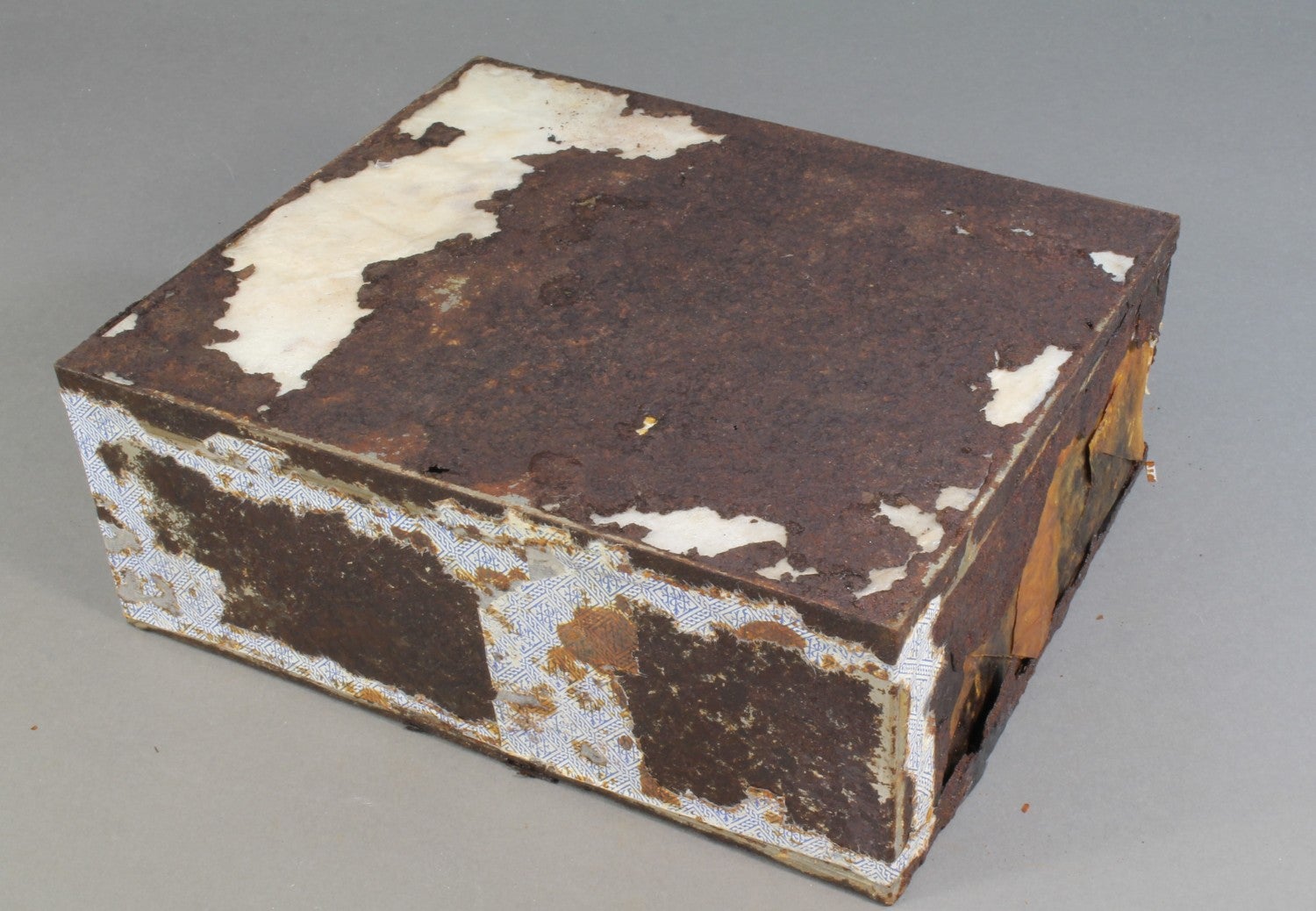 Since May 2016, the New Zealand-based Antarctic Heritage Trust, along with the Canterbury Museum Lab, has been preserving artefacts found at Cape Adare. Around 1500 artefacts have been recovered since last July.

“With just two weeks to go on the conservation of the Cape Adare artefacts, finding such a perfectly preserved fruitcake in amongst the last handful of unidentified and severely corroded tins was quite a surprise,” noted AHT program manager Lizzie Meek in a statement. “It’s an ideal high-energy food for Antarctic conditions, and is still a favourite item on modern trips to the Ice.” 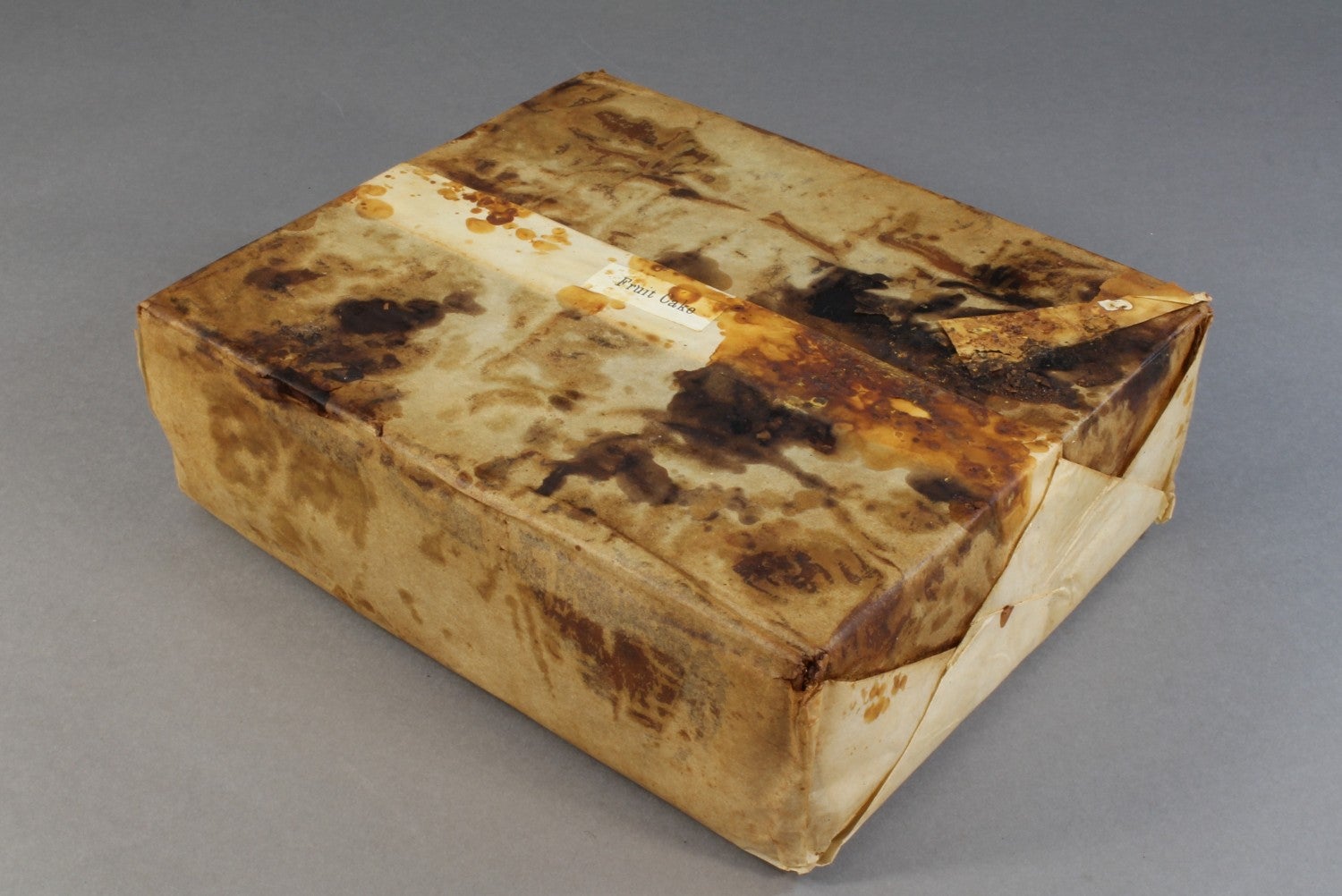 The fruitcake itself dates back to the Terra Nova expedition (1910-1913) headed by Robert Falcon Scott. Archival documents show that Scott took this particular brand of cake with him to Antarctica. The Terra Nova expedition was primarily scientific, but Scott also wanted to be the first person to reach the South Pole. His team of five eventually reached the geographic South Pole on 17 January 1912, only to find that a Norwegian team led by Roald Amundsen beat them by 34 days. Scott’s entire team perished on the return journey from the pole. Apparently, they could have used the fruitcake they left behind at Cape Adare. 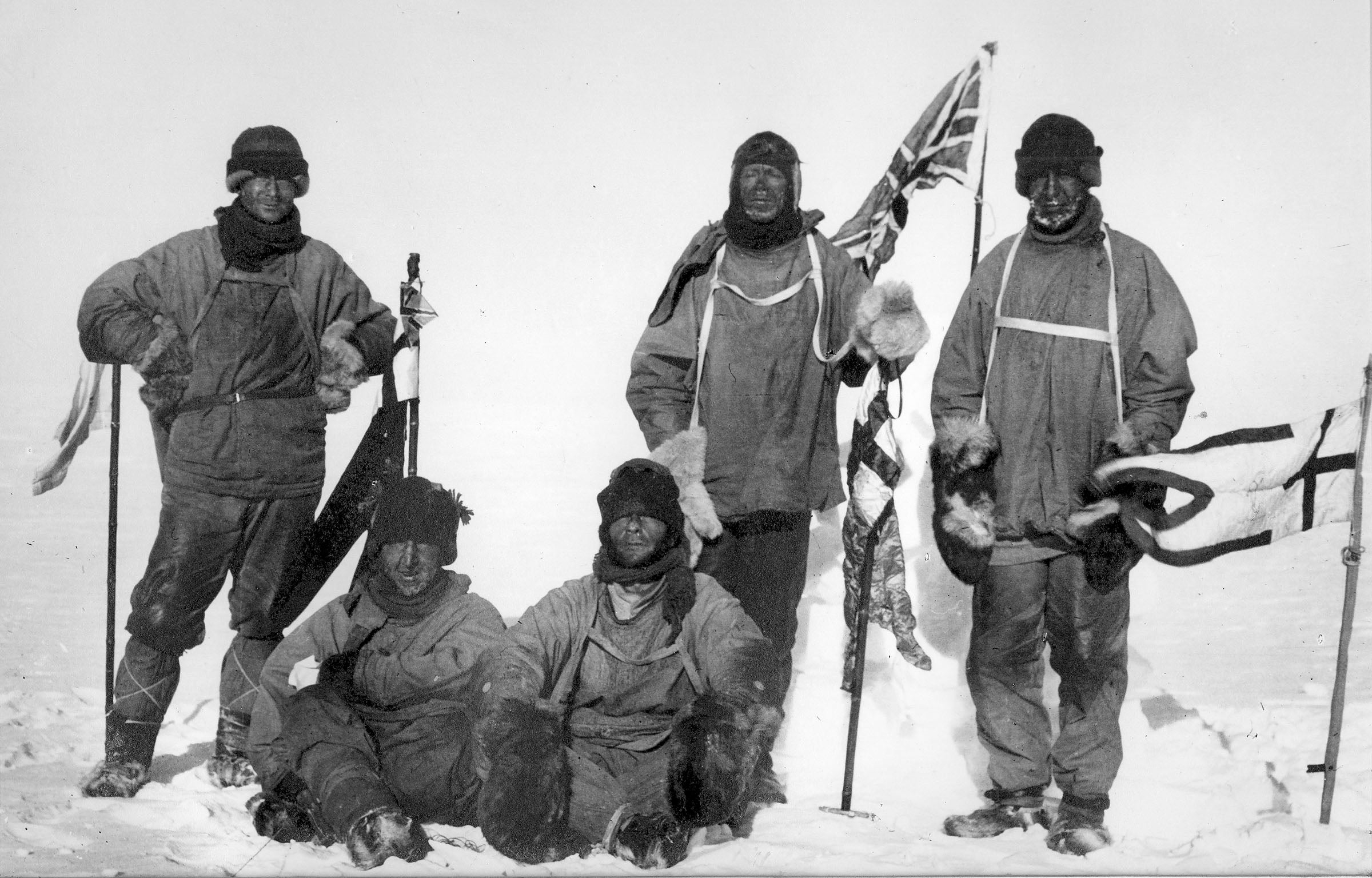 The AHT is currently doing its conservation work under a permit that will require them to return all items to the site once the huts themselves have been restored. These huts were constructed in 1899 by the Norwegian Carsten Borchgrevnik expedition, and later used by Scott’s party in 1911. The AHT is currently planning the conservation of these historic structures, which have been exposed to Antarctic conditions for over a hundred years.

To prepare the recently-discovered cake for its return, the conservators have removed all the dust from the tin, repaired the torn paper on the exterior, and applied stabilising chemicals to both the tin and the fruitcake, which was otherwise, incredibly, in “excellent condition”.

So it doesn’t appear that anyone will be eating this fruitcake any time soon, which is just as well. That’s one nasty dessert — whether it be a hundred years old or fresh out of the oven.