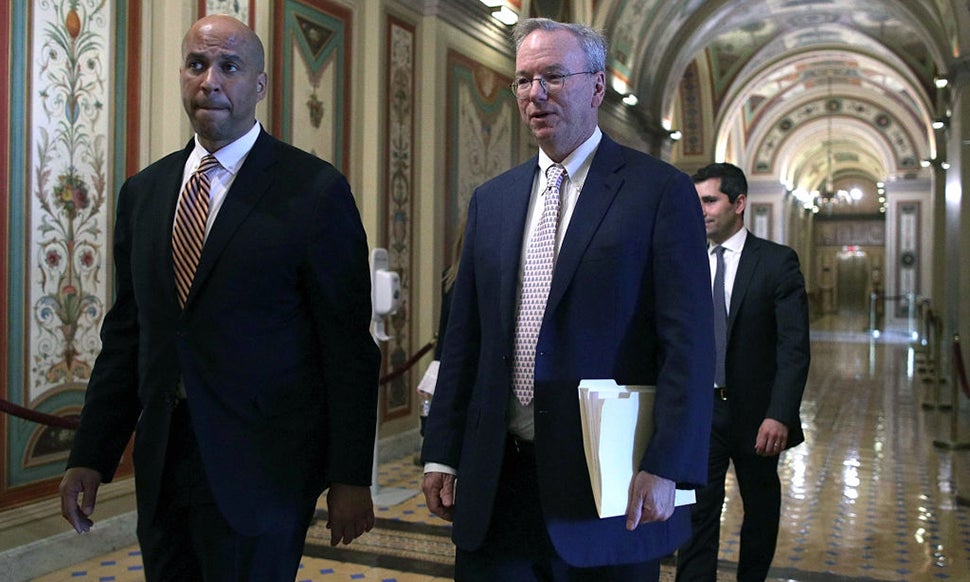 Politicians on both sides of the aisle are starting to wake up to the enormous power that tech companies wield, and there’s a growing sentiment that something needs to be done about it. But giants such as Google are extending their moneyed tentacles in all the right places to ensure silence in Washington, and they’re outpacing oil companies as the most influential corporate spenders. 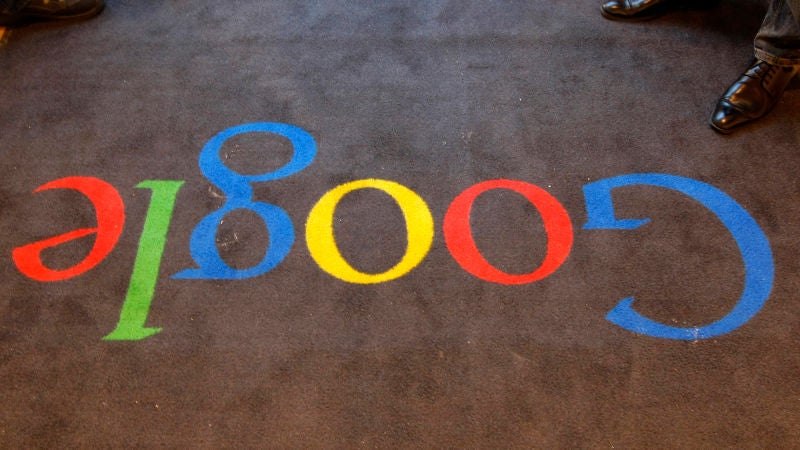 Following the laws of individual nations becomes a hell of a conundrum when your business fundamentally has no borders. But recent court cases are threatening to make the situation even more difficult by demanding that a country's laws be honoured by companies like Google all around the world. On Wednesday, an ongoing case with terrifying implications was kicked up to the European Union's highest court.

The New York Times reports that an influential think tank called The New America Foundation appears to have bowed to pressure from Alphabet’s executive chairman, Eric Schmidt, and dismissed one of its scholars following a critical statement that called out Google’s monopolistic practices. The author of the statement, Barry Lynn, claims that the foundation’s director, Anne-Marie Slaughter, worried that Google would cut off the millions in funding that it regularly supplies if the criticism continued.

Until recently, Lynn served as the director of the Open Markets Program at the foundation. Following the record-setting €2.42 billion ($3.64 billion) fine that the European Commission levied against Google for antitrust violations in June, Lynn published a statement that praised the decision. He called on the US government to protect “the free flow of information and commerce upon which all democracies depend”, which he characterised as being threatened by Google and “other dominant platform monopolists including Amazon”. Lynn tells the Times that shortly after his comments went online, Schmidt, a former chair of the group, contacted Slaughter to communicate “his displeasure with the statement”. In a statement to Gizmodo from a representative for Lynn, he wrote, “Within hours of the statement’s release, the corporation threatened to cut off all funding to New America.”

For a few hours, the statement disappeared from the foundation’s website before going live again. Word of Schmidt’s unhappiness spread through the organisation where one conference room is reportedly named the “Eric Schmidt Ideas Lab”. Some feared that the big money donations — $US21 million ($27 million) from Schmidt and Google since 1999 — could be at risk. Since it began spreading donations to lobbying groups and think tanks in Washington, Google has become a pervasive force in the world that shapes policy. The New America Foundation was able to establish itself as an influential voice on the left largely thanks to Google’s contributions. It has grown to employ over 200 researchers, writers and scholars. But as companies such as Google are becoming part of the problems that the group wants to solve, a moment of reckoning has apparently arrived.

In a matter of days, Lynn was asked to stop by Slaughter’s office and she informed him that the Open Markets Program would no longer be a part of the group. The researcher and about 10 others were dismissed from their roles and their work studying the power of telecom and tech companies would not continue.

Reporters for the Times were able to see an email from Slaughter to Lynn in which she said that Lynn was “imperiling the institution as a whole”. His statement may have signalled a tipping point, but the Open Markets Program had begun to bring high-profile attention to the ways that a handful of companies are controlling the tech industry. In June of 2016, the Open Markets Program held a high-profile conference at which Elizabeth Warren gave a fiery speech accusing Google, Apple and Amazon of using their influence to “snuff out competition”. The sentiment is spreading throughout politics and some sort of break up of the tech companies has even become popular among some in the Trump administration.

The situation at The New America Foundation is just one example of a larger issue spreading among policymakers, Lynn told the Times. “People are so afraid of Google now,” he said. Whether it’s in Washington or abroad, the tech giant is digging in as it fears tougher regulations and government takeovers. It has spent $US9.5 million ($12 million) on lobbying in the first half of 2017, putting it on track to blow past it’s spending the previous year. With $US9.57 billion ($12 billion) in profits in 2016, that number may seem small, but buying influence in Washington is cheap. Exxon Mobil spent $US11,840,000 ($14,985,308) in 2016, nearly $US4 million ($5 million) less than Google’s parent company Alphabet. Lynn insists that the company is deliberately having a chilling effect on the work of non-profit groups. According to financial disclosures, Google donated an unspecified amount of money to 170 non-profits this year. Before his program held its conference in 2016, Slaughter reportedly implored Lynn in an email to think about what he’s doing because the foundation was “in the process of trying to expand our relationship with Google on some absolutely key points”.

Lynn is now converting the Open Markets Program into a new organisation called Citizens Against Monopoly. On its website, the group claims that Google is “trying to censor journalists and researchers who fight dangerous monopolies”.

On Wednesday, The New America Foundation published a statement in response to the Times article. In the release, Slaughter patently denies any accusation that “Google lobbied New America to expel the Open Markets program because of this press release”. She writes that Lynn’s “repeated refusal to adhere to New America’s standards of openness and institutional collegiality meant that we could no longer work together as part of the same institution”.

In a statement to Gizmodo, a Google representative said, “We support hundreds of organisations that promote a free and open Internet, greater access to information, and increased opportunity. We don’t agree with every group 100% of the time, and while we sometimes respectfully disagree, we respect each group’s independence, personnel decisions, and policy perspectives.”

The strategy of buying silence through soft power speaks for itself. And paying out money to hold regulators at bay is significantly cheaper than allowing competition to make gains. Google is far from alone in its approach. Comcast, Microsoft, Amazon and Facebook all make the list of top spenders in the lobbying circuit and they’re all dominating areas of their industry.

But ruthless tactics may not last forever. Public sentiment appears to be turning against big tech and breaking up tech monopolies is a key facet of the new Democratic platform. On one hand, it’s understandable that a company such as Google fears being told how to conduct it’s business — governments can make some boneheaded decisions. But the solution to the problem has been there all along: Don’t be evil.