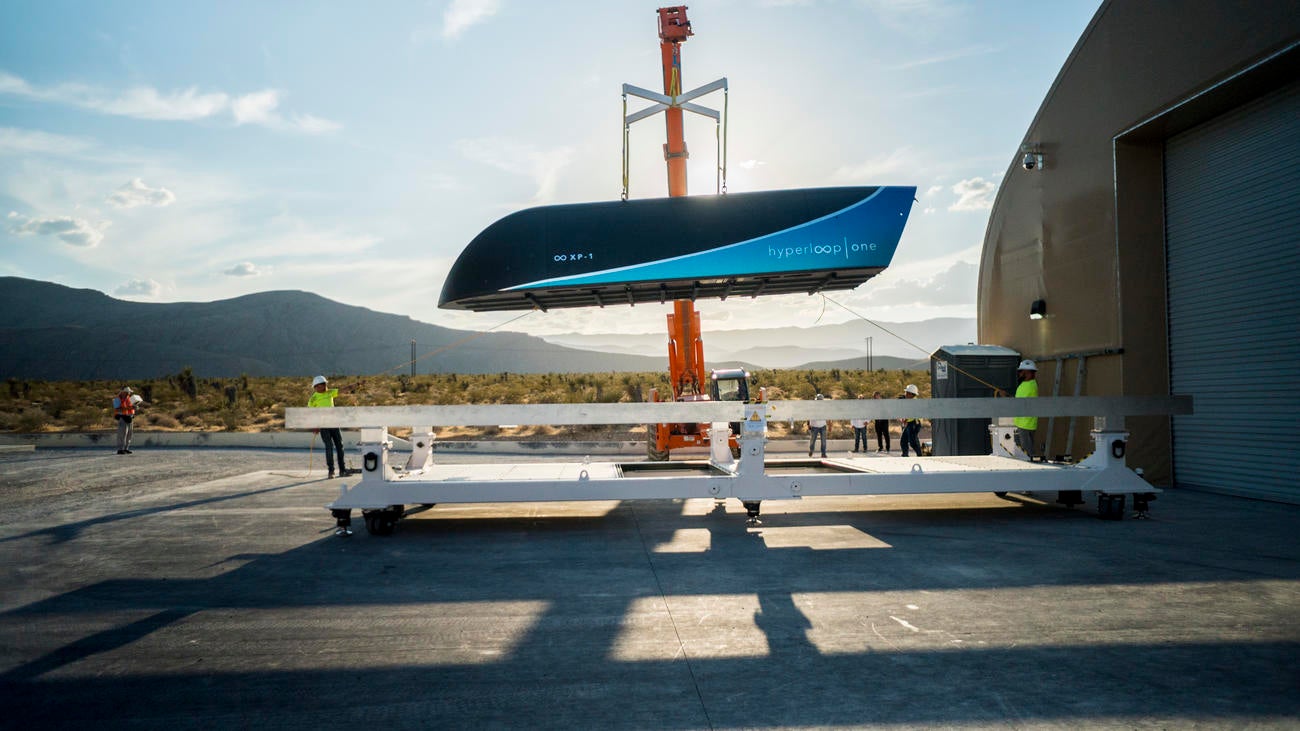 Hyperloop One recently crossed a major milestone, after it hurdled a vehicle through a vacuum-sealed tube at an eye-peeling 310km/h. That’s almost Formula One speed, and by God, it looks incredible. Too bad people inside the windowless pod will never get to see it.

The test took place over the weekend, when Hyperloop One loaded the 8.5m-long pod into a concrete tube in the Nevada desert. Per Elon Musk’s psychedelic plan, the company then sucked the air out of the tube making it about as thin as the air at 60,960m above sea level. Then the pod took off. At first, it used an electric propulsion system to bring it up to speed, and then, the wheels retracted so that a magnetic levitation system could take over. Then the pod really took off, topping out at that record-high 310km/h.

This isn’t the first full-fledged Hyperloop test from the Los Angeles-based company, though. Back in May, the company conducted an initial demo that saw the pod reach 111km/h on a 100m-long stretch of track. But eventually, Hyperloop One hopes to build a system that will go as fast as 400km/h on the test track. Even then, the technology still has a ways to go before it can clock the 800km/h speeds planned for the Abu Dhabi-to-Dubai route.

Let’s all say that again: The technology still has a ways to go. While the nuts and bolts of creating a giant pneumatic tube system that can blast pods over long distances at high speeds is here, a real Hyperloop that humans might use to commute faces plenty more challenges. Land rights, for one, could dictate the ultimate success or failure of the world’s first Hyperloop system. Even then, there are even greater political and bureaucratic challenges that the technology faces. The latest tests show that the Hyperloop isn’t quite a fantasy. But it’s not quite a reality yet, either.

But forget all that boo-hoo business! Let’s all just sit back and enjoy the ultra futuristic marvel of a giant pod zooming through a vacuum tube at crazy speeds. Let’s look at the lights as they zoom overhead, like you’re speeding across the grid in Tron or bringing the ship up to warp speed. Let’s enjoy the laser-themed graphics on display through the window of the po — oh wait. The Hyperloop pod doesn’t have any windows, so we won’t actually see any of this cool stuff. Looks great in the YouTube video, though.