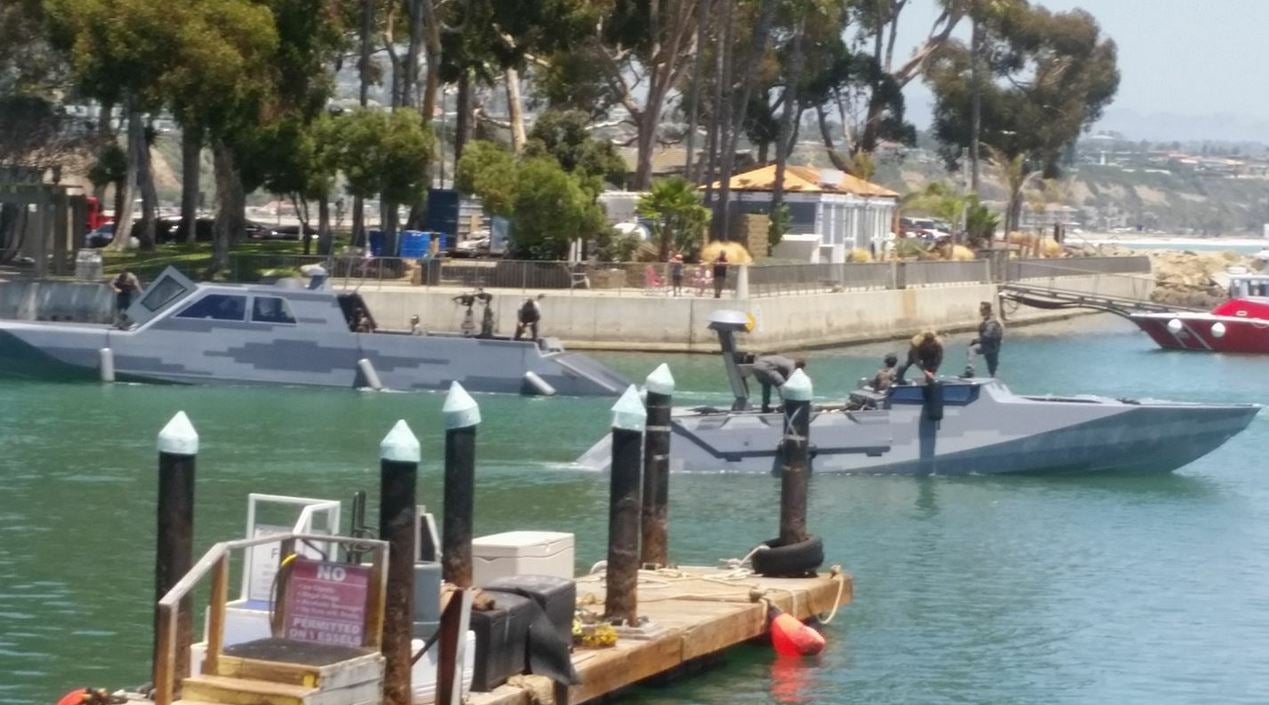 On July 12th, a member from a popular boating message board posted a photo of some boats he didn’t recognise near Dana Point, a small city on the California coast halfway between LA and San Diego. Someone responded to the post with speculation that it might be the Mexican Navy. And then the internet’s game of Telephone did its magic before a reputable news outlet discovered they were actually Navy SEALS.


The 12 July 2017 photo from Dana Point, California that sparked guesses that the Mexican Navy had arrived in the US (Photo from BoatDesign.net)

Commenters on BoatDesign.net, a popular boating web forum, speculated that the photo could show the Mexican Navy just filling up during a stop along the California coast:

Could be CB90-class fast assault patrol boats of the Mexican Navy who uses them to protect ships and passengers from acts of terror and terrorism as Mexican and U.S. homeland security measures

People posted photos of similar looking boats that were confirmed to be of the Mexican Navy: 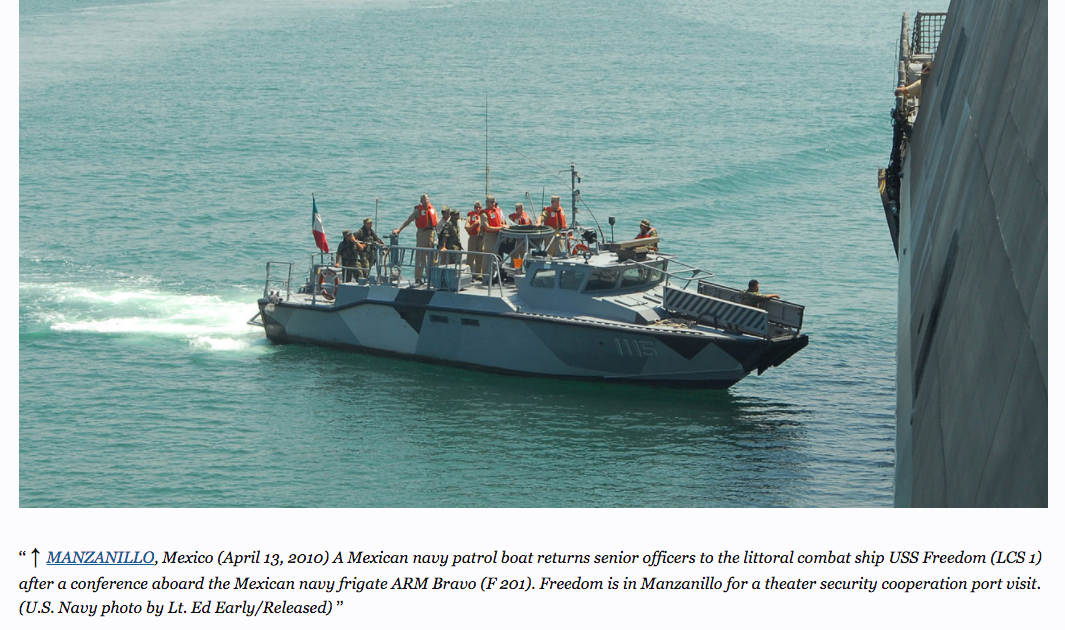 Photo posted on the boating enthusiast’s website BoatDesign.net purporting to show a Mexican Navy patrol boat that looks similar to the boats spotted in Dana Point

The boats indeed looked similar, but not the same. Which is an important distinction when you’re trying to identify military vehicles of any stripe.

A few weeks later on August 1, a website called The Log: California’s Boating & Fishing News picked up the story, writing that it was “able to confirm both vessels were indeed part of the Mexico Navy fleet, as a few people on the internet guessed”.

Nordhavn’s Justin Zumwalt caught some post-Fourth of July fireworks on the water in South Orange County as a pair of Mexican Navy stealth vessels visited Dana Point Harbour. These boats might have been moving around out in the open for all to see, but no one really knew why these vessels were visiting Dana Point Harbour in the first place.

At least three agencies — O.C. Parks, Orange County Sheriff’s Department and U.S. Coast Guard — had no information available as to why these two vessels were in Dana Point, let alone their agency of origin. There were also threads online about these two vessels, with some surmising they were actually part of Mexico’s Navy. Even others pondered whether the Department of Homeland Security launched a pair of immigration enforcement vessels.

The original poster on the boating web forum even went back and published The Log’s article in a follow-up saying that the boats were indeed from the Mexican Navy. But others on the forum weren’t so sure.

As it turns out, the boating news site was wrong. The vessels weren’t from Mexico, despite their “confirmations”. The internet sleuths were mistaken and so was The Log. The Orange County Register finally got in touch with someone at the Orange County Sheriff’s Department who knew what they were talking about. The boats were actually US Navy SEALs.

“This is the second time they stopped in our harbour,” Sgt Rich Himmel told the OC Register, speaking about the SEALs.

“If the Mexican Navy were in the harbour, we would be informed ahead of time by the Department of Defence or Homeland Security,” said Himmel.

So there you have it: The Mexican Navy invasion that wasn’t. For all the talk of crowdsourcing and internet sleuthing being the future (CBS even has a new show with that exact premise called Wisdom of the Crowd) it turns out crowds can be pretty dumb.

[OC Register via Stars and Stripes]