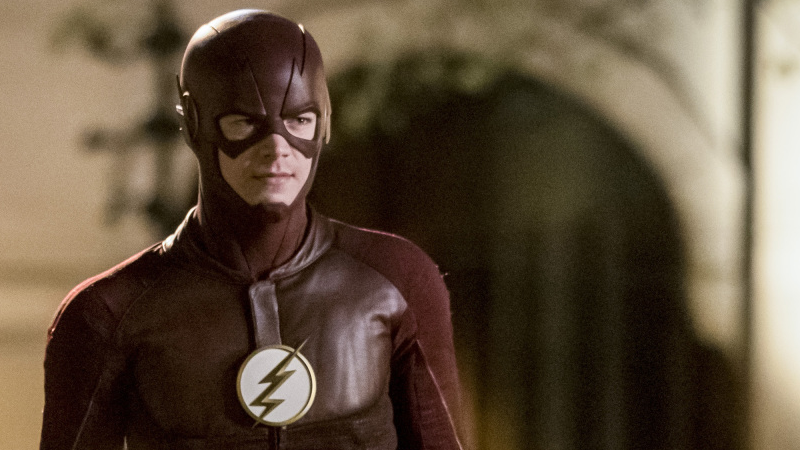 The Flash‘s third season had a few problems — whether it was a way-too-slow-burn on revealing its big bad, or the eventual reveal that its big bad was actually basically the same big bad it had done for two seasons already. But one of its biggest problems was that its main character was kind of a terrible jerk… and the guy playing him agrees.

Speaking to Cinemablend at San Diego Comic-Con recently, Grant Gustin discussed how the fourth season of the show will see Barry become a changed man in the light of his time in the speedforce at the end of season three. This is a good thing, because all he did in season three was forget everything he’d learned up until that point and make selfish, misguided decisions (like, say, messing up all of time) that actively harmed everyone around him:

That was always the goal for our show was we were going to be the lighter, funnier show. And you know, sometimes storylines just take you where they take you. I think just because of all the time travel that Barry Allen did, and all the repercussions it had, it took us down the “Flashpoint” road, if you will. We really didn’t do “Flashpoint” for long, but we dealt with the repercussions for an entire season. Barry wasn’t only the big bad at the end of the year, but he was kind of the villain of the season because it was his fault that everything happened. So we’re going to get back to our roots a little bit, and because of this experience in the Speed Force, Barry’s able to let go of things and move on, and he’s able to help the team move on, and the show can get back to its original roots where Barry enjoys having these powers and has fun, and the whole team has a little bit more fun.

I mean, OK, Barry was also literally the villain of season three — because Savitar was revealed as a future incarnation of our beloved speeding goofball of a hero who was evil and decided to screw with his past self’s life for giggles. But it’s nice to at least see Gustin and the Flash team at large acknowledging that the show is at its best when Barry can grow and learn from his mistakes, and enjoy being the hero he was developing into throughout the first three seasons.

So far we’re hearing a lot of positive things about The Flash‘s fourth season; hopefully, the show lives up to those statements of reassurance and gives us a happier, less jerk-ish hero to watch.