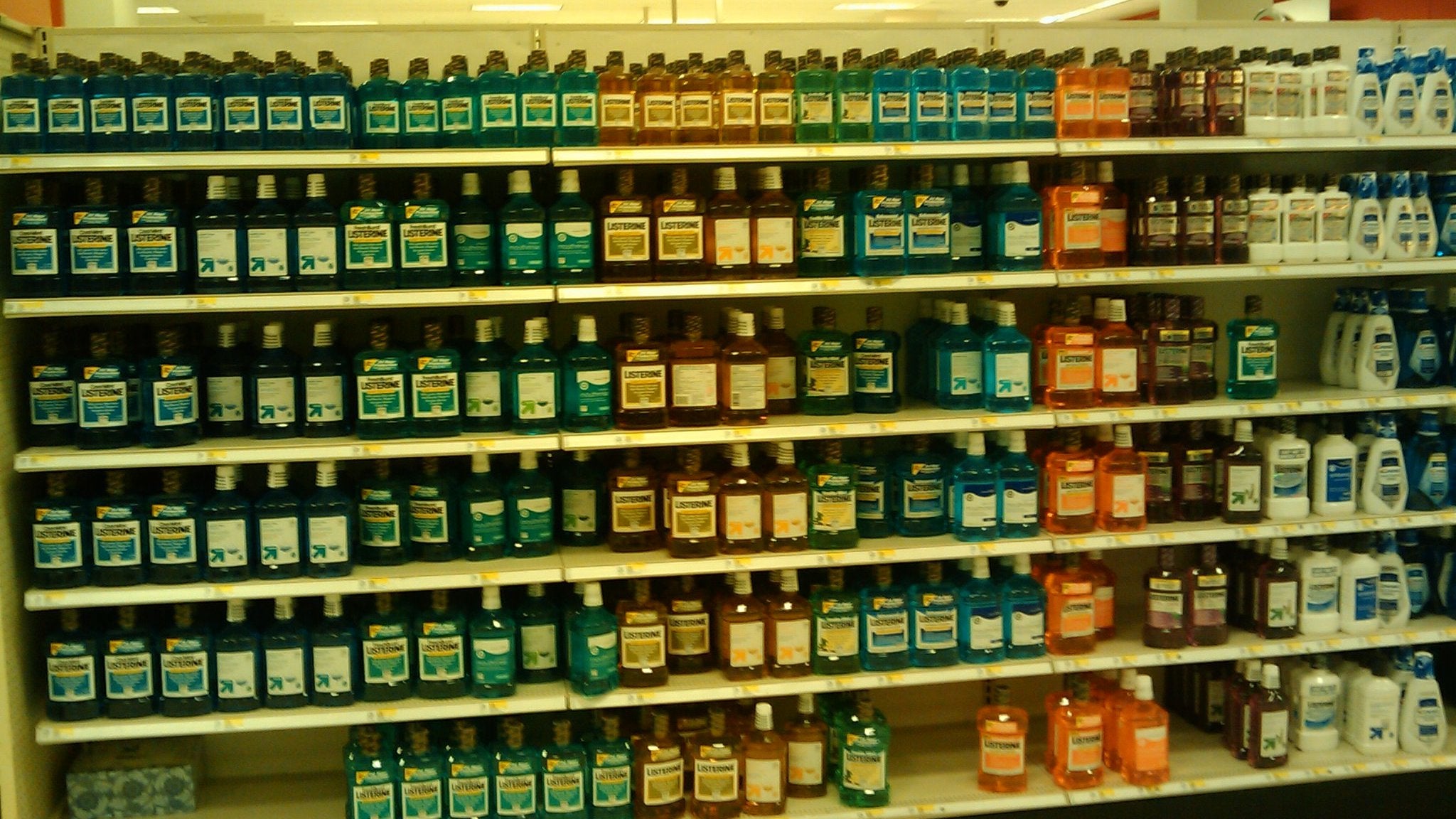 There are many bad things to worry about. Be it climate change, diseases, sick dogs or ticks, life is just chock full of worry. So, here’s another thing: Virtually everything in your medicine cabinet. Sorry 🙁

Don’t freak out, because there isn’t enough information to know how bad the chemical is, and well, the human lifespan is still around 80 years. But scientists have found an antimicrobial chemical in “hand lotions, toothpastes, mouthwashes, nasal sprays, lozenges, deodorants, intravaginal sponges, and in multidose pharmaceutical formulations, such as eye drops” that could potentially have negative consequences on human cells.

The chemicals in question are quaternary ammonium salts, or QUATS. Researchers first discovered their antiseptic qualities in the ’30s and since then, as folks have tended to do with chemicals in the past, they put them in a lot of products. The FDA decided that QUATS in “over-the-counter consumer antiseptic products intended for use with water” were no longer generally recognised as safe in 2016. So the researchers decided to study some QUATS effects on how one part of cells, the mitochondria, functioned.

Obviously, the chemical was bad.

There are certainly caveats here: The study was done in a cell culture, not in humans, and done with the individual chemicals, not with the products the chemicals come from. Scientists just don’t know how these products are affecting our cells yet. “Tissue-level exposures resulting from the use of personal care products that contain these compounds are unknown,” they write in the paper, published in the August issue of Environmental Health Perspectives. The National Library of Medicine’s TOXNET says of cetylpyridinium chloride, the QUATS the researchers spent the most time on: “Significant toxicity is rare after exposure to low-concentration products that are typically available in the home.”

Have you read White Noise by Don Delillo? I just finished it. The main character’s biggest fear is death, then he’s exposed to a chemical. No one really knows what the chemical does (except for the fact that it’s toxic), but he freaks out anyway, feeling like he now has an expiration date on his life.

Anyway, hopefully this article doesn’t do that to you, because scientists don’t know QUATS’ effects for sure, nor do they know whether the risk of the QUATS outweighs the risk of the bacteria they kill. So anyway, sorry. The 21st century is just a stressful time.