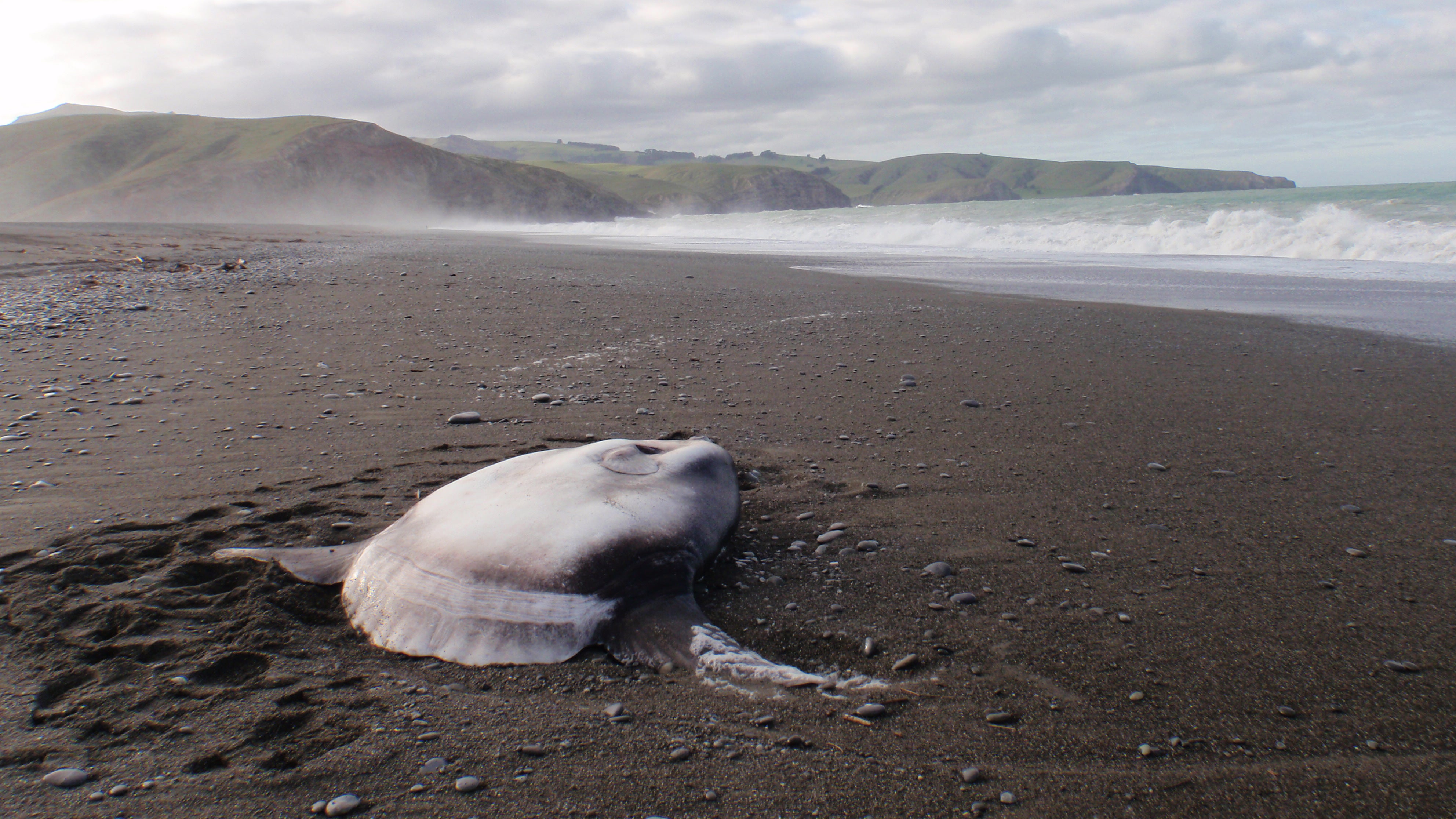 Sunfish are the living, breathing embodiment of a dad joke — it’s kind of funny, but you feel disappointed in yourself for laughing at it because it’s painfully silly. Known as the world’s largest bony fish, ocean sunfish — which make up the genus mola — look like a drunk person’s rendition of a fish, or rather, a person who’s never seen a fish’s rendition of a fish.

For the last 125 years, only three species of mola had been confirmed. But after a four-year-long hunt, researchers at Murdoch University in Australia have discovered a fourth species of ocean sunfish they call Mola tecta, or the “hoodwinker mola”.

“A new species had been hiding in plain sight for centuries, which is why we ended up calling it Mola tecta: the hoodwinker sunfish,” Marianne Nyegaard, a PhD student at Murdoch University who led the research, wrote in The Conversation.

After analysing more than 150 samples of sunfish DNA, Nyegaard found there was one type that didn’t neatly fit with the three previously recognised species. While she suspected it was a new species, Nyegaard had no idea what the sunfish looked like or where it was hiding. But in 2014, she travelled to Christchurch, New Zealand to observe four beached molas and found the sunfish she’d been searching for. It was dead on a beach, but still, it was something. 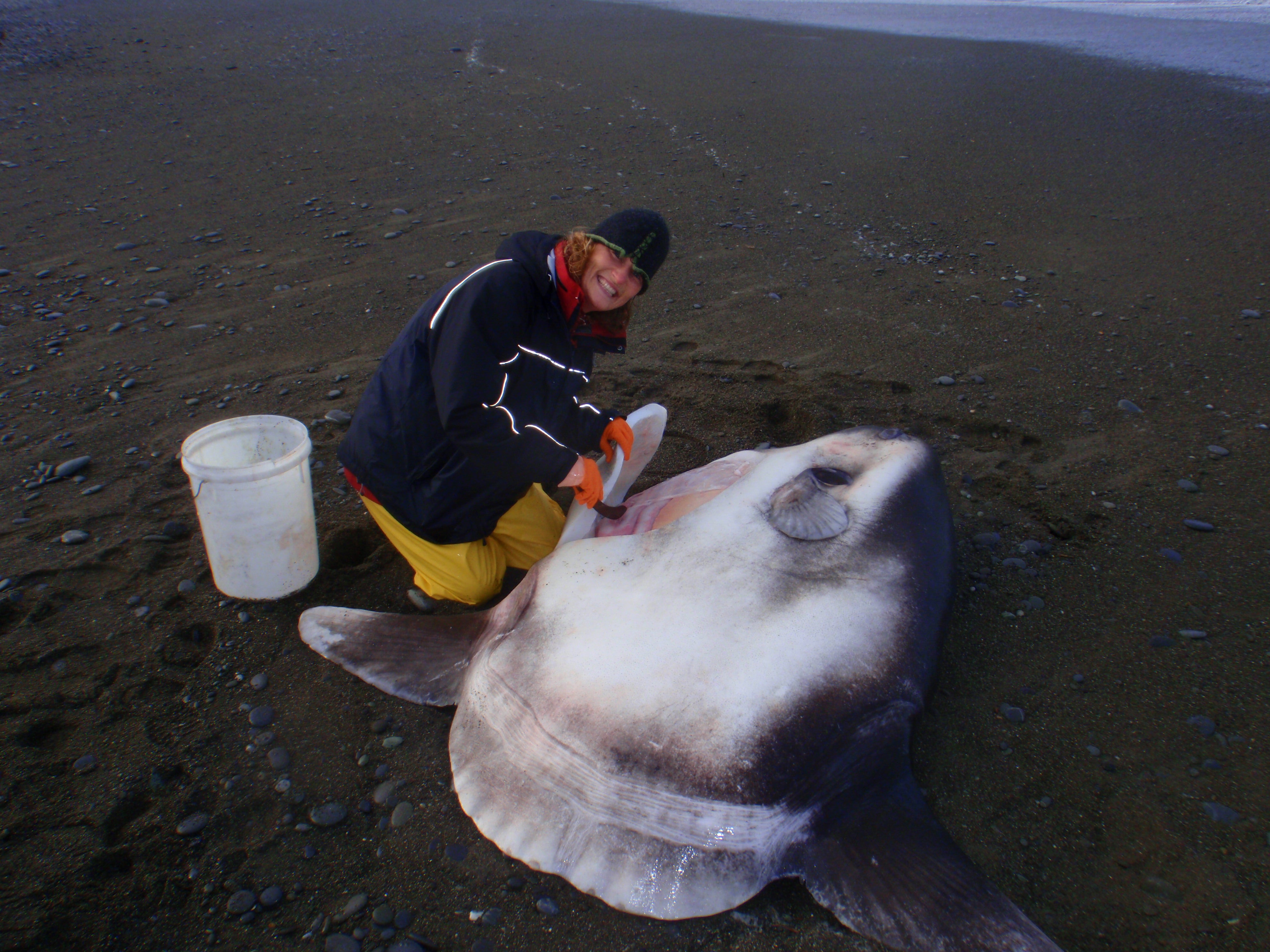 Since then, Nyegaard and her team have found the hoodwinker off the coast of Australia, New Zealand and southern Chile. She and her researchers recently published a study about the new species in the Zoological Journal of the Linnean Society.

“We found enough fish to describe this species on a size spectrum of 50cm to nearly 2.5m,” Nyegaard wrote in The Conversation. “Unlike the other species, they don’t develop lumps and bumps as they grow; instead their body dimensions stay pretty much the same between juveniles and adults. Their back fin is separated into an upper and lower part, with a small flexible piece of skin, which we have termed the ‘back-fold,’ connecting the halves.” 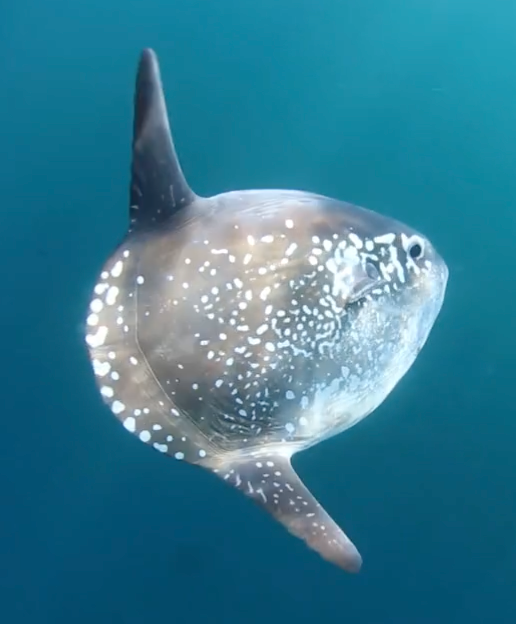 Despite weighing up to two tonnes and looking like giant sea smudges, sunfish can be difficult to find because they dive down deep to feed. Still, according to BBC reporting, they spend about half their day near the water’s surface, sunning themselves to get warm after those chilly dives into the ocean’s depths.

Nyegaard and her team are still trying to pin down the exact regions Mola tecta lives in. It’s hard to believe these massive sea flaps could still elude brilliant scientists, but nature doesn’t always make sense.

[Zoological Journal of the Linnean Society]