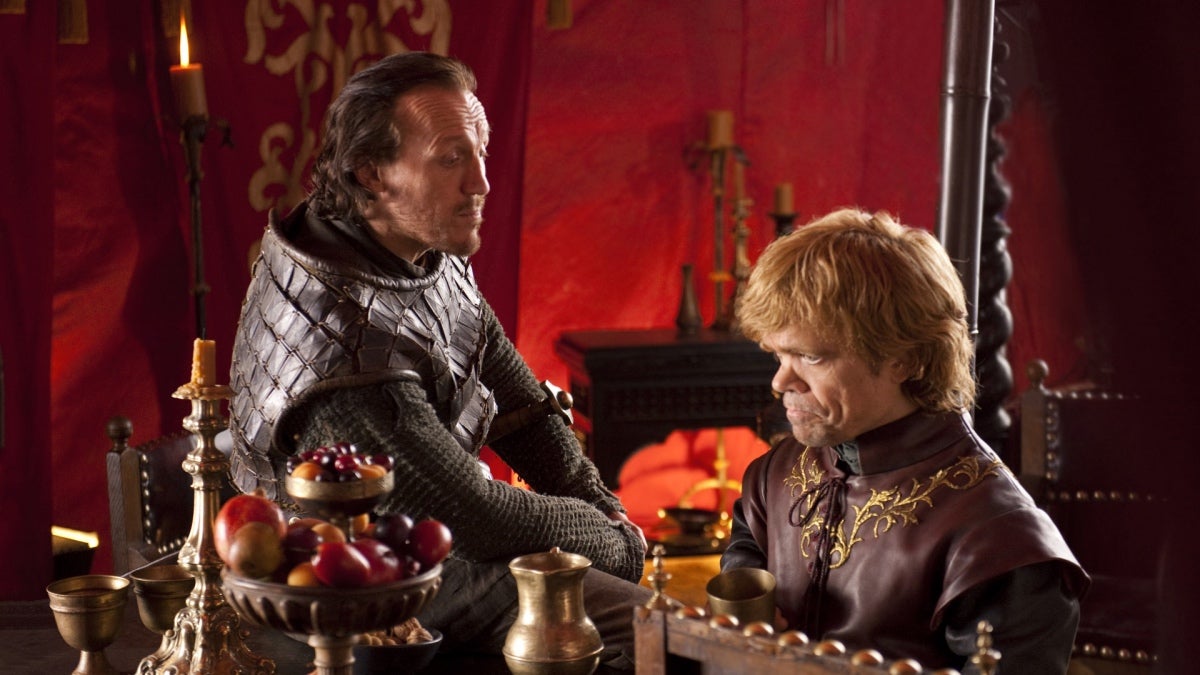 This latest season of Game of Thrones is all about unions and reunions, because we have to bring everyone together before they can all be killed by White Walkers. But for some reason, there was one vital reunion that looks to have been wrongly left out.

Actor Jerome Flynn, who plays Bronn of the Blackwater, told The Hollywood Reporter that there was originally going to be a scene between his character and Tyrion Lannister, leading into Tyrion’s tearful reunion with his brother Jaime. But for some reason, they decided against filming it.

“Originally, I heard there was going to be one. They decided not to go for it,” Flynn said. “There’s something, I hope, that’s still to come, where Bronn and Tyrion might have a little bit of time for an exchange together, and shoot the breeze, as it were. Hopefully there will be some old Bronn and Tyrion dynamics coming up again.”

Given that season seven is basically the medieval version of Romy and Michele’s High School Reunion, cutting this encounter feels like a huge missed opportunity. Bronn owes a lot to Tyrion, who brought him up from nothing. But Bronn proved indispensable to him and the kingdom, and it was amazing to see a self-made man grow and thrive in King’s Landing. Ultimately, Tyrion’s antics and Bronn’s desire to survive drove them apart, leading to Bronn working for the very people who want his former lord killed.

“Sure, there’s a fondness [for Jaime], but it doesn’t come close to what he feels toward Tyrion. I really do think there’s a bond between himself and Tyrion. He sees an underdog and an outcast in Tyrion, and he sees some of himself in that,” Flynn said.

Plus, Bronn is the reason Tyrion and Jaime were able to meet in the first place, and we have no indication how that set-up even happened. Did Tyrion bribe him with money, which Bronn took after losing all his gold in the Loot Train Battle? Or did Bronn sympathise with the man who first believed in him, betraying his kingdom for the sake of friendship? We have no way of knowing.

And since it looks like Cersei could punish Bronn for his actions, we might never know… though Flynn seems confident that Bronn isn’t going anywhere any time soon. Game of Thrones returns with the penultimate episode of season seven this Monday.