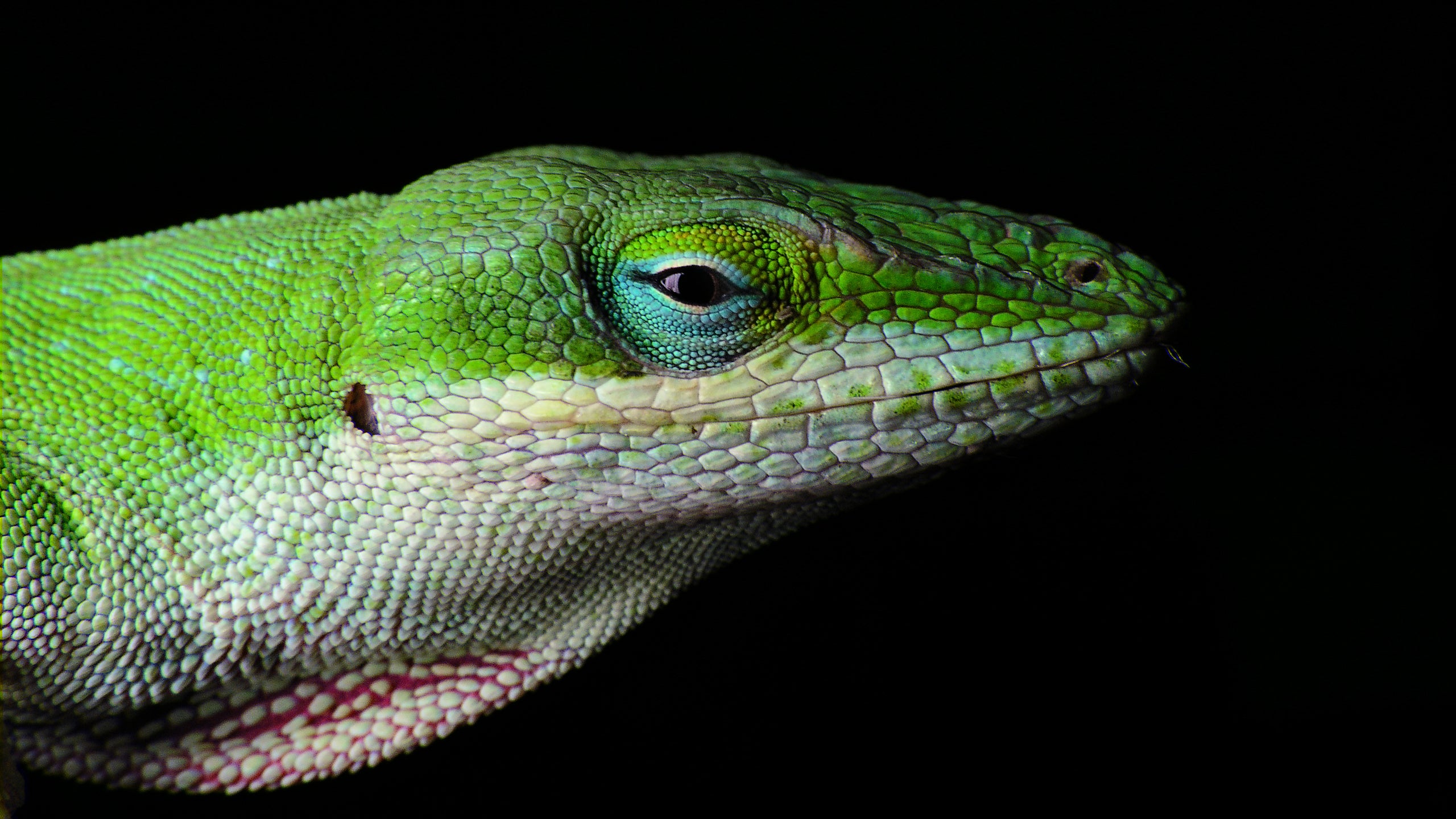 We typically think of evolution as an agonisingly gradual process, but there are occasions when nature compels species to move at a quicker pace. By studying a population of lizards both before and after a particularly severe cold snap, scientists have documented natural selection in fast motion, where the surviving reptiles — after just a single winter storm — came to resemble their cold-adapted cousins to the north.

The suggestion that animals evolve quickly in response to severe weather isn’t a new idea. Back in 1898, for example, biologist Hermon Bumpus (great name) found that the size of house sparrows changed in Rhode Island after an unusually severe snowstorm. It was heralded as a wonderful example of natural selection in action, but cases such as this are surprisingly rare in the scientific literature.

New research from the University of Illinois and Urbana-Champaign is helping to fill this data gap, offering evidence in support of climate-induced accelerated evolution. The study shows that certain subpopulations can respond rapidly — even in a single generation — to extreme weather events. Importantly, this same line of research could be used to study how certain populations are responding to human-induced climate change. 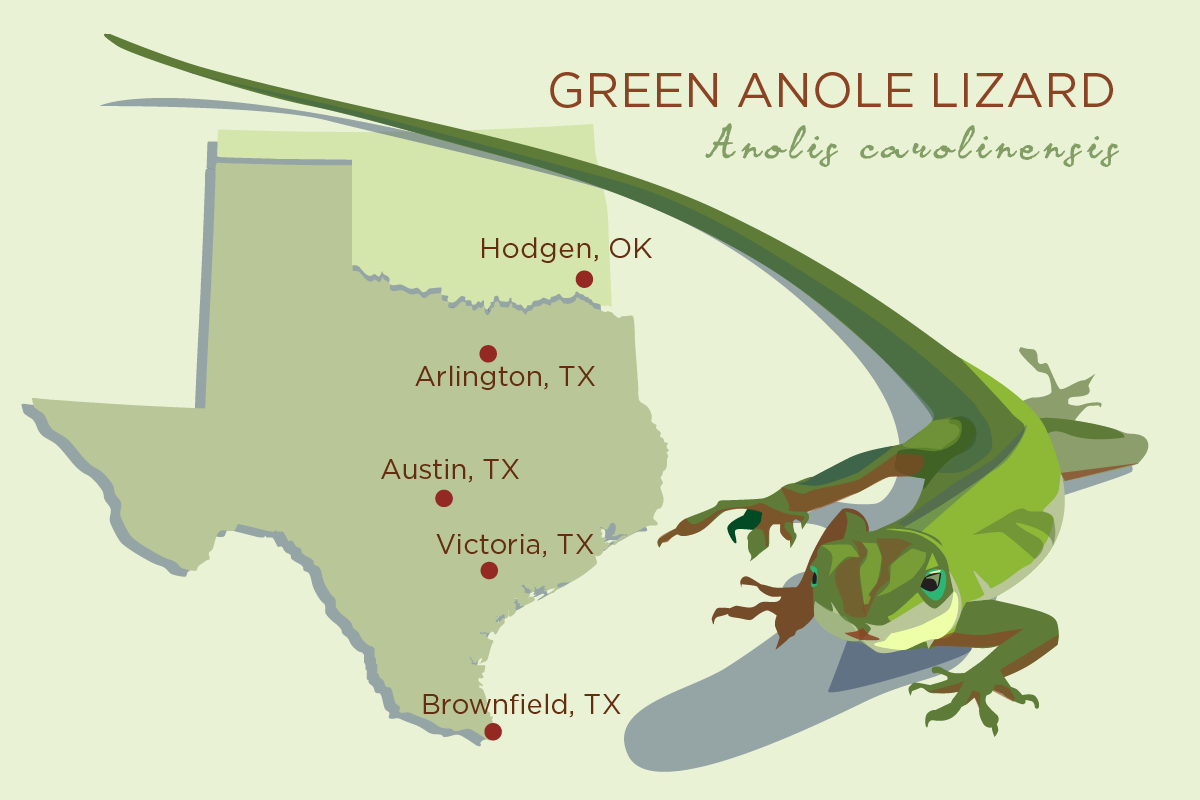 As is often the case with these “eureka” moments, the whole thing happened quite by accident.

In August 2013, biologist Shane Campbell-Staton, who headed the new study, was collecting DNA from several dozen anole lizards, and subjecting live specimens to chamber tests to measure the ability of these cold-blooded reptiles to tolerate low temperatures. He was studying a group of five populations of lizards ranging from the southern tip of Texas to Hogden, Oklahoma, a range of nearly 1300km, in an effort to understand how these cold-blooded reptiles were capable of surviving so far north.

“We don’t consider that very far north, but this is a subtropical lizard,” he said in a statement. “It’s the only species of about 400 in this genus that gets this high in latitude.”

And then fate happened: The record-breaking polar vortex of 2014, a storm that produced temperature lows not seen in the area for 15 years. When Campbell-Staton saw a photo of an anole lizard lying dead on its back in the snow, he was struck with the idea that he should go back in the spring and study the lizards who survived the storm. With the help of scientists from Harvard and the University of Texas, he returned to collect the same data on the same populations he had studied before.

When Campbell-Staton repeated the chamber experiments, he found that the surviving southernmost lizards were now more resistant to lower temperatures than before the cold snap, and at levels similar to their northern counterparts (they can tolerate temperatures down to around 6C). Analysis of the lizards’ DNA revealed 14 genomic regions that distinguished individuals before and after the storm — genetic tweaks that endowed the lizards with cold-tolerating abilities.

“One of the great things about this study is that we had three independent lines of evidence — DNA markers, gene expression levels, and physiology measures — all pointing to the same biological signal, a shift toward more robustness against cold weather,” said study co-author and University of Illinois biologist Julian Catchen.

Revealingly, these genetic shifts were only documented in the southernmost lizards. The northern populations showed no change, likely because shifts in winter temperatures tend to be less severe up north.

So, is this rapid evolution in action? And did the Polar Vortex of 2014 spawn a new subspecies of anole lizards?

The answer is that it’s still too early to tell. Quite understandably, a single winter storm is capable of producing dramatic genetic shifts in a subpopulation like the ones observed in this study. But in order for these traits to stick over the long haul, these severe winter conditions would also have to stick. Animals are a reflection of their environment, and traits have to be reinforced over time if they’re to become a permanent fixture of a species. What needs to happen now is for the scientists to keep studying these lizards year after year to determine if these 14 genetic signatures are still around, or if the southern populations are reverting back to their pre-2014 state.

Importantly, given how quickly climate change is driving temperatures up, these researchers should also study lizards even further north to see if they’re changing as well. Sure, anole lizards can survive a bad winter storm, but how will they — and other species — react to global warming? As University of Arizona researchers pointed out last year, evolution is having trouble keeping up to the blistering pace of climate change.