A Cholera Epidemic In Yemen Is Now Wildly Out Of Control 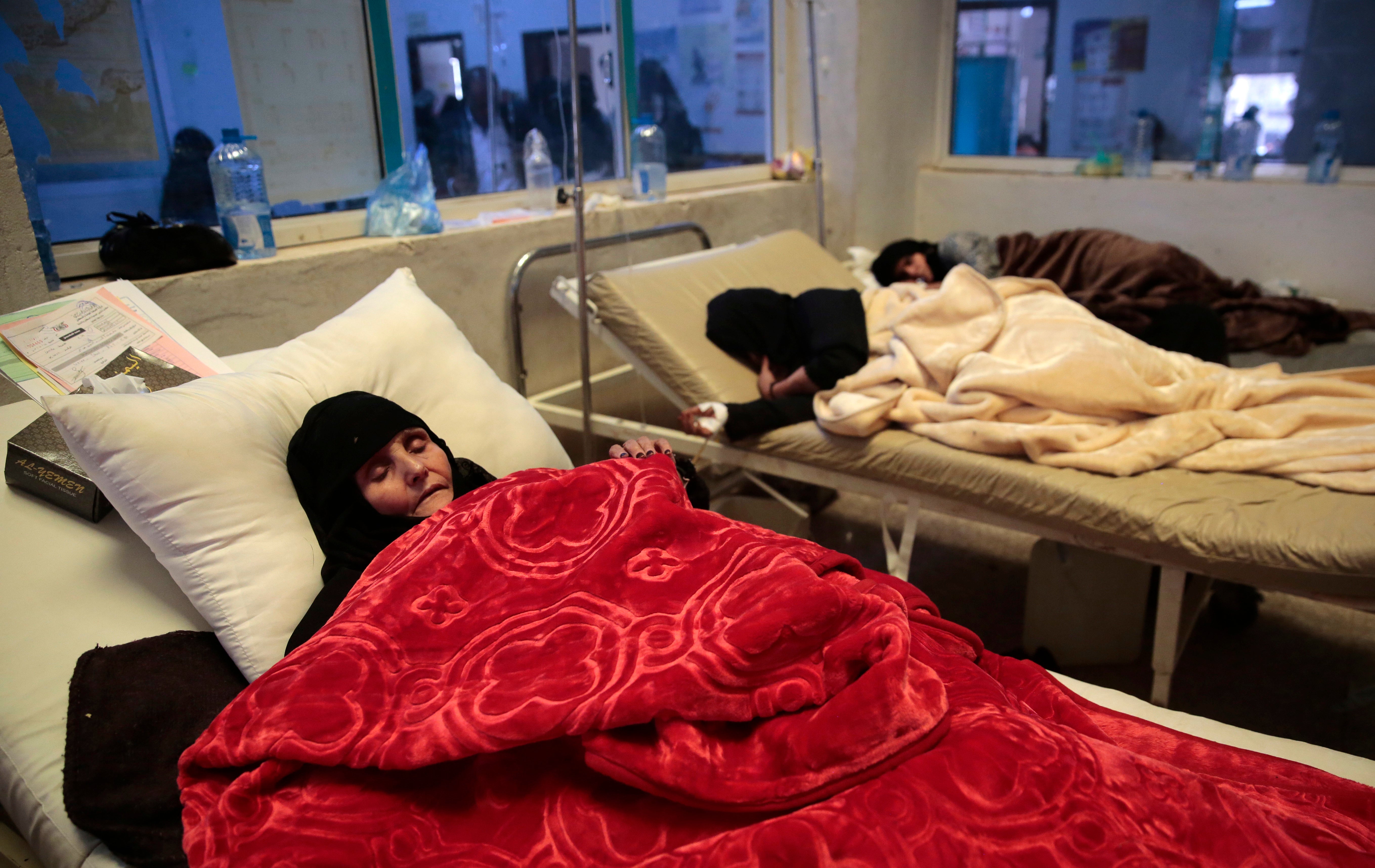 With the civil war in Yemen now having entered into its third year, the beleaguered Middle Eastern nation is having to contend with the devastating impacts of conflict, including disease. An alarming report from the World Health Organisation estimates that some 500,000 Yemenis have contracted cholera since April of this year, of which 2000 have died. It’s now the worst active cholera epidemic in the world, and one of the largest in decades.

Women are treated for a suspected cholera infection at a hospital in Sanaa, Yemen. (Image: AP)

Civil war erupted in Yemen back in 2015, a conflict that has now taken the lives of 16,200 individuals, including 10,000 civilians. With the country in turmoil, cholera began to rear its ugly head in October 2016, but the epidemic escalated rapidly in April 2017 when the waterborne disease began infecting an estimated 5000 people per day. Cholera is now spreading like wildfire on account of deteriorating hygiene and sanitation conditions, and because of disruptions to the country’s water supply. It isn’t a coincidence that the outbreak really got going after April 17, when the sewage systems in the Yemeni capital of Sana’a stopped working.

Millions of the country’s residents are now cut off from clean water. Making matters worse, waste collection has ground to a halt in most major cities. The collapsing health system can’t cope, with more than half of all health facilities shut down due to damage, destruction, or lack of funds, according to the WHO. Medicines are in short supply, and the country’s 30,000 critical healthcare workers haven’t been paid in nearly a year.

Most people who are infected by cholera — a disease caused by the bacterium Vibrio cholerae serogroup O1 — exhibit mild diarrhoea, or no symptoms at all. But approximately five to 10 per cent of infected persons get it bad, displaying symptoms such as profuse watery diarrhoea, vomiting, rapid heart rate, low blood pressure and thirst. Left untreated, cholera can result in death on account of severe renal failure, electrolyte imbalances and dehydration, according to the CDC. More than 99 per cent of infected cholera patients survive when they’re able to access health services, but for those with severe cholera, the fatality rate can reach 50 per cent when left untreated. This is the grim situation that many in Yemen now face.

The WHO, along with its partners, is now desperately trying to address the situation, setting up cholera treatment clinics in Yemen, making plans to restore health facilities, and supporting the country’s health response effort.

“To save lives in Yemen today we must support the health system, especially the health workers. And we urge the Yemeni authorities — and all those in the region and elsewhere who can play a role — to find a political solution to this conflict that has already caused so much suffering,” said Dr Tedros Adhanom Ghebreyesus, WHO Director-General, in a statement. “The people of Yemen cannot bear it much longer — they need peace to rebuild their lives and their country.”

For those planning a trip to a cholera-stricken region, there is a vaccine. Other countries with ongoing cholera epidemics include Democratic Republic of the Congo (DRC), Kenya, Malawi, Mozambique, Nigeria, Somalia, South Sudan and Tanzania. But none of these outbreaks are even remotely on the scale of what’s happening in Yemen.