Witness The Surprisingly Grim Premise Of The Emoji Movie 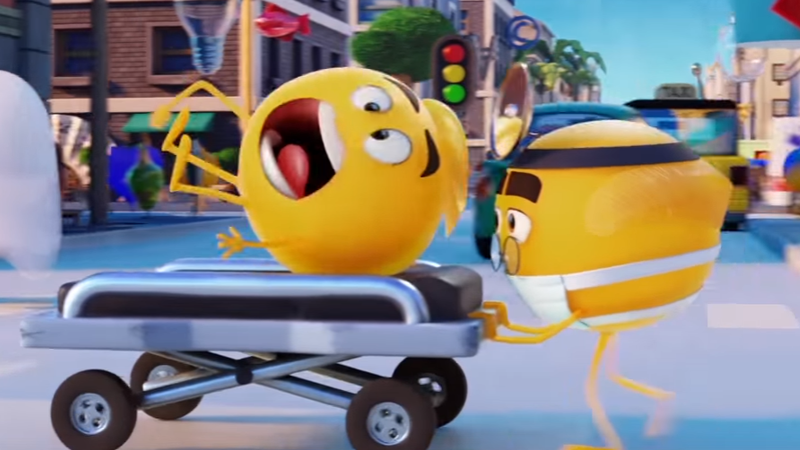 Video: Yes, The Emoji Movie seems like a horrifying cash grab that’s going to be about as hip and cool as that Steve Buscemi meme everyone loves. But Sony’s put the opening scene of the movie online to reveal the premise of the film, and it turns out the life of an emoji is pretty crappy… regardless of whether or not you’re the poop emoji.

Narrated by T.J. Miller as Gene, an emoji expected to only be capable of being “meh” at everything around him, the scene introduces us to the world inside our phones called Textopolis, and its citizens who are forced to play their mandated roles at all times. The Christmas tree has to be excited about Christmas all the time, the Princesses get to live a life of luxury, that sort of thing. Which is weird, but not overly strange. I mean, any more than a movie about emojis already is.

But then the movie turns to the expression emojis, and takes a weirdly dark turn. Sad emojis have to be in a constant state of despair, even in moments of joy. Laughing emojis have to basically stark raving bonkers all the time, even when they’re crying out in horrifying pain. That’s sort of massively messed up for a movie about emojis, and no doubt something the film will effortlessly sidestep beyond its opening scene. Because, after all, contemplating the reality of many animated movies is likely to drive you to despair anyway.