What's The Best Song, According To Science? 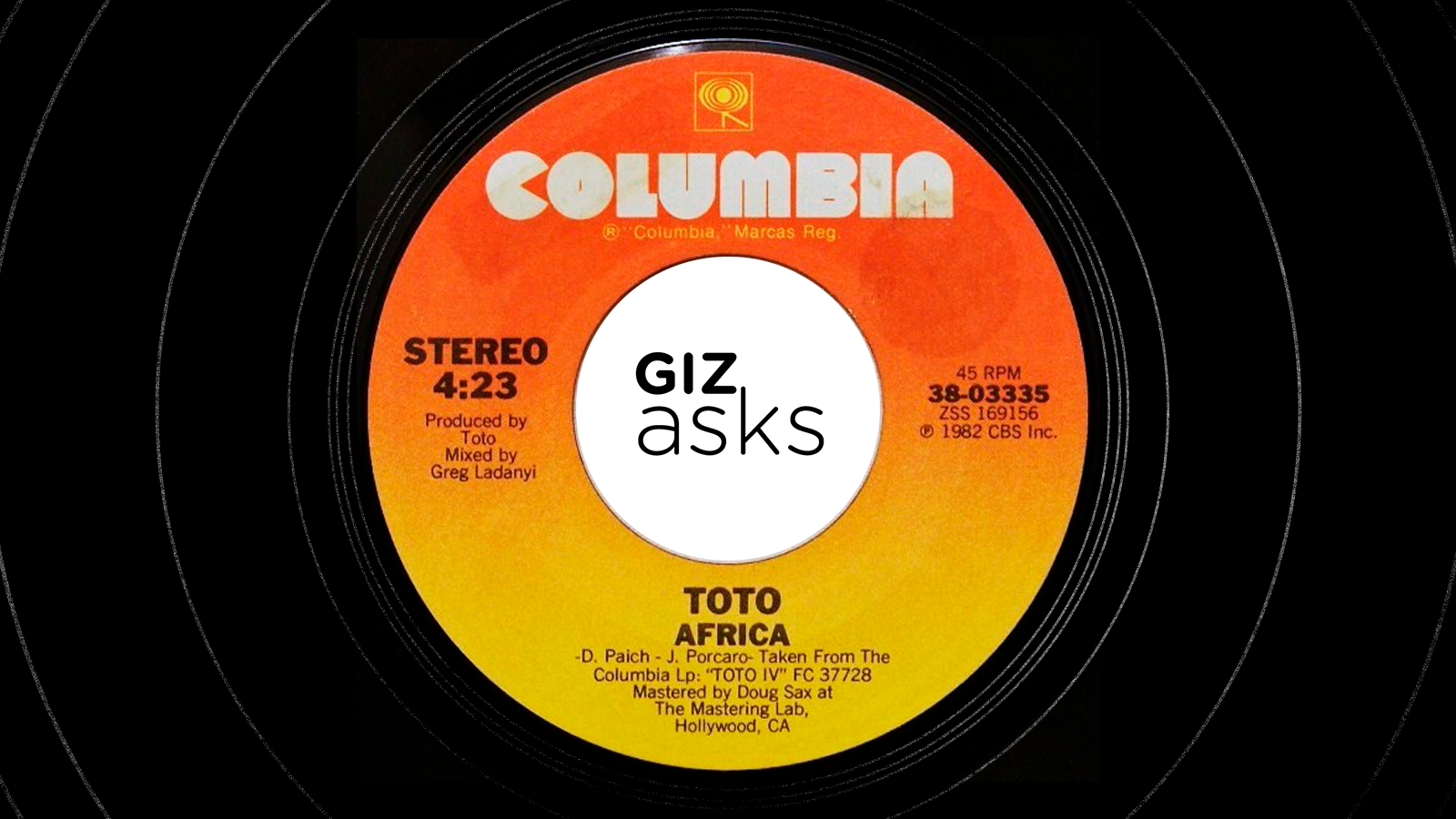 Some songs stick to your soul like ectoplasm. Whether you're at the club or Maccas, sometimes you hear a certain song that brings you back to a moment in your life you'd forgotten. Good music is fun but ephemeral — the best music stays with you forever, sometimes a little too long. Seriously, stop buying Phish T-shirts.

Obviously, all art — and taste — is subjective. But is there one song — or one kind of song — that's generally more enjoyable? Recently, author Tom Cox tweeted some musings on the philosophy behind what makes the "best song ever". A significant portion of the internet, however, argued that he was full of crap because the best song of all time is Toto's classic 1982 hit, "Africa".

No it's Africa by Toto https://t.co/iwUgHNcGma

This week on Giz Asks, we talked to neuroscientists and music enthusiasts about why our brains just can't get enough of certain songs.

Neuroscientist and Director of the Science Gallery at King's College London

Is there any way to scientifically determine what makes a 'good' song? Why or why not?

The best way to test a song is still a human. We can measure how people respond to songs in a bunch of ways including brain scans, measures of chemicals in the the brain, including dopamine (which is associated with the internal reward system reward, perhaps you give yourself a pat on the back for selecting a great playlist). Actually measuring foot tapping or the smile muscles is probably just as good as most more "scientific methods".

Are any chemicals released in our brains when we hear songs we enjoy (for example, dopamine)?

We still don't have good models to enable us to describe what makes a good song yet alone artificially create one. Deep learning networks may be able to develop an artificial "classifier" that would learn what an individual likes and predict whether a new song would be a hit or miss for that individual. But I'm not sure if that would be scientific because in the end even the people who build the network don't know what lies beneath its decision.

On genres, the interesting thing is that how you hear music is determined by your early life experience up to two years or for some musical elements six months. Beyond that age your brain is kind of fixed for things like quarter tones or off-beats so if you want your kid to dig a particular style make sure they get exposed to it early.

Postdoctoral Associate in the Department of Psychology at New York University, researching the relationship between music and the brain

Why do some of us have viscerally negative reactions to certain songs?

Most people in the world do respond positively to music. There are people on the other end of the spectrum who are hyper hedonic and really, really, really love music and get really jazzed about it. Part of it is an individual difference or a personality trait of how much you respond to music. So that's a big part of it: People who respond to music more overall, and then people who respond less to music no matter what it is.

Are there any qualities that make a song 'good'?

The challenge in psychology, but especially when we're looking at music, is the fact that there's individual differences. Taste is so varied in terms of music. In several studies about musical chills or really positive responses to music, they have the participants in the study bring in their own music to listen to. So you would have to have a comparison of highly pleasing music versus non-pleasing music. So the highly pleasing music is totally different from one person to another.

Science tends to focus more on the response to music rather than the particular qualities of it, since it's so hard to pick a song that everyone across the board likes, unless you pick a group of participants that have very homogenous taste which is also kind of challenging. If we knew what made the perfect song, someone would be making millions of dollars off it.

Professor of Psychology and Neural Science at New York University

How fast is the typical song?

There are numbers about what's on average how fast music is, whether or not you like it. Let's say you take a whole bunch of music — classical, rock, single instruments and ensembles — you can calculate the mean rate. On average, the rate music is played at because is about two hertz — two cycles per second — which translates into 120 beats per minute. Across musical styles and eras, there's a typical "mean rate" of music, which is kind of surprising. It's faster than the heartbeat and slower than speech.

Why do certain songs tend to stick with us throughout life while others don't?

One of the hard things from a scientific point of view is trying to figure out how taste works is to account for the huge range of taste across people and across, even, your own age. Songs from puberty are particularly well-remembered for some reason — like the first time you fell in love, or something. But then, maybe in retrospect you think, "Wow, what the fuck, I liked Blondie?" It shows that even your own aesthetic experience changes pretty drastically over the course of your lifetime.

So from an individual point of view, what makes you happy, stimulated or excited changes even within you over time.

Is the best song of all-time 'Africa' by Toto?

Actually, Toto turns out to be remarkably good and sophisticated according to musicians. Toto was a group of hardcore, highly respected studio musicians. They crafted those songs pretty carefully and were incredibly successful with those four albums. And musicians actually really love Toto.

Science says "Africa" is the best song ever made. Says a scientist.