The Scientists Who Look For Nothing To Understand Everything

Physicist Usama Hussain laughed uncomfortably every time the conversation even got close to the question, "Do you look for nothing?" His professors would kill him if they heard him agree with that. After all, he's technically looking for a brand new particle that may or may not exist, with the hopes that it might help explain some of the Universe's weirdness.

But hunting for a new particle (even the famous Higgs Boson) is a search for something by finding all of the nothing. It requires confirming all of the places it can't be, and understanding all the properties it doesn't have, so what's left is the discovery. It's like carving a sculpture from marble. You spend all your effort removing the nothing, and maybe you'll end up with something. Or maybe not.

"Anything that happens, even if we find nothing at all, will be a revolution."

And finding nothing where well-accepted theories predicted something is equally important. That could send theorists back to the drawing board, and require physicists to rethink their understanding of the Universe. In this new Wild West era of particle hunting, "Anything that happens, even if we find nothing at all, will be a revolution," physicist James Beacham from the Ohio State University told me over a beer in the CERN cafeteria in Geneva, Switzerland.

So nothing, in particle physics, can be everything.

As far as looking for nothing goes, "You're checking a box — it's not here," explained Hussain. Physicists have a name for this nothing: Null results. "You're still in a way making a contribution. You're making sure that other people don't look in the same place."

Hussain grew up in Pakistan. His father was a passionate fan of particle physics, since one of the country's two Nobel Prize winners was particle physicist Abdus Salam. That passion rubbed off on the younger Hussain, who is now a PhD student at CERN and the University of Wisconsin, Madison. There, he's on a small team hunting for exotic physics, like an oil prospector seeking out new particles in uncharted territory, particles that possibly don't exist.

"We're really in uncharted territory as far as physics is concerned."

CERN's Large Hadron Collider in Geneva, Switzerland smashes together billions of high-energy protons, turning the energy into particles more or less via Albert Einstein's E=mc^2. Those particles decay into other particles that the Large Hadron Collider's giant detectors such as ATLAS, CMS, LHCb and ALICE can spot, spitting out data that physicists spend their time sifting through. The data is kind of like a big box of shattered plates along with a list (the existing laws of physics) of how many plates went into the box and what they all looked like. Each team of physicists spends its time trying to reconstruct one specific kind of plate (their hypothetical particle), but they do so in different ways. Maybe one team only uses tiny pieces to find their plates. Another only looks at plates that split in half. These are the different combinations of ways that single particles might decay — frequently, we can't see new particles, just their leftovers, the more common particles that they quickly decay into.

All of the scientists are hoping that, after gluing all the plates on the list together, there will be enough shards remaining to make something that wasn't there — new physics insights explained by new subatomic particles. 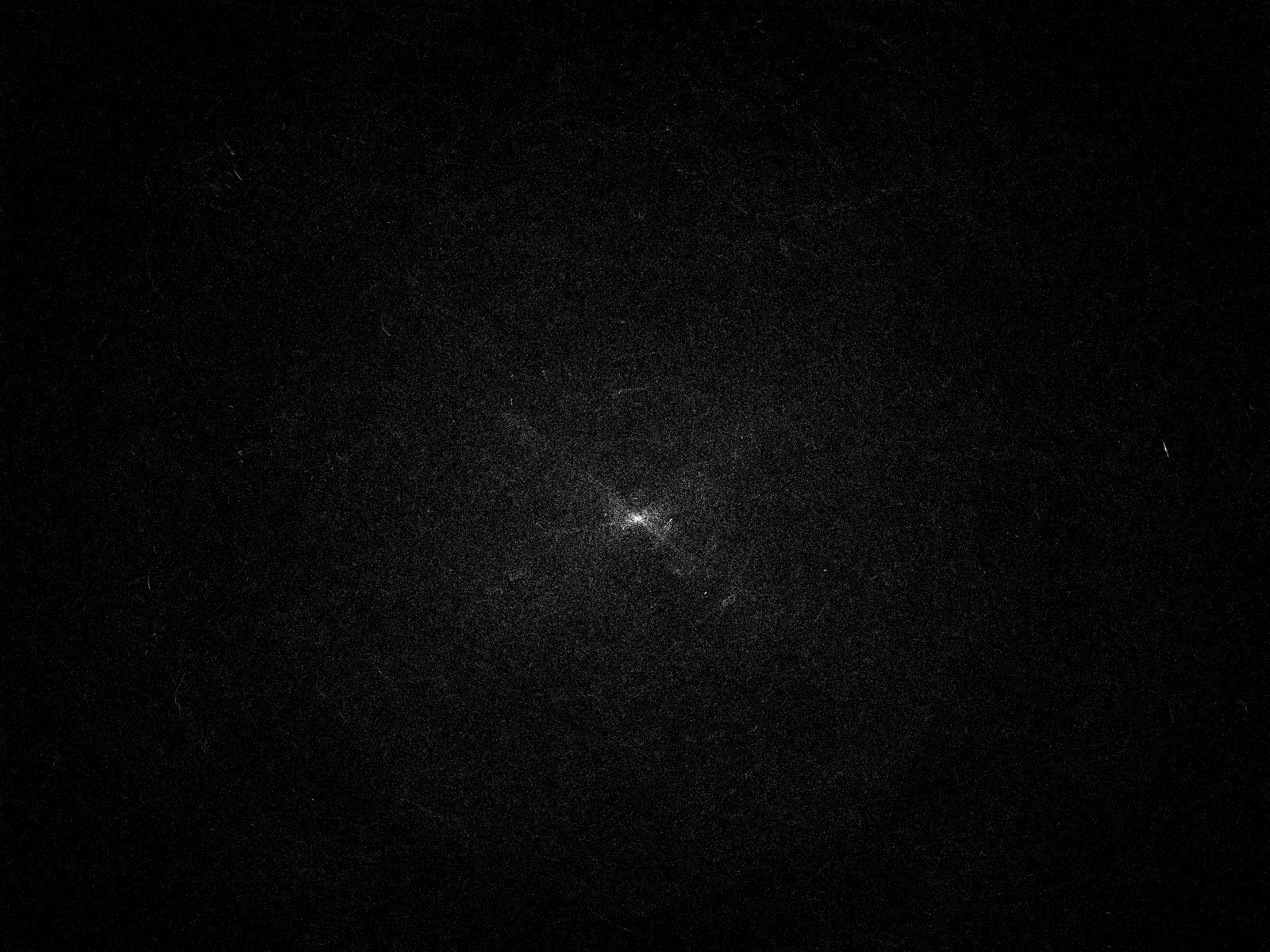 So, what they're really doing is ensuring the laws of physics check out, that all the pieces fit together correctly, but crossing their fingers and hoping they don't. Nearly all particle physics experiments work this way to some extent. Higgs researchers needed to rebuild countless plates before finally having enough shards left over to reconstruct their particle five years ago. Dark matter researchers are building bigger and bigger vats of liquid xenon to reconstruct their hypothetical particle, which might explain why astrophysical observations imply there should be way more mass in the Universe than regular matter can provide. Plenty of physics papers contain these null results, notes to other researchers that all their plates are glued back together and nothing was left — no new particles.

When the Large Hadron Collider became operational in 2009 after a 2008 incident, things were different. There were more hints: Previous colliders such as the Tevatron accelerator in Illinois and the Large Hadron Collider's predecessor, the Large Electron-Positron Collider, already had found some of the nothing, for example. But today, way after the Higgs discovery, in Hussain's hunt for new physics (and the searches of many other physicists), there are fewer hints, fewer widely-accepted theories.

"We're really in uncharted territory as far as physics is concerned," said Hussain. "The small hope is always there" that his team discovers a new particle — he specifically is looking for something called the Z' ("Z-prime") particle. The Z' would be a sort of spiritual medium that communicates both with regular matter and dark matter, that mysterious stuff that accounts for all that extra mass scientists think they observe but can't explain other than through observations with telescopes. (There's also dark energy, which makes up most of the Universe's mass-energy, but we don't need to talk about that right now.) The Z' particle's shards consist of what looks like a skinny jet of subatomic particles with some missing energy.

"It would have been really radical, extremely special if I saw something."

And to make sure the fact that he wants to see a new particle doesn't cause him to find something that isn't actually there, Hussain isn't even allowed to look in places where there might be something. This process, calls blinding, requires that physicists build their analysis on simulated data, then open the metaphorical box to unanalysed Large Hadron Collider data later. It's like they smash practice plates, build a special plate-reconstructing computer algorithm, and then use that same algorithm when they get the actual LHC data.

Hussain has recently peeked into the box. "I unblinded a third of the data [that was available at the time] to see how it's doing with our simulation." That is, he applied his theoretical analysis to a fraction of the real data. "It would have been really radical, extremely special if I saw something," he said. "When I was unblinding the data, I was realistic that I wouldn't see anything." He didn't.

I cannot stress enough how typical Hussain's position is. There are a ton of ideas for new physics. Some theories say that the two dozen particles we've discovered make up only around half of the possible ones. Some say that dark matter consists of new particles. Some think particles should decay in never-before-seen ways, break into pieces in unexpected combinations. And testing most of these ideas requires looking for nothing. Reporters try their best to make null results sound interesting, and others make them sound dreary. But many physicists think these results are interesting in their own right.

"The totality of null results is the only way" to do physics, said Beacham. "The metaphor I use is map making. It's cartography. You have to sweep out all the possible range you have at your disposal."

But how does looking for nothing feel? Well, particle physics jobs positions are incredibly competitive, according to Science reporting, so clearly, students want to do it. Hussain speaks eagerly about his research.

You only know what's true if you know everything that isn't.

If all this seems depressing, it's the way science is supposed to work. According to The Scientist, well-known philosopher Karl Popper once said that "every refutation should be regarded as a great success; not merely a success of the scientist who refuted the theory, but also of the scientist who created the refuted theory and who thus in the first instance suggested, if only indirectly, the refuting experiment."

Physicists celebrate certain null results. Albert Michelson and Edward Morley found nothing when looking for a special medium that light waves should travel through back in 1887. That nothing led to one of physics' important theories to explain some of light's weirdness — Einstein's theory of special relativity.

You only know what's true if you know everything that isn't. But null results are not as well-accepted in other fields. "Getting a null result to some extent in physics is much more meaningful than in other fields," Laura Dodd, another graduate student at the University of Wisconsin, Madison and CERN told Gizmodo. It's long been known that medical research and other fields can leave non-findings unpublished. Looking for positive results can lead to bias, pressure not to report negatives and non-reproducible results. "Other fields would benefit more by having more null results," she said.

That doesn't mean there's something to be found, of course. Hussain will soon unblind the rest of his analysis, running his code on more than eight times the amount of data he already has. "I don't know." He chuckled again. "The probability is really low but I wouldn't say it's zero. I'm really excited."

The reporting for this article was partially supported by a grant from the National Science Foundation.