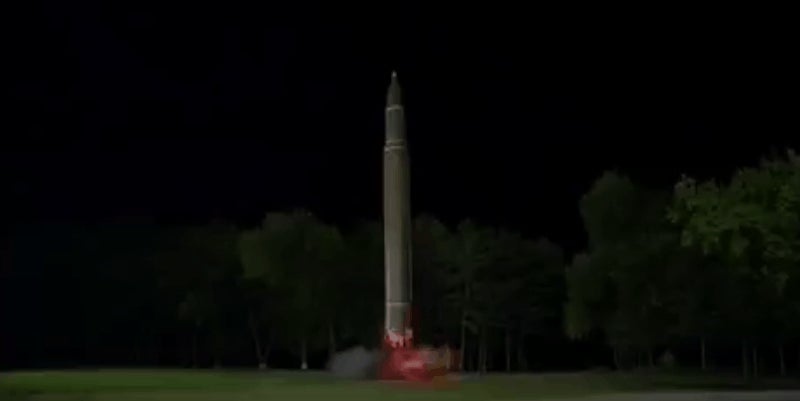 North Korean state TV just aired footage of the country's most recent missile test, which has been confirmed by South Korea and US forces as an intercontinental ballistic missile, or ICBM. Early figures show that this is North Korea's longest range missile to date.

The missile, which North Korea claims is the same Hwasong-14 model that it tested back on July 4th, flew for roughly 45 minutes. The ICBM landed in the Sea of Japan after travelling roughly 3700km in altitude and at a distance of about 1000km.

According to calculations by the Union of Concerned Scientists, those figures mean that the missile has a range that could reach most of America's major cities if flown on a standard trajectory — including Los Angeles, Chicago, and New York. However, it's believed that Washington DC is slightly out of range.

State TV quoted North Korean dictator Kim Jong-un as boasting about the range of the Hwasong-14 missile in his typically bombastic style.

"The leader said proudly the test also confirmed all the US mainland is within our striking range," the Korean Central News Agency (KCNA) said.

The combined US-South Korean forces conducted their own ballistic missile exercise, in a move that was described as "sudden," at an undisclosed location in South Korea yesterday. The missile tests continued into Saturday.

The tit-for-tat missile tests has become standard practice on the Korean peninsula and the South Korean forces released photos like the one below of its Hyunmoo II Missile system. 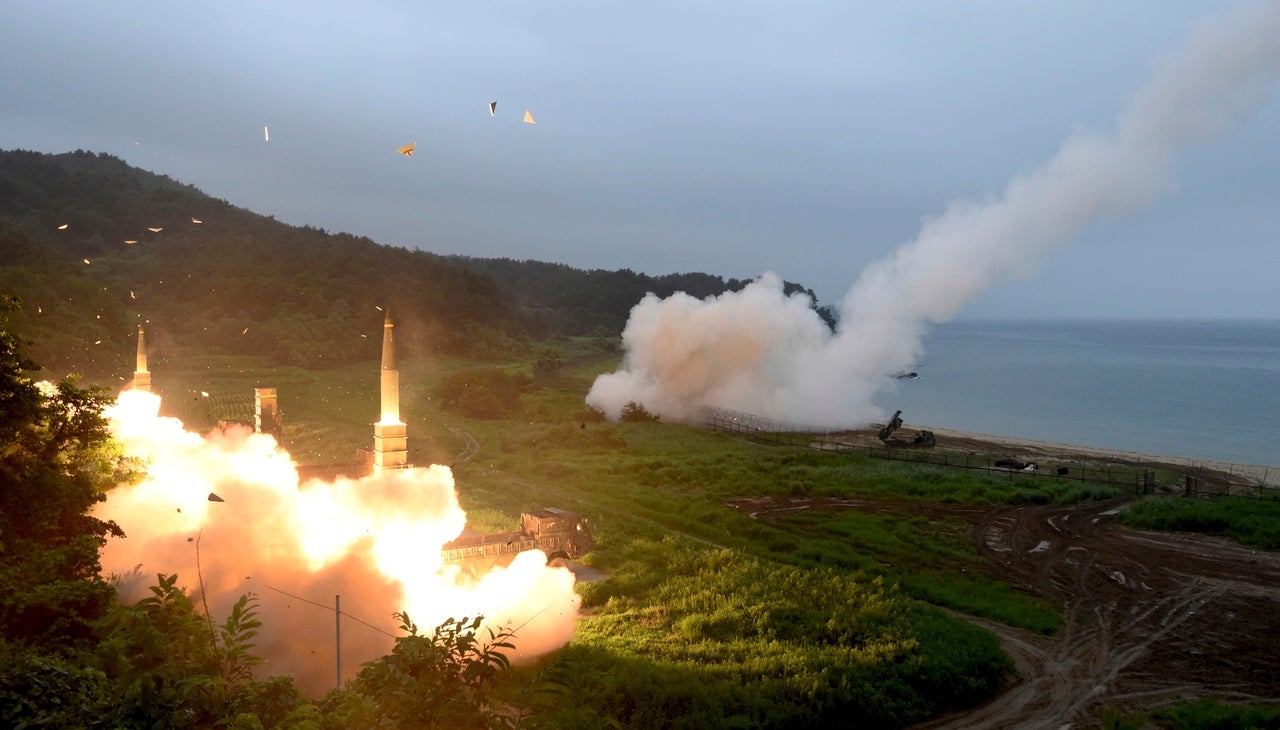 While Chinese officials expressed "serious concern" about North Korea's latest test on Saturday, the country also took the opportunity to denounce the deployment of THAAD in South Korea, a missile defence system designed to shoot missiles out of the sky.

"China's resolute opposition to the deployment by the USA of the THAAD system in South Korea is consistent and clear," Beijing said in a statement on Saturday. "The THAAD system deployment cannot solve South Korea's security concerns, neither can it solve the problems facing the Korean peninsula. It will only make these problems more complicated." 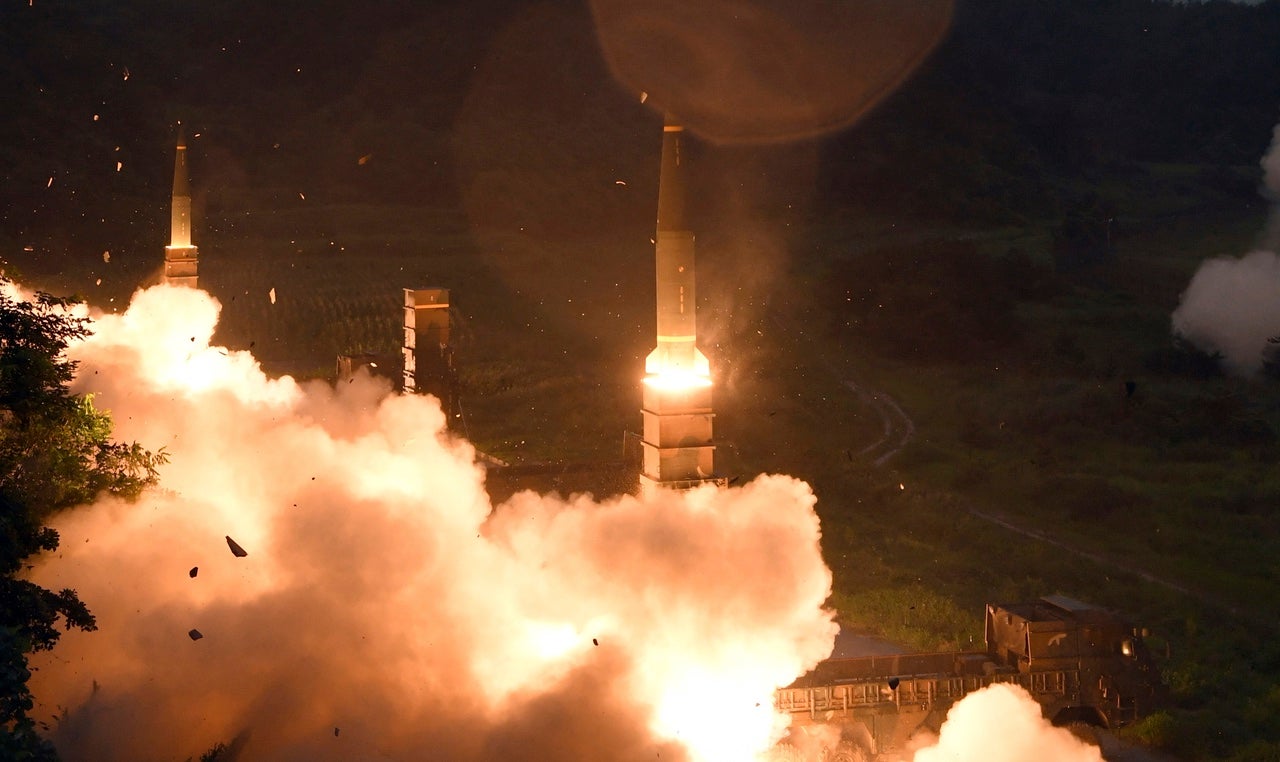 In this photo provided by South Korea Defence Ministry, South Korea's Hyunmoo II Missile system fire missiles during the combined military exercise between the U.S. and South Korea against North Korea at an undisclosed location in South Korea, Saturday, July 29, 2017.

The US State Department released a statement late last night about the test, condemning both China and Russia for their "unique and special responsibility for this growing threat to regional and global stability."

From the Department of State:

The United States strongly condemns North Korea's launch of an intercontinental ballistic missile, the second this month, in blatant violation of multiple United Nations Security Council resolutions that reflect the will of the international community.

All nations should take a strong public stance against North Korea, by maintaining and strengthening UN sanctions to ensure North Korea will face consequences for its relentless pursuit of nuclear weapons and the means to deliver them.

As the principal economic enablers of North Korea's nuclear weapon and ballistic missile development program, China and Russia bear unique and special responsibility for this growing threat to regional and global stability.

The United States seeks the peaceful denuclearization of the Korean Peninsula and the end to belligerent actions by North Korea. As we and others have made clear, we will never accept a nuclear-armed North Korea nor abandon our commitment to our allies and partners in the region.

The Trump regime has been stoking fears about North Korea's tests and the possibility that these missile could reach the US, though it has made no diplomatic effort to engage with the North Koreans. Military leaders stress that there are no good options when it comes to what to do with the potential of a North Korean missile threat.

Most recently the Trump regime has moved to ban travel to the country, shocking some people who were amazed that it was still allowed at all. Americans will no longer be allowed to travel to the DPRK starting sometime next month.

"Threatening the world, these weapons and tests further isolate North Korea, weaken its economy, and deprive its people," a spokesperson for the Trump regime said in a written statement. "The United States will take all necessary steps to ensure the security of the American homeland and protect our allies in the region."

[DPRK Today and Union of Concerned Scientists and CNN]