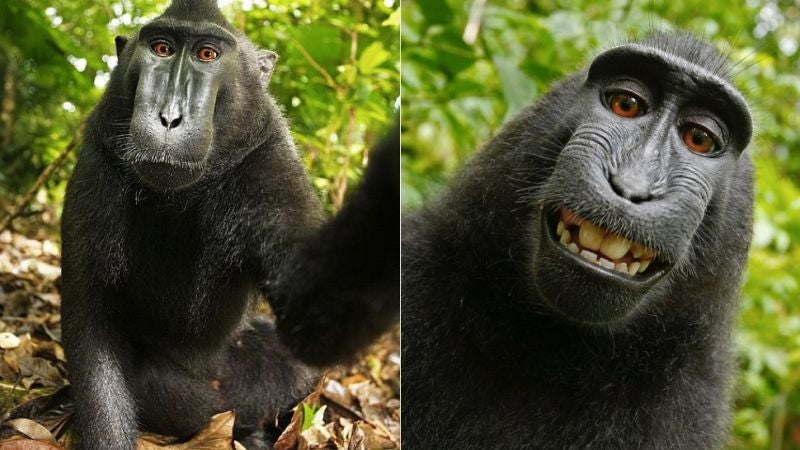 It’s been a rough few years for photographer David Slater, the disputed owner of those monkey selfies from 2011. Slater found himself in an interesting legal quandary after his ownership of the famous photos was disputed by the likes of PETA and even Wikipedia. Now, Slater is apparently struggling financially, the costs of the ongoing court battles all but draining his coffers.

In an article by The Guardian’s Julia Carrie Wong, Slater explains the troubles the fateful shots have brought him:

“Every photographer dreams of a photograph like this … If everybody gave me a pound for every time they used [the photograph], I’d probably have £40m in my pocket.” … Instead, he is struggling to get by. “I’m trying to become a tennis coach,” Slater said by phone on Wednesday from his home in Chepstow, Wales. “I’m even thinking about doing dog walking. I don’t make enough money to pay income tax.”

It gets even more ridiculous when you consider that PETA, which believes it knows the identity of the macaque, might have mixed up its primates:

“I know for a fact that [the monkey in the photograph] is a female and it’s the wrong age,” [Slater] said. “I’m bewildered at the American court system. Surely it matters that the right monkey is suing me.”

He goes on to says that he’s “seriously on the verge of packing it all in”. After six years of it, I can’t say I blame him.