Check Out How Samsung Describes Its Male And Female Bixby Assistants 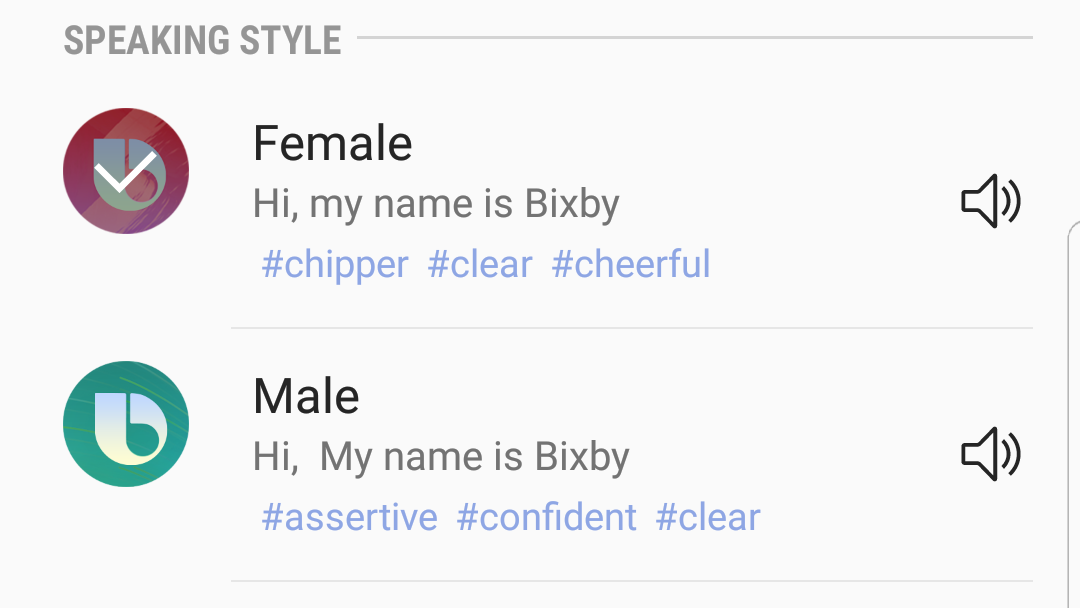 After months of delays, Samsung's much ballyhooed voice assistant Bixby has landed in the US — and users on social media are already noticing the company's loaded, sexist characterisations of its female and male voices.

Inside Bixby's "language and speaking style" menu, Samsung describes its female voice as "chipper" and "cheerful", while the male voice is described as "confident" and "assertive".

@SamsungMobileUS #bixby Um... Those are hashtags in the actual Bixby menu. Maybe #Samsung should rethink them. #confident #assertive #clear pic.twitter.com/BVMwRl4J5D

The words appear in the main Bixby menu where users are asked to pick a gender for the service's voice.

Samsung's Bixby assistant is rolling out in the US today, although not all S8 owners will get immediate access to the service. In our own tests, we couldn't get the Bixby assistant to work, but we were able to access the above menu. (Bixby needs to be localised for Australian accents, so Aussies won't be getting it today.)

Samsung told Gizmodo that it's "working diligently to remove the hashtag descriptions from the Bixby service". The company said it's "constantly learning from customer feedback".