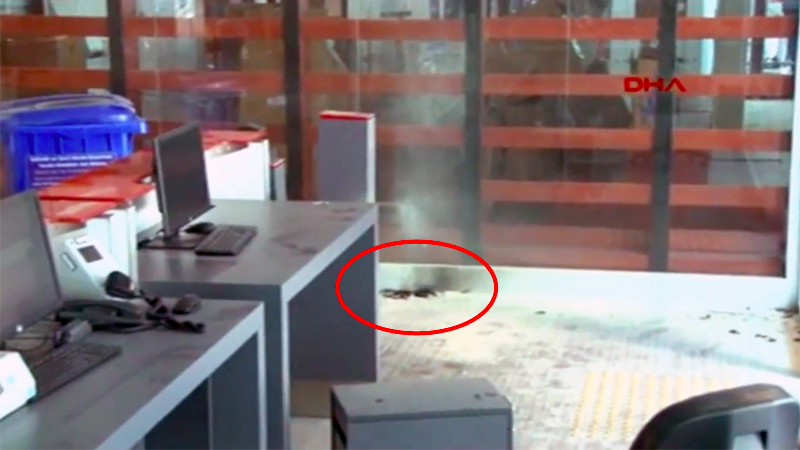 Throwing things out of anger is never a smart move, but it can also lead to more serious consequences. Especially when you're at an airport and what you're hurling at the ground is an explosion-prone lithium battery.

This week, a man travelling to the UK caused a scene at Ataturk Airport in Istanbul, Turkey, when he furiously threw his mobile power bank, which are banned on flights between the countries. According to the airport's official Twitter account, the man "declined" to surrender his power bank and began to argue with the airport employees at the gate before "crash[ing] the item on a hard surface".

The minor explosion caused smoke to fill the gate's lobby, but there were no reported injuries, AFP reports.

Small explosion and fire at Gate 710 (US departure) at Ataturk airport, Istanbul. I was 10m away from it. pic.twitter.com/Y3uLN8l6jg

The UK's electronics ban followed a similar one the US instituted on flights from several Muslim-majority countries in March, which was lifted for Turkish flights on Wednesday. The UK has yet to follow. Homeland Security chief John Kelly has previously said the ban was put in place as a security measure against detected threats concerning bombs disguised as electronic devices.

That obviously wasn't the case here. But let this serve as a reminder that everything with a lithium-based rechargeable battery has the potential to burst into flames. We've seen this with the infamous "hoverboards," Samsung Galaxy Note 7, vapes, Fitbits and even fidget spinners.