Why Prairie Voles Cuddle The Crap Out Of Their Partners 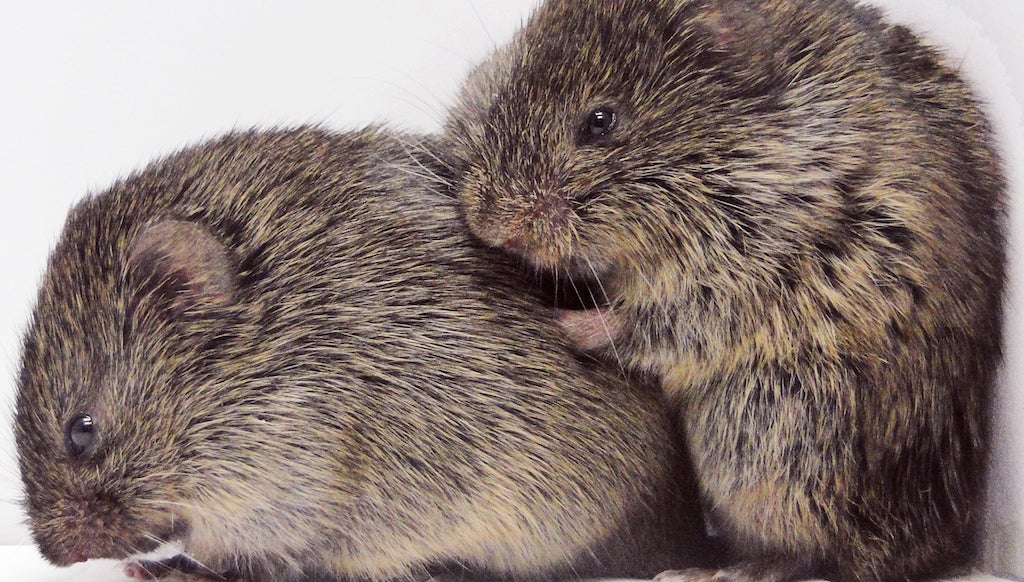 Here’s some news you desperately need today: A team of intrepid scientists has boldly gone where others have never dared, into the minds of tiny prairie voles in love. By studying the neural circuits of these adorable rodents, the researchers have uncovered some of the mechanisms behind their social bonding. Apparently, prairie voles cuddle for the same reasons we do — to show affection toward our partners — and goddamn is that cute.

“We were essentially looking for the first time at the details about how the brain functions as social relationships are formed, and we used prairie voles as a model system for doing this,” the study’s lead author Robert Liu, an associate professor in the department of biology at Emory University, told Gizmodo. “Prairie voles are an awesome model for looking at the neural mechanisms of social bonding.”

The team conducted two types of experiments on their cuddly voles. The first was to record brain activity and relate it to how animals show affection for each other. “In this case, for prairie voles, they start to huddle side-by-side next to each other, in a way that’s maybe analogous to cuddling in humans,” Liu said. “Huddling” is the behaviour in prairie voles the researchers used to measure their level of attachment to another individual. The researchers’ study was published today in Nature.

“We were able to see that the activity in the circuit we were recording from could predict how quickly animals would start huddling toward each other,” Liu added.

While most rodents tend to reach a point where they become disinterested in a partner, monogamous prairie voles are the opposite. “As a prairie vole forms a social bond with another individual, they actually prefer to spend more time with that individual,” Liu said. “That increasing huddling behaviour is our measure of a bond being formed.”

The team’s second experiment was a bit trickier, as they tried to manipulate a vole’s neural circuit to trick the animals into showing preference for another vole more quickly. The researchers used optogenetics, a technique that involves using light-responsive proteins to turn neurons on or off with precision, to influence a female vole’s mate preference.

“Using prairie voles, we discovered that neural chemicals like oxytocin and dopamine acting in specific brain areas are important for forming bonds,” Liu said. “What we didn’t know before is… how the neural activity in those brain areas is dynamically changing as animals go through social interactions.”

Clearly, this doesn’t mean scientists can wire people’s brains to make them fall in love. It does, however, give us some insight into why the fuzzy feelings we have for our partners feel so damn good. Understanding the formation of social bonds in other mammals may also help scientists better understand people who have difficulty forming them, including those with autism or schizophrenia.

“We were trying to extract the basic principles for partners or people we like, how they become rewarding to us, and what brain mechanisms underlie our process,” Liu said.