Why Did An Enormous Chunk Of West Antarctica Suddenly Start Melting? 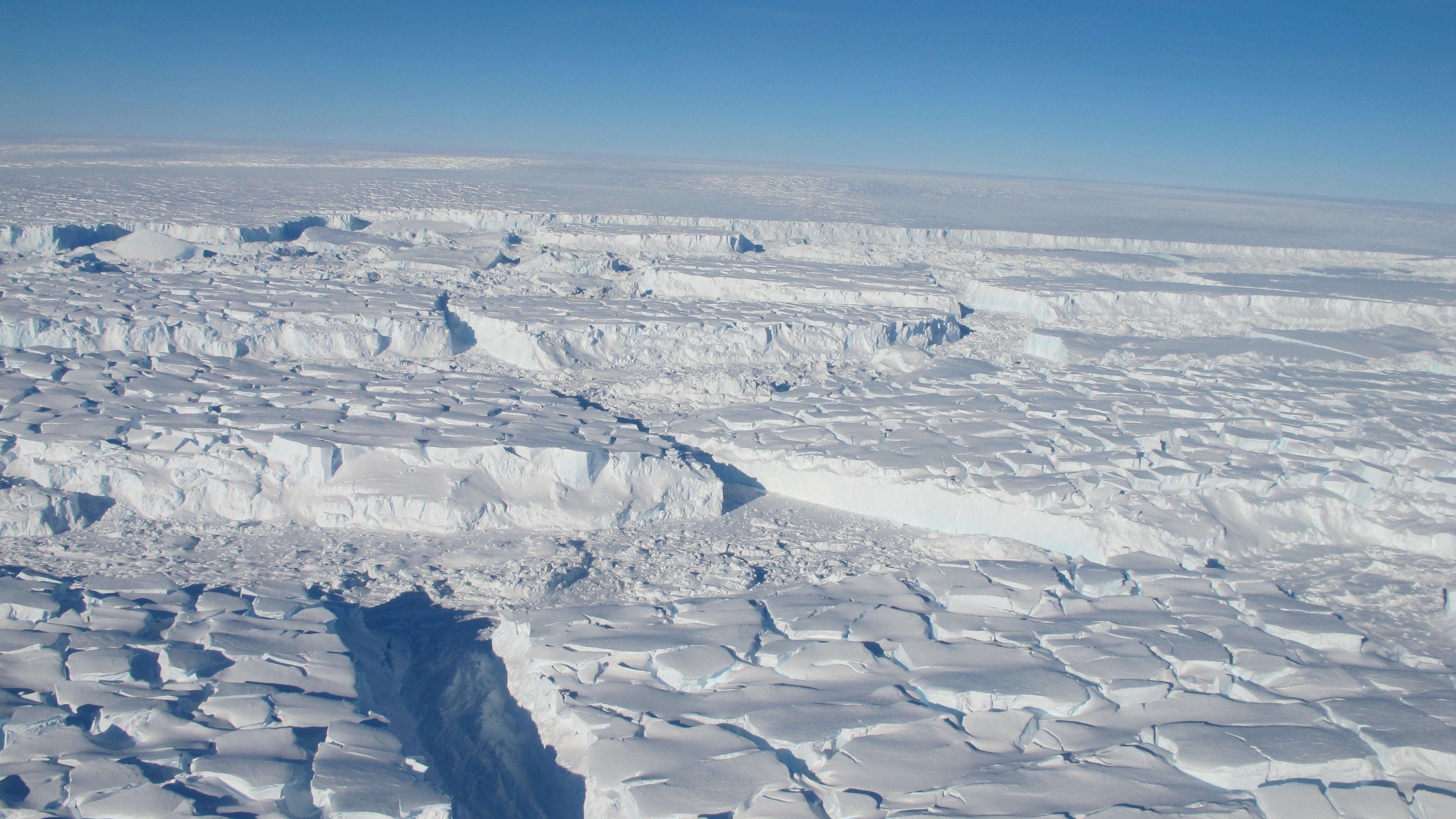 300,000 square miles is nearly twice the area of California. It’s difficult to visualise a space that vast, but go ahead and give it a try. Now, imagine this California plus-sized chunk of land is covered in thousands of feet of ice. Then, all of a sudden, that frozen fortress becomes a wading pool.

In January 2016, over the course of just a few weeks, a 300,000 square mile chunk of the West Antarctic ice sheet started turning to slush, in one of the largest melt-outs ever recorded. Scientists with the ARM West Antarctic Radiation Experiment (AWARE), who reported the epic defrost in Nature Communications last week, believe it was related to the 2015-2016 El Niño. Troublingly, they think massive melts like this could be a harbinger of the future — but more research is needed before we can be sure.

The West Antarctic ice sheet has been called the “weak underbelly” of the Antarctic continent, and for good reason: Its glaciers, which contain enough frozen water to raise global sea levels by at least 3.05m, are shedding mass rapidly as the planet heats up. The prevailing wisdom is that warm ocean waters are weakening West Antarctica’s floating ice shelves from below, and causing inland ice sheets to detach from the underlying land surface at their so-called “grounding line.” But a recent survey found evidence for ephemeral lakes and river networks across Antarctica, raising concerns that surface melting could also play a significant role in ice sheet disintegration.

Summertime melting has been observed across the West Antarctic ice sheet since satellite record-keeping began, but so far, such events have been infrequent and relatively small-scale. That’s why, when AWARE researchers examined satellite imagery and meteorological data collected in January 2016, they were kind of blown away by what they saw. Over the course of two weeks, a vast swath of the Ross Ice shelf — the largest floating ice platform on Earth — started melting at its surface as temperatures hovered well above the freezing mark. Scientists stationed on the scene at the time even reported low-level clouds and rainfall, which probably helped trap heat near the ground.

The researchers think this unseasonably warm air was due primarily to the powerful 2015-2016 El Niño. As they write in their paper, the El Niño climate pattern, which starts with high sea surface temperatures in the equatorial Pacific, tends to promote the advection of high pressure air masses over this part of Antarctica. But they’re not sure — after all, the comparably-strong 1997-98 El Niño event didn’t cause widespread melting in West Antarctica. And although the data points to a correlation between El Niño and melty ice in West Antarctica, that doesn’t necessarily imply causation.

Regardless, the authors warn that the melt event, one of the largest ever recorded in the Ross Sea sector, could be a sign of what’s to come as human carbon emissions continue to heat up the atmosphere. “Given the role of El Niño-related atmospheric circulation in promoting warm air advection to the Ross sector, a greater number of extreme El Niño events,” as are projected due to climate change, “could foster more frequent major melt events in this area,” the researchers write.

Alison Banwell, a glaciologist who was involved in unrelated field work in the the far northwestern corner of the Ross Ice Shelf in January 2016, told Gizmodo she found the study “very interesting” but cautioned about jumping to conclusions.

“I agree with the authors that the predicted increase in the number of El Niño events may expose some parts of the WAIS to more frequent major melt events, but equally, other parts of WAIS may experience colder than usual spells of weather during these times,” she said, noting that the region she was stationed in last January experienced cooler-than-average temperatures. “I suggest that more research is required to investigate how El Niño influences regional variations in climate across Antarctica.”

If nothing else, the findings point to yet another potential factor to keep an eye on as we watch Antarctica transform before our eyes. From hundreds of miles above the Earth to computer screens thousands of miles away, scientists are monitoring this frozen landscape, and what they’re seeing worries them.