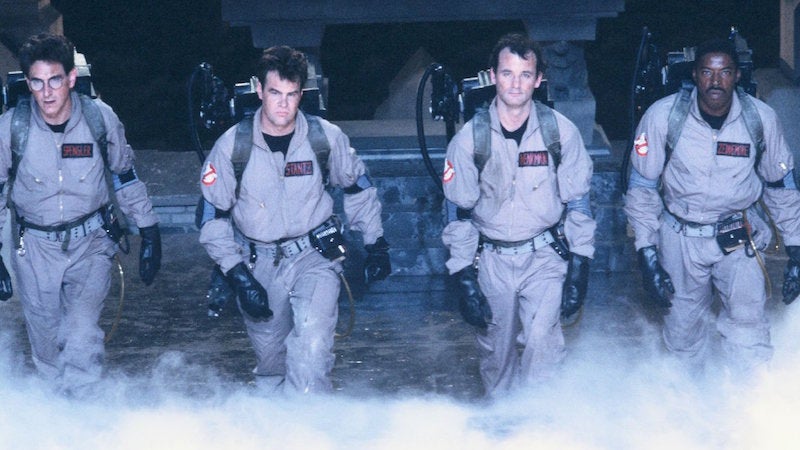 Oh, sweet spirit. On the one hand, we have Dan Aykroyd being extremely negative about Paul Feig's Ghostbusters. On the other we have Ivan Reitman being extremely positive about what he'd like to do with the Ghostbusters franchise in the future. Neither of them make much sense, but there's something much nicer about Reitman's view.

On a recent Facebook Live interview, via ScreenRant, Reitman talked about how he wants to put the new movie and original movie into the same universe:

I think one thing that fans have clearly wanted, and so did I, is that somehow we tie the worlds together. That the historical films — the ones that I originally directed, you know, back in the '80s — mixed with the film that Paul Feig just did and that world. I think it was a little awkward that it wasn't connected, and we certainly heard a lot from everybody out there. So I would definitely want to connect to all of that.

Given the less-than-ideal reception to Feig's movie and the extremely unlikely event that Bill Murray would be willing to reprise his role as Peter Venkman for a movie that connects the two (and given the weirdness of connecting the universes after the original cast all cameo'd in the new movie anyway), it's really unlikely that we'll see this happen outside of the comics.

His other idea is to have Ghostbusters all over the world, franchising the brand like a fast food restaurant:

What we've been doing a lot of is thinking about the franchise rights for Ghostbuster, because Ghostbusters — that idea doesn't have to just take place in New York, it can happen over the world. I think it would be really cool to see Korean ghosts or Chinese ghosts. All those great traditions in the world have all these historical stories and all these tales of things [that] those people are afraid of. To have a sort of local group of Ghostbusters that tie with the head office in New York would be fun.

Again, not a bad idea, and one that's been floated before, including in last year's IDW comic Ghostbusters: International. If Reitman and Aykroyd can actually get another Ghostbusters movie made, this might be the most viable option of them all.