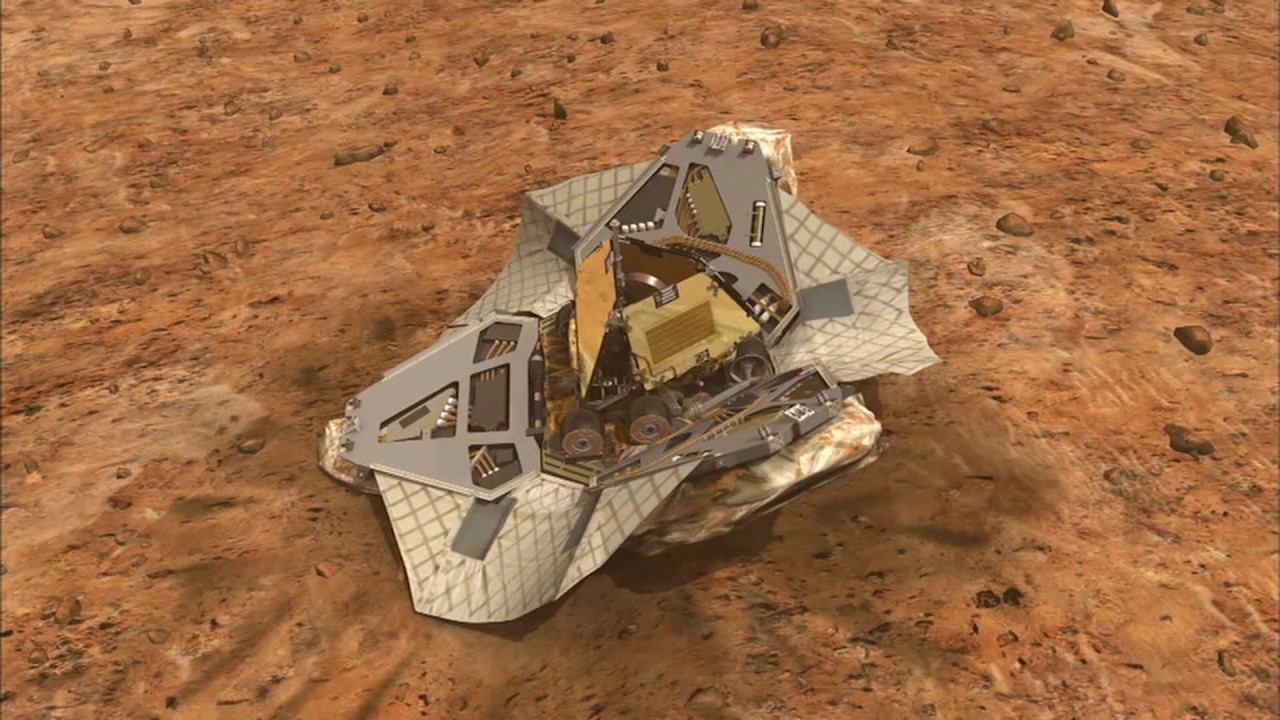 I’m not the only one that gets all teary at this sort of thing, am I?

Every day, for the last 20 years, NASA has been exploring the surface of Mars. Here’s the journey so far condensed into a three minute video.

Exploration of Mars started in 1971 by the Soviet Union’s space program. The Mars 2 (with the Prop-M rover on board) failed landing, and later that same year That same year, Mars 3 stopped communicating just 20 seconds after landing.

The first successful mission, landing on 4 July 1997, was NASA’s Pathfinder – and it had the Sojourner rover on board. It stopped communicating on 27 September, 1997.

The UK’s Beagle 2 was declared lost after no communications were received following the scheduled landing on Mars in 2003.

NASA’s Spirit (MER-A) and the Mars Exploration Rover launched on 10 June 10 2003 and landed successfully on 4 January 2004. Nearly 6 years after the original mission limit, Spirit had covered a total distance of 7.73 km – until its wheels got stuck in sand (Anakan was right about the sand). It was used as a stationary science platform until its last communication on 22 March 2010. We stopped trying to reach it on 25 May 2011.

Opportunity (MER-B) and the Mars Exploration Rover was launched by NASA on 7 July 2003 and landed successfully on 25 January 2004. It has lasted longer than any of its predecessors, and is still going.

NASA’s Curiosity and the Mars Science Laboratory (MSL) was launched 26 November 2011 and landed in the Aeolis Palus plain near Aeolis Mons (also known as Mount Sharp) in Gale Crater on 6 August 2012. It’s still trekking around the surface of the red planet today.