Buried Lakes of Salty Water on Mars May Provide Conditions for...

A Movie About McLaren Is Playing In Sydney Next Week 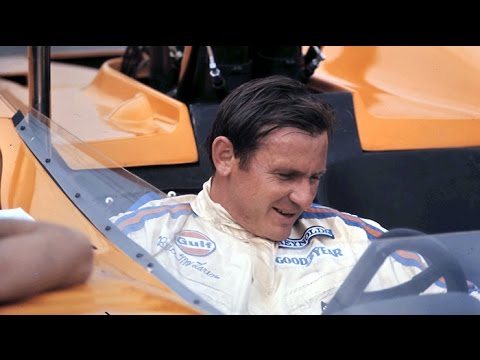 The man who was the inspiration for one of the world’s most hardcore high-performance car brands and Formula 1 teams, Bruce McLaren, was a New Zealander. Australian-born NZ director Roger Donaldson has told his story in McLaren, a new film showing next weekend as part of the Sydney Film Festival.

The story of Bruce McLaren, the “humble New Zealander” whose name lives on in car fanatics’ minds, was a fascinating bloke. You might know Donaldson from The World’s Fastest Indian, but his latest film is a 92-minute documentary about the tragically short life of McLaren, the brilliantly capable Kiwi driver who built the McLaren Racing Team — now McLaren-Honda — in 1963. McLaren was killed in 1970 while testing a new race car, but in his 32 years he had a lot going on.

Roger Donaldson (Smash Palace; The World’s Fastest Indian), a motor racing fan, tracks McLaren’s full-throttle career from his dad’s Auckland garage to the world stage. A naturally brilliant driver, McLaren moved to Europe in 1958, at a time when the Formula One scene drew huge crowds in exotic locations, and winners were idolised like movie stars.

This was the era of Jack Brabham, Jackie Stewart, Emerson Fittipaldi – and McLaren was the youngest of them all. Not just a driver, he formed the Bruce McLaren Racing Team in 1963 to build and race his own revolutionary cars. In 1970, at age 32, he was killed in an accident while testing a new race car. Donaldson tells the story of this legendary, unassuming Kiwi through interviews, archival footage, and big-screen worthy recreations.