Your Sense Of Smell Is Not As Terrible As You Think

Watch a dog sniff its way around town, smelling grass, fire hydrants and butts along the way. You might think, “Wow, I’ll never be able to do that.” But why not? Have you even tried?

If you did, you might be surprised by what you smell.

As far back as the ancient Greeks, humans have derided the “less divine” sense of smell. In the 19th century, anatomists hypothesized that our evolving free will stunted our olfactory sense. The truth is that our noses are incredible chemical sensing machines and our brains have powerful scent processing abilities. Once scientist hopes to stink up the smell myth once and for all, with a new review paper explaining how this underrated sense works.

“People have been arguing against the idea we had a bad sense of smell for as long as [others] have been trying to prove it,” study author John McGann, associate professor at Rutgers, told Gizmodo. “It seemed like a good time to take the newest and best data, combine it with the history and make the argument we’ve been neglecting smell.” Writing today in the journal Science, McGann explains that the myth that humans are terrible smellers probably took hold in 19th century France, when the Catholic Church was trying to fight "materialism." Famous French anatomist Paul Broca noticed that the part of the bottom of the human brain called the olfactory bulb was small compared to the rest of the brain, if you compared its relative size across animal species. Boca got a lot of shit from the Catholic bishops for doing his work, which could have pressured him coming up with an explanation matching the moral environment of the time, that humans have a bad sense of smell.

But another smell researcher, director of the Smell and Taste Center at the University of Pennsylvania Richard Doty, told Gizmodo the myth could have started with Charles Darwin, who wrote in 1871 that "[human olfaction] is of extremely slight service, if any, even to savages, in whom it is generally more highly developed than in the civilized races." Dang Darwin, that's, uh, problematic.

"I have crawled around with my nose on the ground. It's amazing what you can find."

Psychologist Sigmund Freud reinforced the myth that humans aren't good smellers, and it has persisted to today, "even in the scientific community," said McGann.

It turns out, the human olfactory bulb is bigger than most animals'. Humans have roughly the same number of neurons in it (around 10 million) as other animal species, give-or-take an order-of-magnitude. But we also have a much more complex brain for interpreting the things that we smell.

I had people asking whether humans are better [smellers] than dogs. That's not what it is. It's a much more nuanced thing.

Experiments have verified this. We're far more sensitive than rats or monkeys, for instance, to the smell of certain chemicals like 3-mercapto-3-methylbutyl formate (a molecule in coffee), although we're worse than rats and about as good as monkeys at smelling 3-mercapto-3-methylbutan-3-ol, a leek, meat and onion-y smelling compound. We're just as good as dogs at smelling amyl acetate, the chemical that gives bananas their smell.

Our behaviour is influenced by smell, too -- odours can cause our brains to recall memories and emotions or cause us to avoid something. We have our own smells and seem to subconsciously smell others, according to studies cited by McGann.

Why Do We Smell The Change Of Seasons?

Flowers may be spring's hallmark, but humans can also smell the change of seasons. What exactly is that familiar scent that lets us know it's a new time of year? Turns out, it's a lot more complicated than wood smoke and pumpkin spice lattes.

Matthias Laska, a smell scientist from Linköping University in Sweden who McGann frequently cites, agreed with the thesis of the new review. "That's science for you," he told Gizmodo. "I've been working in the field for more than 20 years challenging the dogma of humans having a poor sense of smell. It's hard to write against this or do research against this, but someone has to do it."

Other experts thought the review was a good piece of work, but warned me not to overstate its conclusions. We clearly don't rely on smell in the same way that other mammals do, said Doty. Even McGann tempered his conclusions a little. "I had people asking whether humans are better [smellers] than dogs. That's not what it is. It's a much more nuanced thing." You might be better at smelling certain plants because you eat them, but a carnivorous and territorial animal like a dog might be better at picking odours out of urine.

One thing I wanted to know from McGann and Laska was how to smell better. After first suggesting deodorant, McGann said it's hard to give a scientific answer. But both experts noted that many people don't make associations between scents and the things that produce them. You might spend all day in New York City smelling piss, but fail to make the association that it was piss you were smelling. You have to smell a lot of stuff and label it in your head before it becomes second nature, like Bianca Bosker did in her recent book, Cork Dork, where she went on a journey to become a master sommelier.

As for the future, smell scientists are only just beginning to sniff out the purpose of smell in our day-to-day lives. They want to know what we're good at smelling and what makes people good or bad sniffers. McGann also hopes that one day scientists will be able to do more for folks who have lost their sense of smell. Others want to see a colour wheel of smell, akin to what we have for sight. 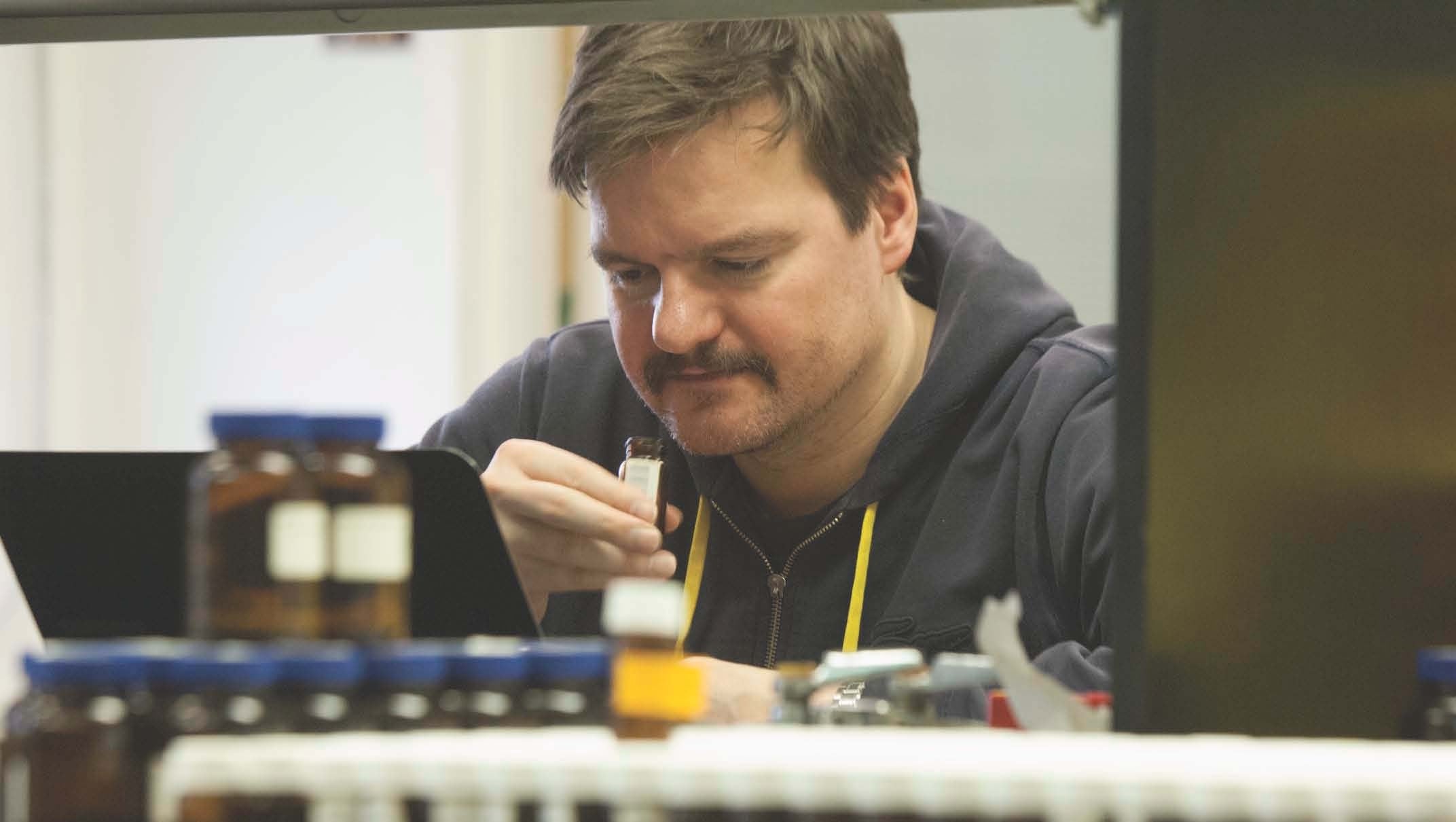 We May Soon Have A Colour Wheel For Smell

Whenever you say a colour name, you're referring to specific properties of light waves. Sounds work the same way, but with properties of compression waves. But what about smell? With all of the different scented chemicals out there and their complex interactions, it's been impossible to create a simple scale to describe the odours or noses detect.

I asked McGann about some of his own experiences with smell. "I have crawled around with my nose on the ground," he wasn't ashamed to admit. "It's amazing what you can find."