Why The Hell Doesn’t The Surface Laptop Have A USB-C Charger? 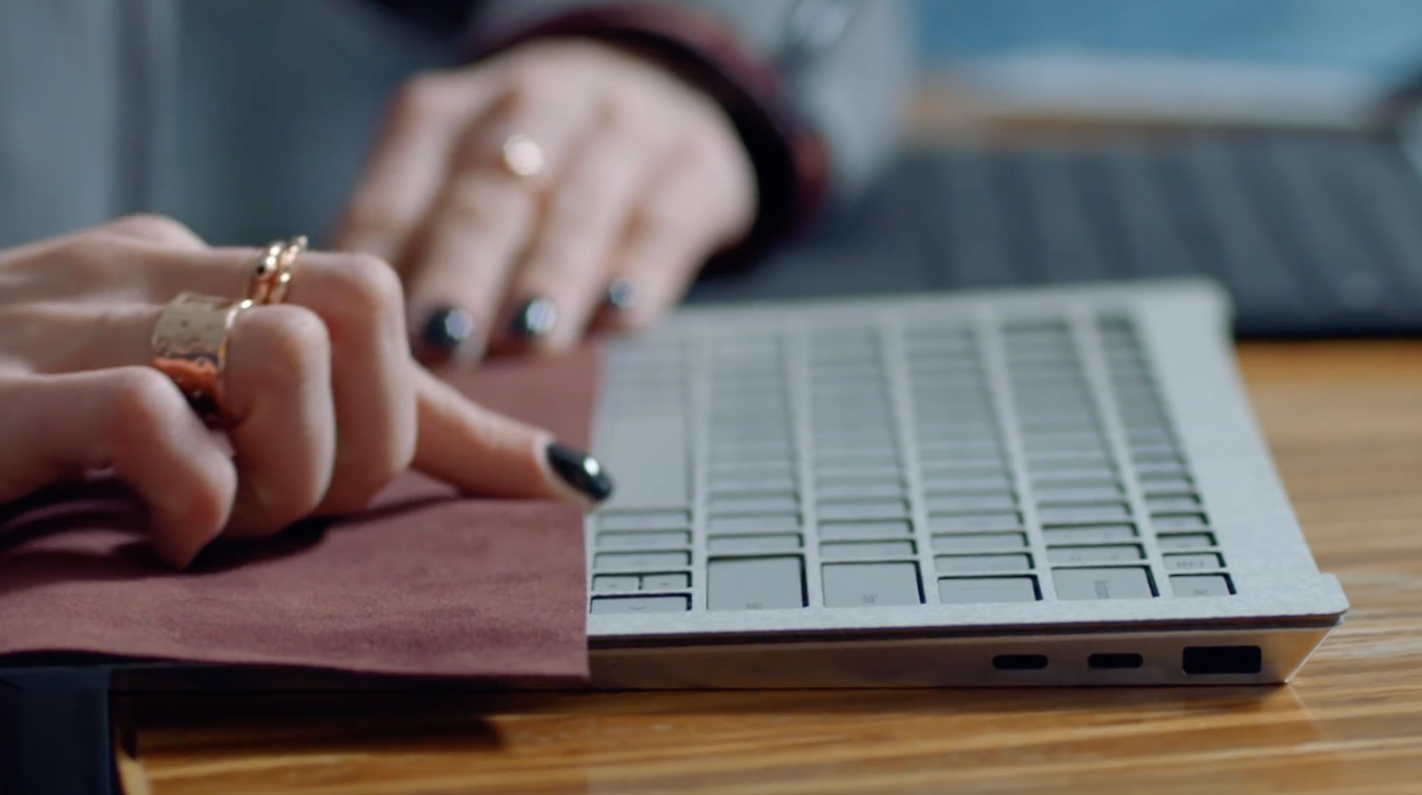 Microsoft announced the Surface Laptop yesterday, and our first impressions of the device were great. It’s super thin, looks like a Macbook, and somehow manages to cost less. But there was one glaring weakness we couldn’t get over: It uses a proprietary charging cable rather than USB-C, the new standard that many other modern laptops employ.

Now, there’s evidence that Microsoft at least flirted with the idea of including a USB-C. As Tom Warren from The Verge points out, a Microsoft promotional video for the Surface actually reveals a prototype with not one, but two USB-C ports on the side of the keyboard.

You can see for yourself at the 1:02 mark below:

We reached out to Microsoft about why they apparently decided to go without the USB-C ports, and here’s what a spokesperson said:

Our customers tell us that the vast majority of the peripherals they currently need and use are USB 3.0 compatible, which is why we are offering this port in the Surface Laptop. We have a robust docking solution with Surface Connect and the Surface Pro Dock, and MiniDP is a widely-supported standard for displays across the market.

We are constantly listening to customer feedback, monitoring the market and developments in this area for future programs but have nothing to announce at this time.

What’s weird about this logic is that USB-C is backwards compatible. That’s one of the reasons we love this dumb little port so much. The only catch is it would require a USB-C to USB 3.0 cable — but that costs about $15 online. It isn’t exactly a huge burden, and also very clearly not a compatibility issue.

As we pointed out yesterday, Microsoft’s decision not to include the USB-C port is downright baffling. Most of the newest PCs and smartphones have already embraced the new universal connector, and we don’t really see what benefits Microsoft’s terrible proprietary charger would provide.

The most egregious part is that Microsoft’s proprietary charger probably doesn’t do anything functionally better than the USB-C. In fact, our own experiences with the Surface chargers have been abysmal. They often don’t stay connected to the device and can even cover up other ports. As one of our editors who used the Surface Book and its crappy charging cable for several months put it, “It just doesn’t work.”

Even Apple, a company known for giving preference to its own components, included a USB-C port on the new Macbook. If any company had a reason not to embrace the new standard, it was Apple, who already had the best charger on the planet in the MagSafe cable.

So that brings us back to yesterday’s announcement. Microsoft’s vice president of devices, Panos Panay, said during the launch event that the Surface Laptop was meant to last students all four years of university. But with all other major PC makers, including Apple, embracing USB-C, it remains unclear why Microsoft hasn’t yet done the same.