Watch This Lucky, Lucky Idiot Get Flung From His Jeep And Walk Away 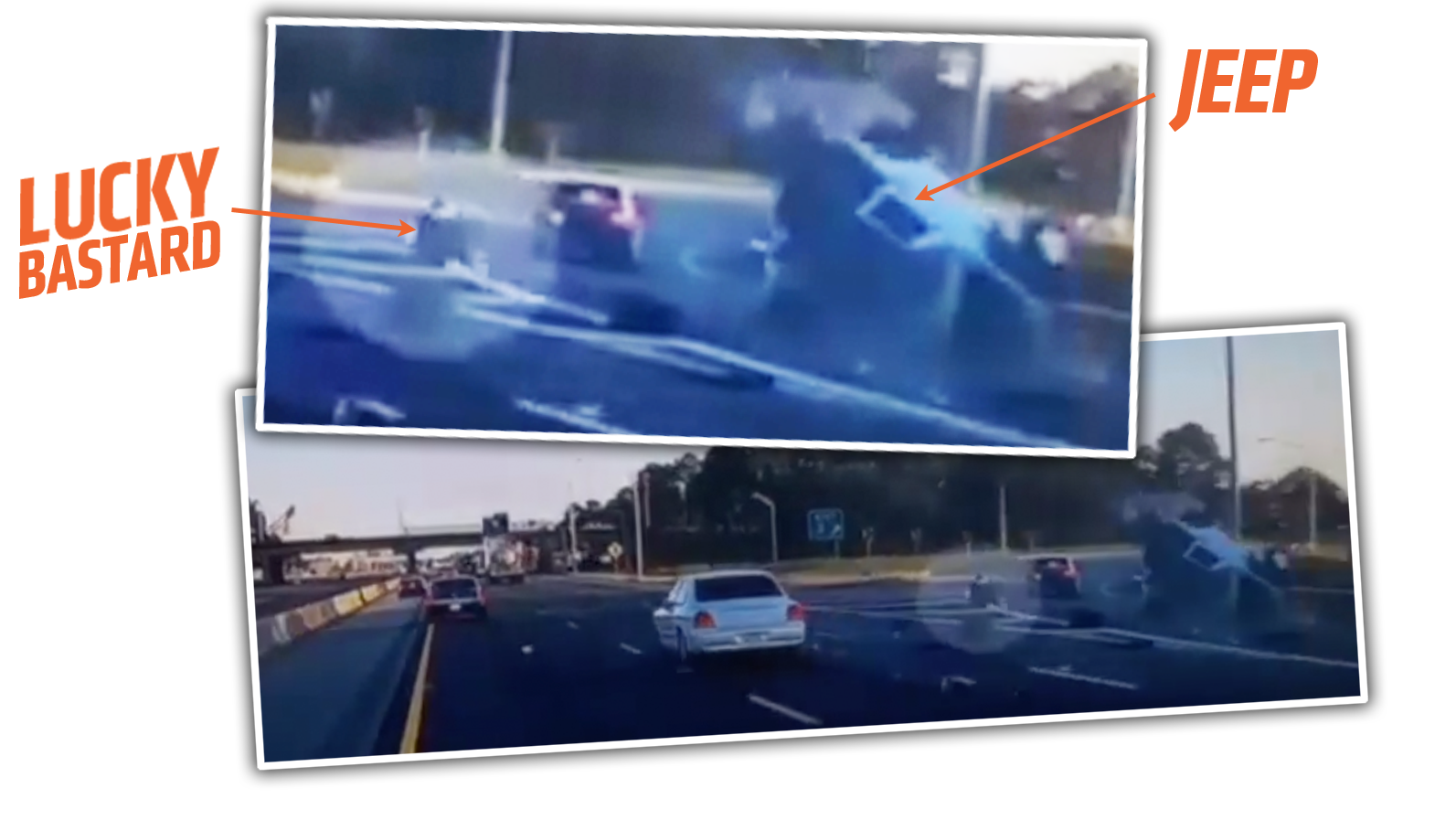 A reckless Jeep driver in Mobile, Alabama just used up every molecule of luck he had after flipping and rolling his Jeep in traffic on Interstate 65, getting flung out of the Jeep, and somehow getting up and walking away.

The Jeep and a Mustang were both spotted speeding down the highway, and the Jeep was weaving in and out of traffic. The Jeep clipped another car while trying to pass, and the contact sent the Jeep off-balance and into a roll.

The video was captured by a a man driving a work truck, who spoke to FOXTV10. The work truck driver did an admirable job of predicting the future:

It's not clear if the driver was wearing a seat belt or not; what is clear is that, somehow, the driver flopped out of the Jeep mid-roll, and was able to stand up before the Jeep had stopped rolling over.

All of the contents of the Jeep's interior were spread out over the road, forming an impromptu yard sale, and the Jeep's passenger was removed from the Jeep by people who stopped to help.

The driver and passenger of the Jeep suffered serious but non-life threatening injuries, which is pretty remarkable.