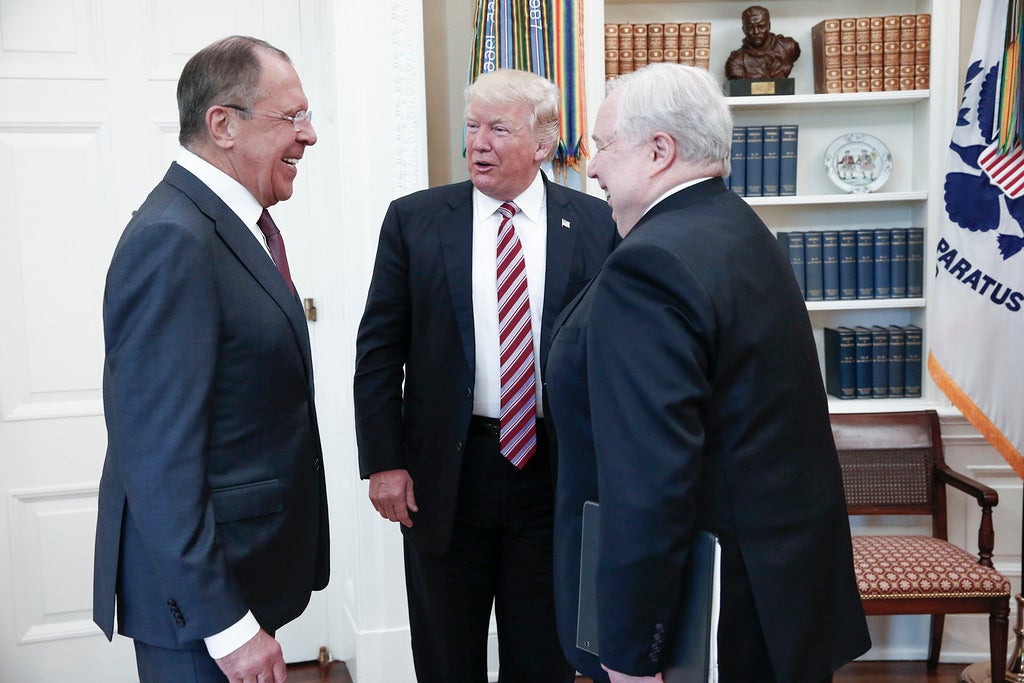 This won’t come as a surprise. Last week, the day after the president fired James Comey, the tangerine nightmare that is now the leader of the free world met with the Russian foreign minister and ambassador. Then he reportedly revealed some highly classified information, putting not only our continued access to an important source in jeopardy, but also America’s efforts to fight ISIS at risk.

The situation between Trump and Russia was already very bad, but this latest development makes it much, much worse. According to The Washington Post, the source of the classified information was “an ally that has access to the inner workings of the Islamic State.” What’s even more unsettling is that, based on officials’ statements about the incident, Trump was “describing details about an Islamic State terror threat related to the use of laptop computers on aircraft” to Foreign Minister Sergei Lavrov and Ambassador Sergey Kislyak without consulting anyone ahead of time. It honestly sounds like he started bragging and couldn’t keep the highly classified information to himself.

One of the Post‘s sources claims that Trump told the Russian officials. “I get great intel. I have people brief me on great intel every day,”

“This is code-word information,” another unnamed United States official told the Post. “[Trump] revealed more information to the Russian ambassador than we have shared with our own allies.”

That’s so bad. So bad that apparently White House aides were frantically calling the CIA and the NSA right after the meeting to try and limit the scope of the damage. That’s embarrassing for everyone! Let’s not forget that this happened a day after President Trump fired the head of the FBI. Now, let’s look at some things that Trump and top Republicans have said about revealing America’s secrets.

Crooked Hillary Clinton and her team "were extremely careless in their handling of very sensitive, highly classified information." Not fit!

This was a constant attack Trump used on the campaign trail. He loved to exploit Clinton’s use of private email servers and exploit information revealed in the DNC hack as examples of how the Democrats couldn’t keep America’s secrets safe. As for the Republican leadership in Congress, the same message was very clear.

It's simple: Individuals who are ‘extremely careless’ w/ classified info should be denied further access to it. https://t.co/XWuvfDugly

What will the United Kingdom or Germany or Saudi Arabia think now that the President of the United States is now offering up classified information to Putin’s top lieutenants, apparently by accident?

It’s simple: They will think that the US is run by a reckless, dangerous buffoon who can’t be trusted to wipe his own arse without posing a risk to national security. And frankly, after last week and now this, they wouldn’t be wrong.