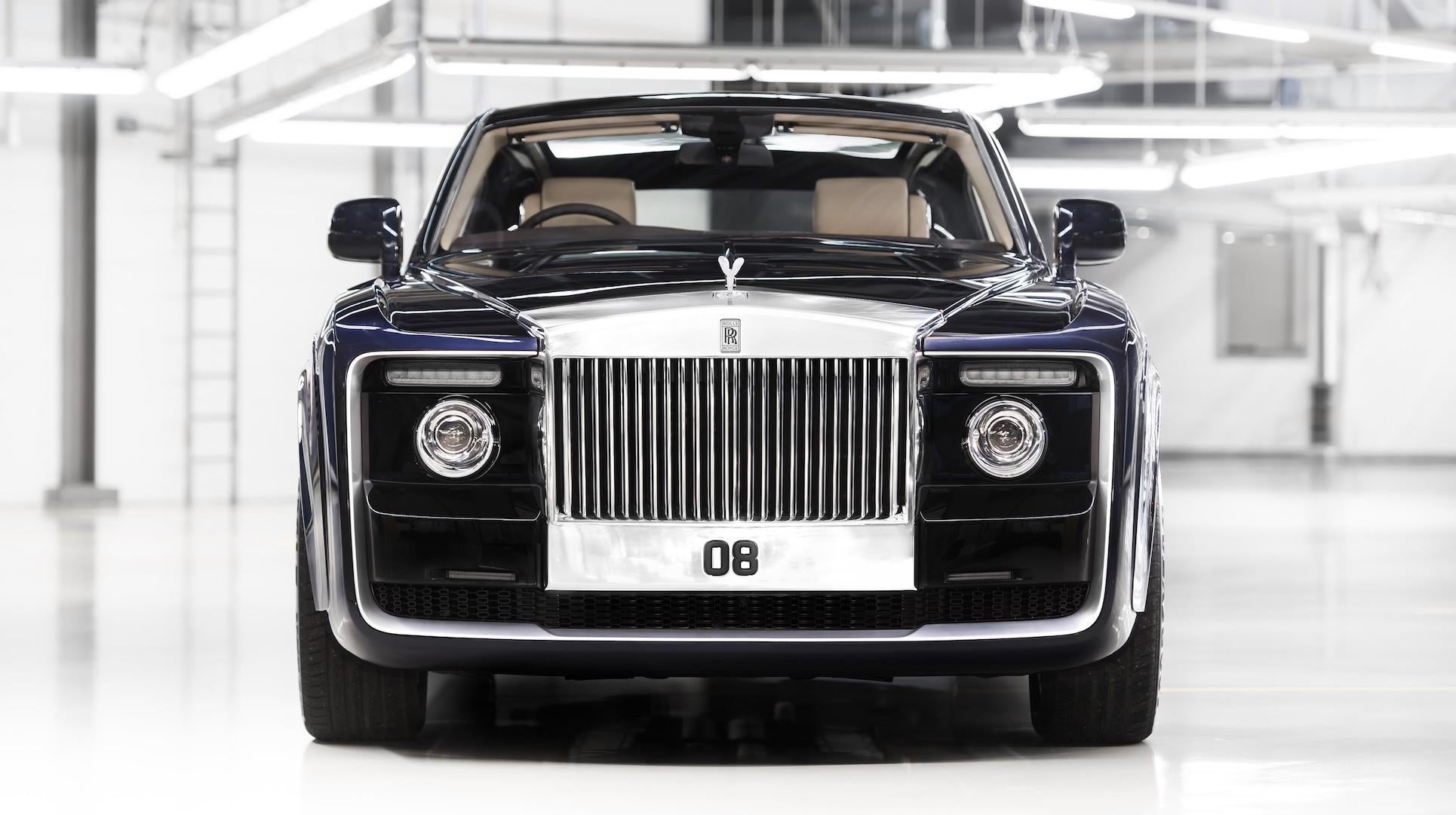 The Rolls-Royce Sweptail, a one-off coupe designed for a specific customer who likely has unfathomable amounts of cash, could be the most expensive new car ever sold at a reported $US12.8 million. The car has been in the works since 2013, and, in all of its wildly expensive glory, is kind of strange looking.

The Sweptail buyer, described in a Rolls-Royce press release as a "connoisseur and collector of distinctive, one-off items including super-yachts and private aircraft" — like all of us, of course — went to the company and asked for a car inspired by the Rolls-Royces of the 1920s and 1930s.

He asked for a coach-built coupe with a glass roof, and Rolls-Royce showed the car off at the Concorso d'Eleganza in Italy this weekend. Here's a description of the influences on its design, written with such grossly exaggerated elegance that it's almost hard to translate into the language of us common folk:

The grandeur, scale, flamboyance and drama of the 1925 Phantom I Round Door built by Jonckheere; the svelte tapering glasshouse, dramatic dash to axle proportion and up-sweep of the rear departure angle of the 1934 Phantom II Streamline Saloon by Park Ward; the elegantly falling waist-rail, swept tail coachwork of the 1934 Gurney Nutting Phantom II Two Door Light Saloon, and the flowing roofline, rising departure angle, and again the swept tail coachwork of the 1934 Park Ward 20/25 Limousine Coupé were all considered by today's Rolls-Royce designers in the creation of this very distinctive motor car.

The Telegraph reports that the car cost around £10 million, or just over $US12.8 ($17) million at current exchange rates. The outlet also reports that it's the most expensive new car — forget about auctions or privately sold cars — ever sold, which would sound about right since the average Bugatti Chiron slots in at just under $US3 ($4) million.

But remember that if you have the money, a manufacturer will do just about anything for you. Dip your expensive, performance-oriented supercar in solid gold, if you want. McLaren even offers "almost limitless customisation" on its 720S, except for T-tops. You won't get any of those.

The point is, the number that determines the "most expensive new car ever sold" is murky no matter how you look at it. The Telegraph is also one of the few outlets reporting the $US12.8 ($17)-million price, while GQ said Rolls-Royce "refused to give ... a figure, or even a hint of one."

We may not ever know how much the Sweptail cost its owner, but we do know what it looks like: sort of like wagon with a deflated back end, which is a little strange — but, then again, we humans will think anything is strange to make ourselves feel better about not being able to afford even a small fraction of it.

Below are some photos and a video of the car, so you can feel thoroughly poor and unworthy on this fine Saturday. Enjoy yourselves. 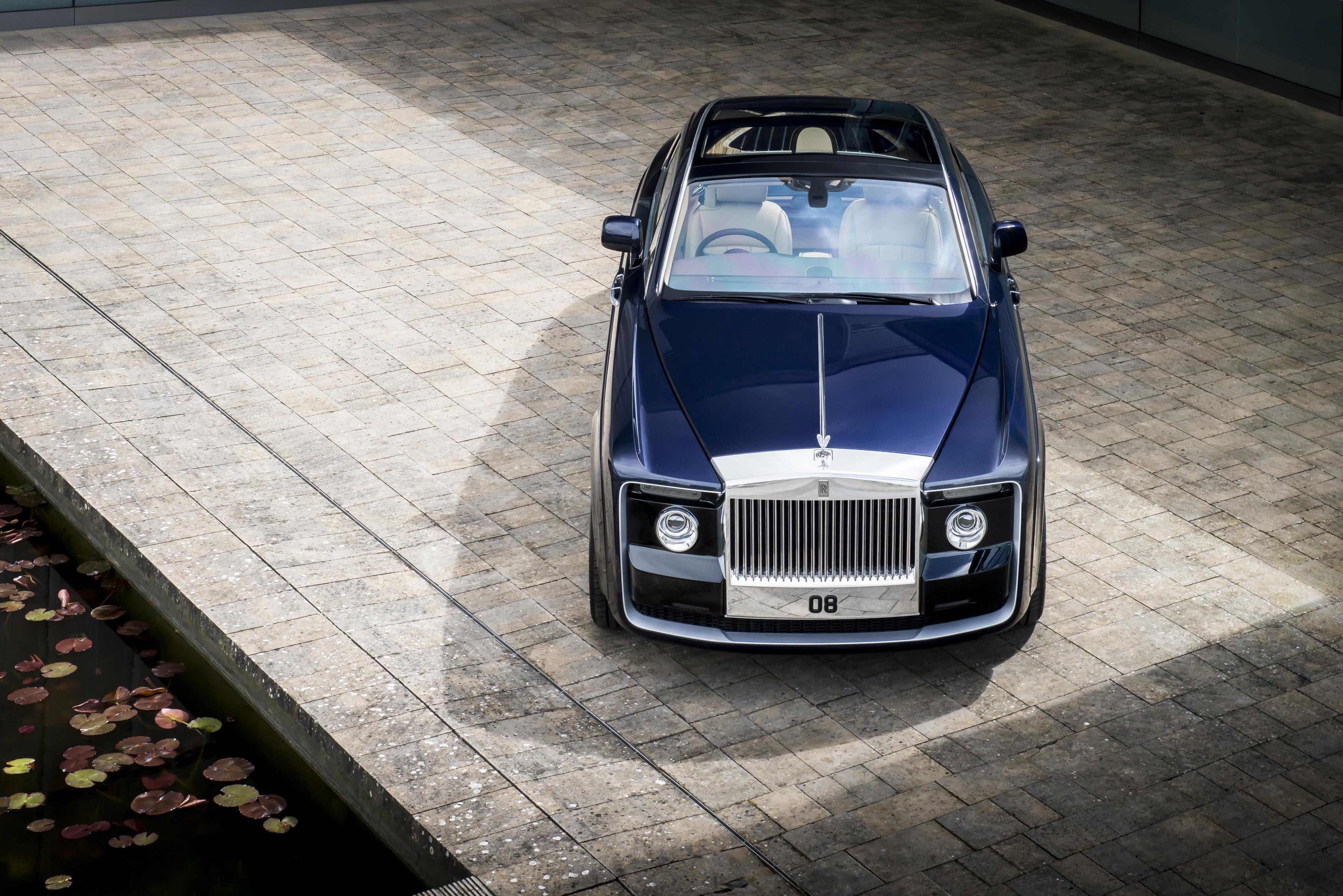 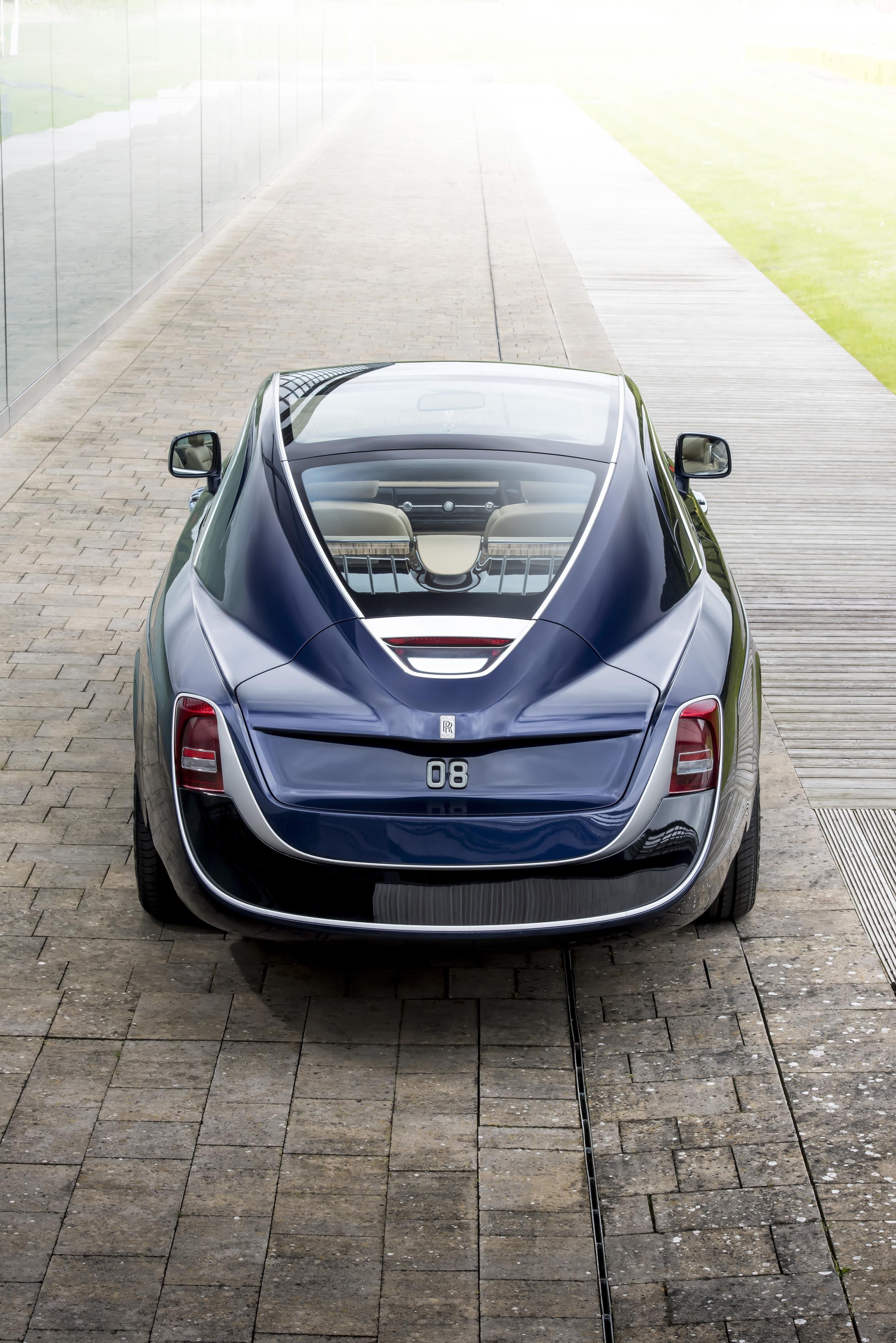 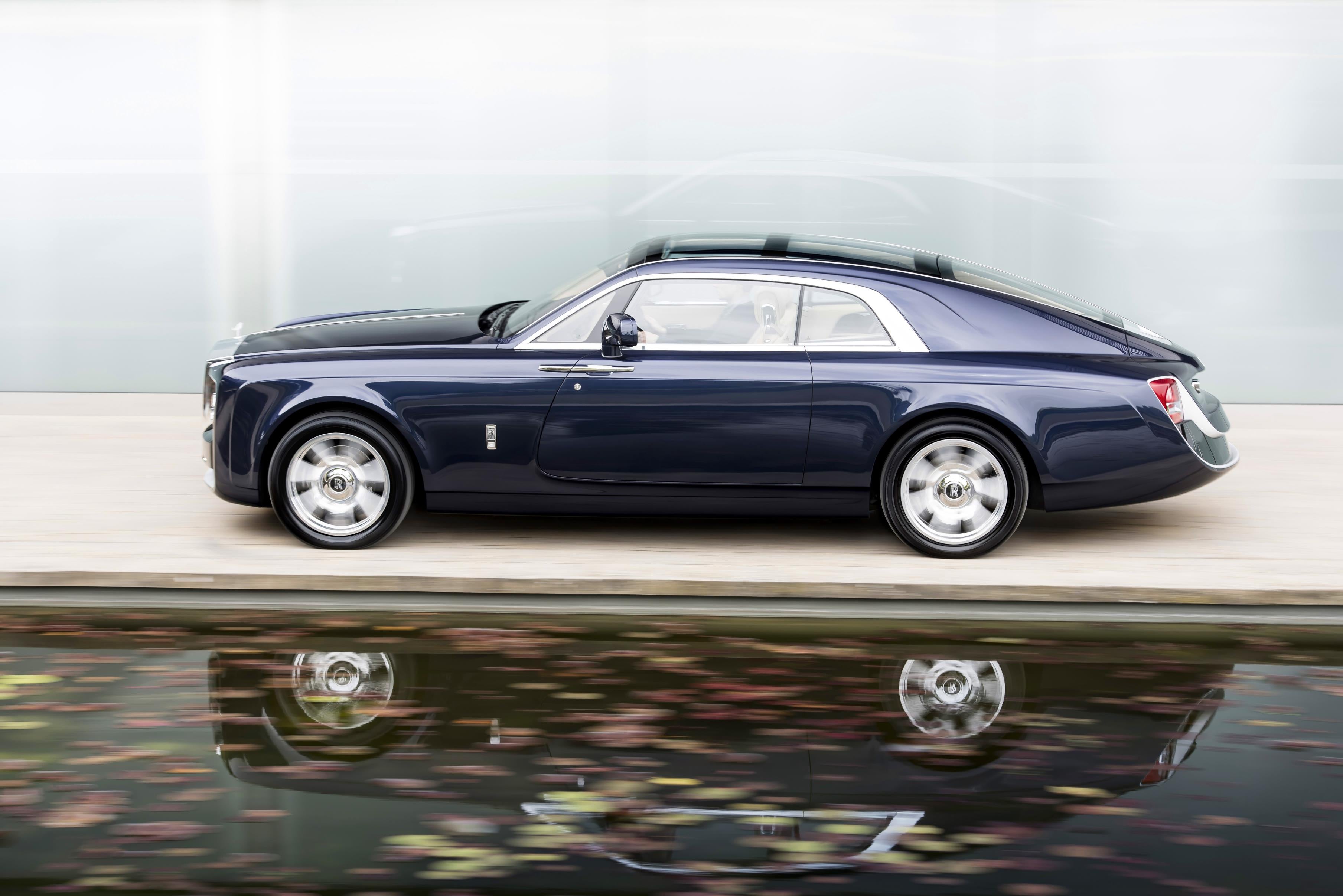 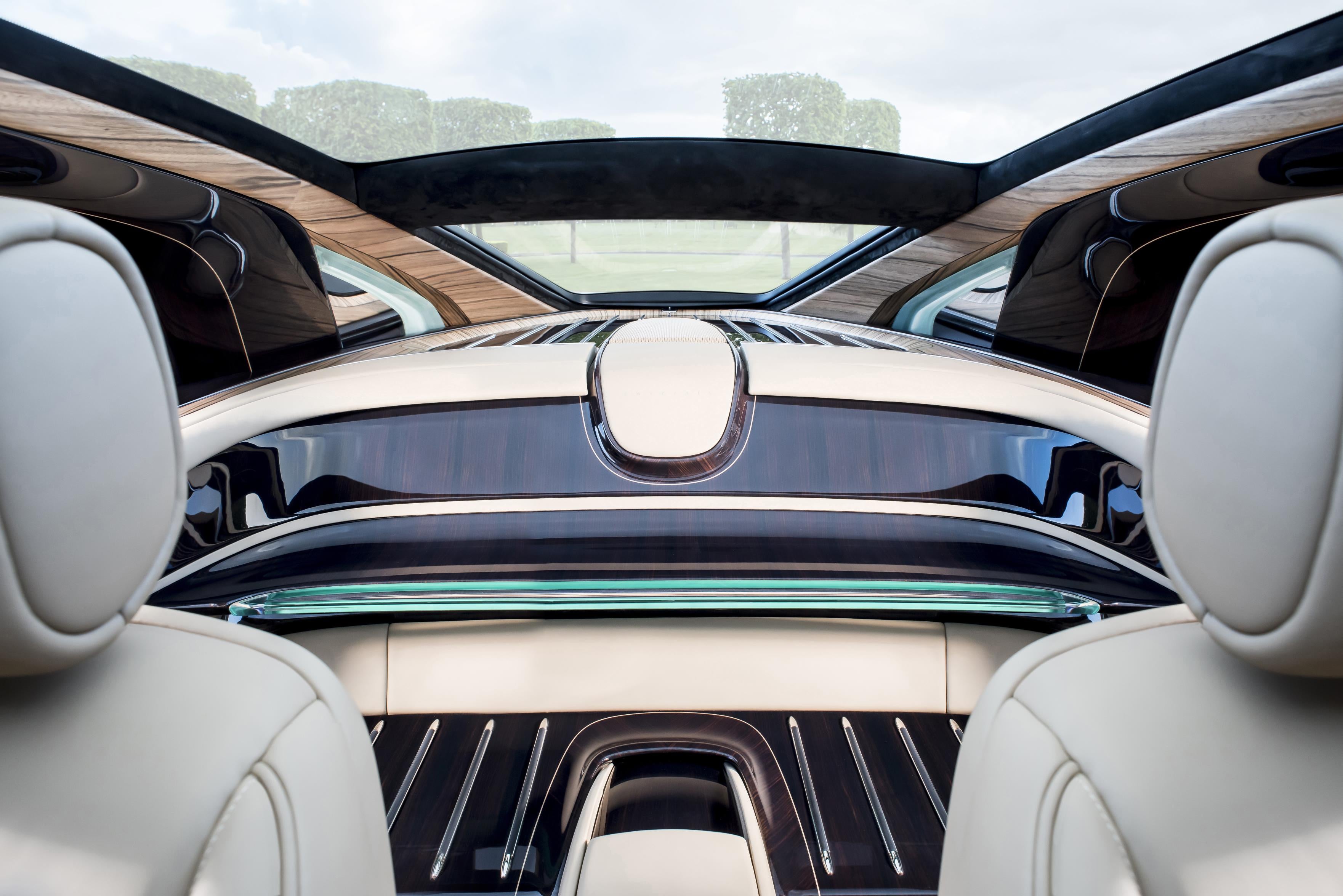 Rolls-Royce made no mention of whether the client or designers remembered to include its famous umbrellas in the reported $US12.8 ($17)-million design, but surely he'd be able to afford a couple of them if not.