This Isn't Anakin Skywalker's Lightsaber Any More, It's Rey's 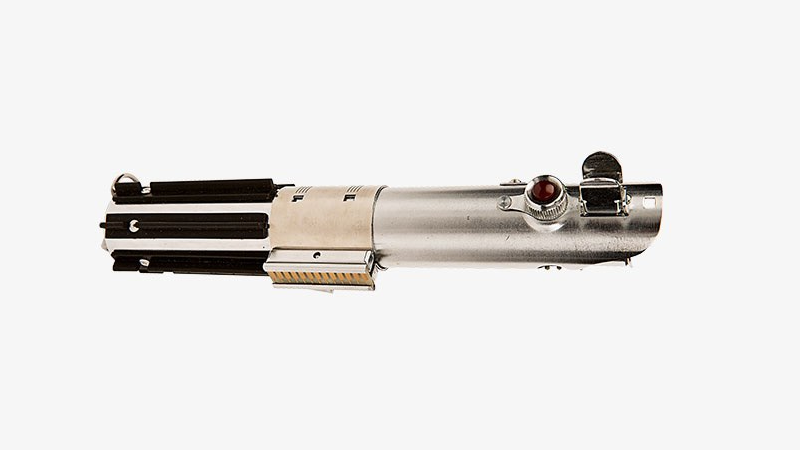 Anakin Skywalker's lightsaber is no more — at least namewise, that is. It turns out, internally at Lucasfilm, the marketing team no longer views this weapon as one owned by the fallen Jedi... instead, it's now officially Rey's weapon of choice.

The intriguing change of ownership comes via today's episode of the Star Wars Show. It included a snippet from an interview with Lucasfilm Story Group creative executive Pablo Hidalgo, conducted as part of Vanity Fair's elaborate set report for The Last Jedi, which is due to be released on shelves tomorrow:

Either way, the blade is no longer considered Anakin's lightsaber by the Lucasfilm marketing department. It has now been officially dubbed 'Rey's'.

You can find the quote in the video below at around three minutes in, but you should also probably watch the opening just to see the cast of Hamilton sing "Happy Birthday" to Star Wars, since it's pretty fabulous:

But elaborate sing-songs aside for the moment, the official transition — even as just a marketing term — from the saber being Anakin's to now being Rey's is an interesting sign of Lucasfilm's own internal cataloguing of its vast canon, and a tease of what to expect in The Last Jedi. Rey might have last been seen handing the blade over to Luke in The Force Awakens, but she's actually going to be holding onto it herself for the foreseeable future, if Lucasfilm has anything to say about it.

Unless she gets her hand cut off and loses it, that is. I mean, after all, it is the second entry in a Star Wars movie trailer. Lopped saber hands are a time-honoured tradition!