This Futuristic Shape-Changing Pasta Was Inspired By Star Wars 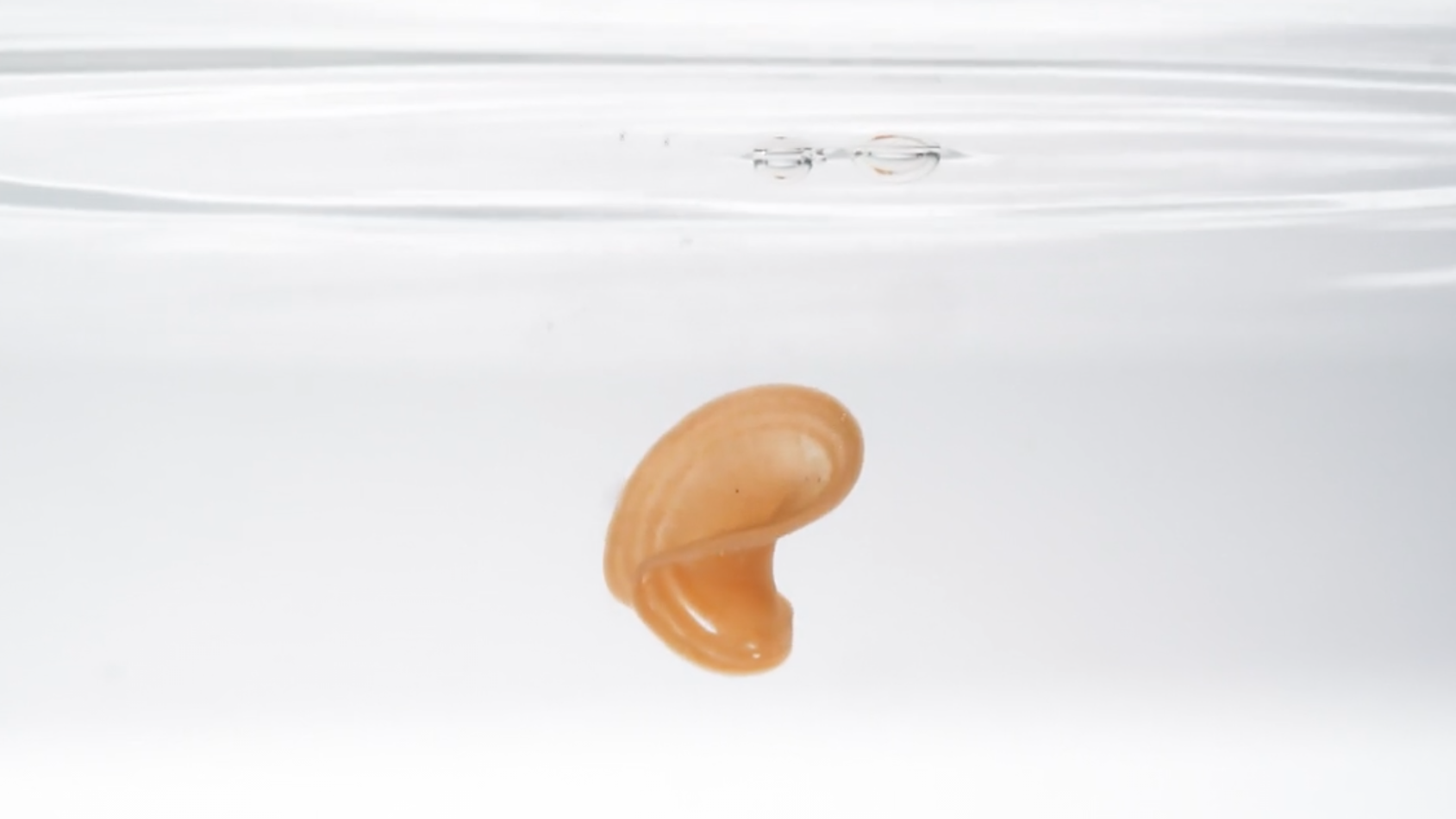 Pasta might not make you think "science". But then again, you probably haven't shouted "holy crap" while you watched it curl up before your eyes.

A team of MIT and Syracuse University researchers are working on how to reduce food shipping costs and required storage space — a fairly mundane problem, admittedly, but an important one. There are plenty of folks who need a lot of food in a small amount of space, like hikers and even astronauts. The scientists have come up with "transformative appetite", where two-dimensional films of a gelatin-cellulose composite curl up into various 3D shapes in water. One day, hopefully, they will be able to make pasta do the same.

The paper's first authors met because both were food lovers from Inner Mongolia, and wanted to make self-folding dumplings, said author Wen Wang, also from MIT. Then they saw Star Wars: The Force Awakens, and were inspired when Rey made bread by dipping powder into water. "So I was wondering if it is possible to make a shape-changing food through manipulating food water adsorption ability," said Wang.

The shape shifting comes from a fundamental property of food, its water absorption, explained Yao. Noodles grow bigger when they're cooked. But different components of the pasta — the carbohydrates, proteins and cellulose — all swell differently. So the researchers separated the components out, then put them back together in layers using screen printing. The different absorption rates causes the food to fold differently.

That, combined with a simulation interface built by study authors Ten Zhang and Chin-Yi Cheng, gave the researchers a system where they could design all sorts of films and shapes with a few clicks and their special printer. The team presented their work at the Association for Computing Machinery's 2017 Computer-Human Interaction Conference on Human Factors in Computing Systems this month.

There are drawbacks to the method as-is. Wang and Yao both told me that we're not really talking about noodles yet, but a gelatin-cellulose composite. There's a long way to go before the team makes real pasta. And if there's one thing you should know about food science, it's texture first, flavour last. Seemingly every food scientist I have spoken to has told me this, from folks working on cream cheese to cultured meat. So the next challenge will be arriving at the proper pasta mouth-feel.

It doesn't matter, since you can't eat it — but you can certainly look at it. So, watch the video and enjoy some beautiful pasta-curling science.