The Wild Reason Whales Got So Freakishly Big 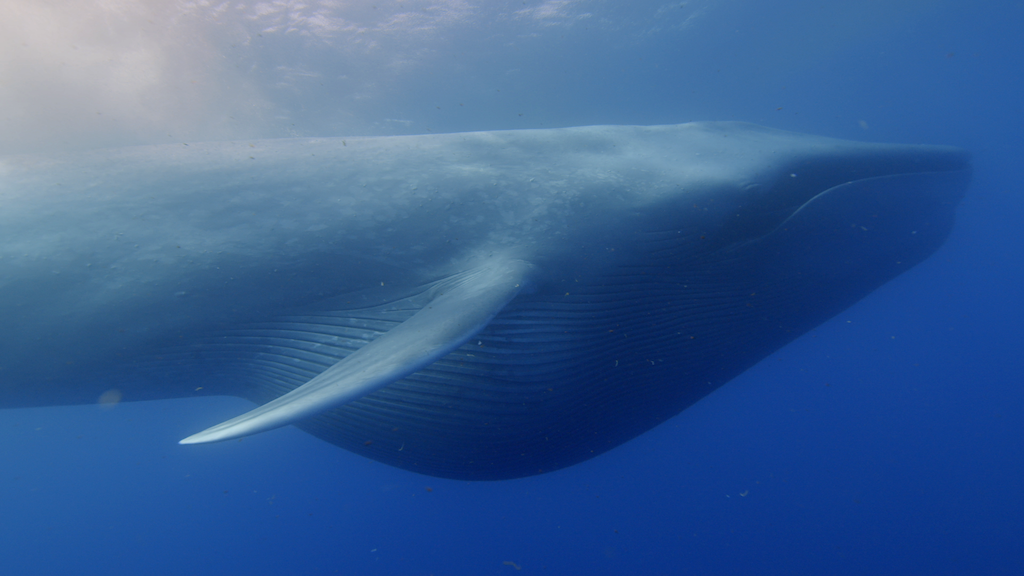 Baleen whales (Mysticeti) are vacuums of the sea. The blue whale, which is one of 12 species of baleen whales, is the largest animal in the world — AKA the biggest sea vacuum. It fuels its 200-tonne body by eating tiny crustaceans called krill, which get filtered through the blue whales' baleen. New research suggests that over millions of years, baleen whales' filter system — and a hell of a lot of krill — allowed these beasts to grow into giants.

A study that will be published tomorrow in the Proceedings of the Royal Society B investigated what could account for the fairly recent evolution of whale gigantism. A team of scientists from around the US gathered information from fossil skulls of 63 extinct whales at the Smithsonian National Museum of Natural History in Washington, DC. Some of the whale fossils the team studied date back 30 million years, according to the museum. In their analysis, the researchers found that giant whales, which can reach up to 30m in length, started to emerge only a few million years ago.

"We might imagine that whales just gradually got bigger over time, as if by chance, and perhaps that could explain how these whales became so massive," Graham Slater, a co-author on the study, said in a statement. "But our analyses show that this idea doesn't hold up — the only way that you can explain baleen whales becoming the giants they are today is if something changed in the recent past that created an incentive to be a giant and made it disadvantageous to be small."

The researchers suggest that when glaciation began before the dawn of the last ice age less than five million years ago, nutrient-rich runoff from the emerging Northern Hemisphere ice caps poured into oceans, giving rise to dense patches of krill. Baleen whales were probably thrilled about this development, and filtered the crap out of those little crustaceans. The bigger whales had an easier time foraging, according to the study's co-author, Stanford University whale researcher Jeremy Goldbogen.

"[Our paper] rejects this idea that all you needed was baleen and then you could evolve gigantism," he told Gizmodo. "That turns out to be only half of the story. You have baleen — the anatomical machine for filtering — but you also need the environment to provide you the types of resources that make filter feeding incredibly efficient."

The main takeaway here is that when it comes to thriving in an Ice Age, it pays to be a really, really, really big vacuum. Surrounded by krill. Just be a baleen whale.