The US Midwest Looks Absolutely Drenched In This Image From Space 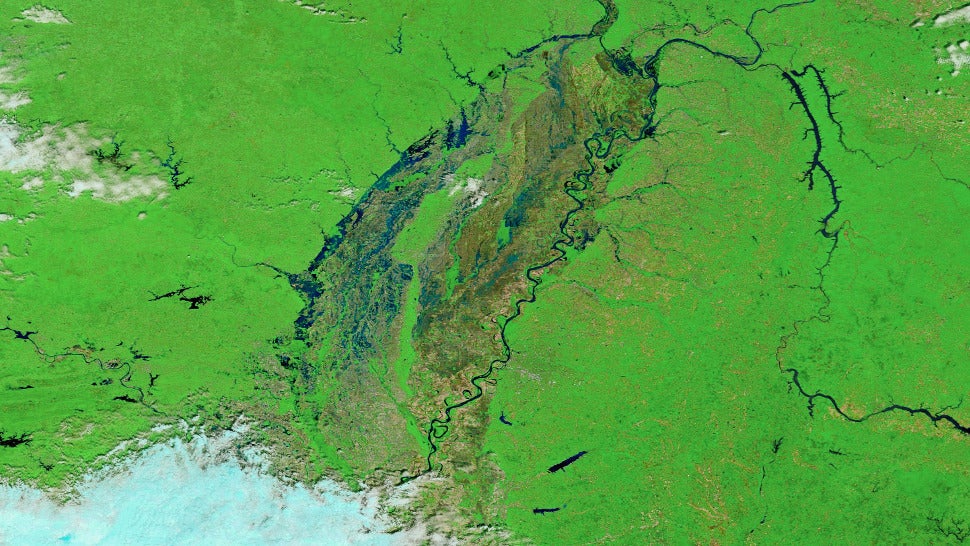 Several states across the American Midwest are experiencing intensive flooding in the wake of unusually vigorous storm system that passed through earlier in the week. Images taken from above and on the ground show the extent of the record-breaking floods, which now threaten areas downstream.

From April 29 to May 1, a volatile weather system spawned heavy rainfall, thunderstorms and tornadoes across the US Midwest. In some areas, total rainfall exceeded 25 to 38cm, causing flash-floods and surging rivers. Extensive damage has been reported in Texas, Arkansas, Missouri, Mississippi, Alabama and Tennessee. The floods have resulted in the closure of major waterways and hundreds of roads across several states. According to the Weather Network, at least 20 people have been killed in the Midwest since flooding began late last month. 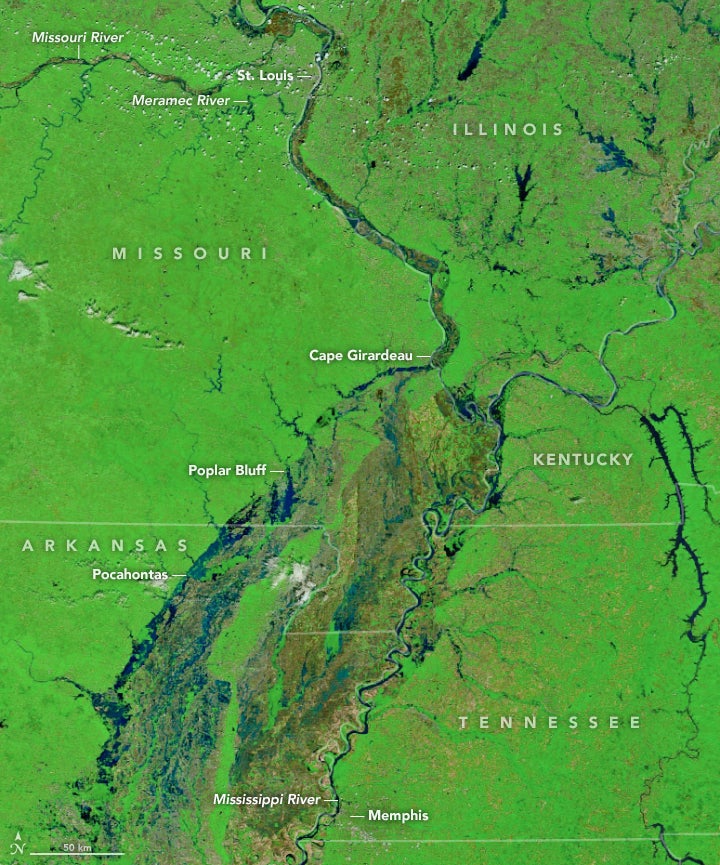 On Tuesday May 2, NASA's Terra satellite snapped a false-colour image of flooding along several tributaries of the Mississippi River (above). For comparison, NASA provided an image of the same area on 25 April 2017, before the flooding began (below). 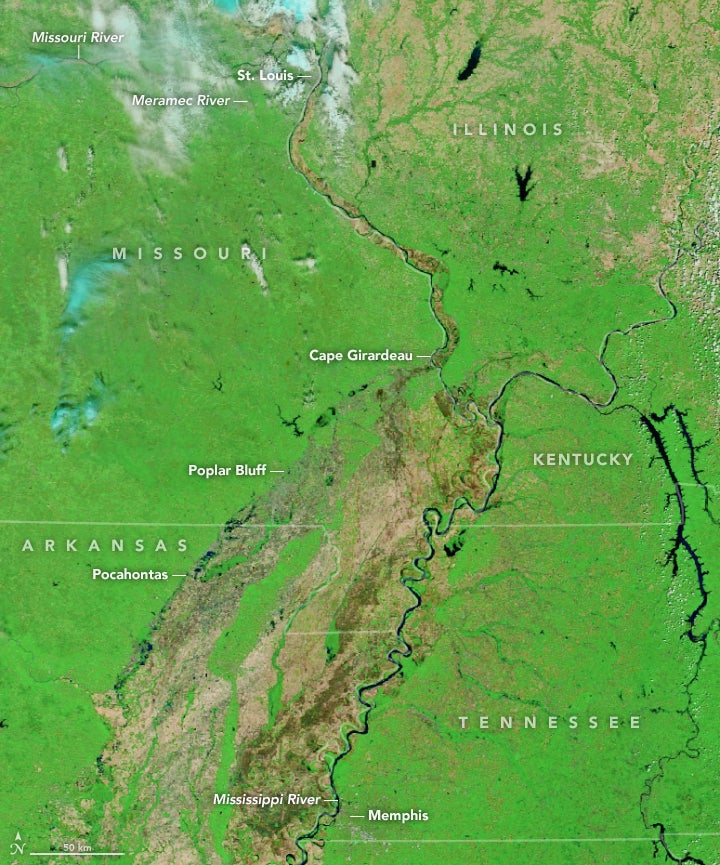 The town of Pocahontas, Arkansas, has been hit particularly hard. On Wednesday, the nearby Black River breached a levee, triggering a flash-flood emergency for the town. As feared, the river spilled over, inundating the town of 6500 with flood water. Emergency responders had to rescue people from their flooded homes and cars.

All of this water is moving downstream, threatening areas along the Mississippi River south of St Louis, including Cape Girardeau, Missouri and Illinois. Flood waters could reach as high as 15m at Cape Girardeau by Saturday local time, which would be a new record. Adding insult to injury, the forecast is calling for more rain.

These floods are the worst in the US Midwest since 2015, and are likely the result of a persistent weather trend that's bringing warm, moist air up from the Gulf Coast — the same trend that's causing an inordinate number of tornadoes this year.

Travis Johnson 13 Feb 2020 1:40 PM
When someone says "Australian science fiction movie," thoughts immediately and inevitably turn to Mad Max - if not George Miller's insanely influential 1979 original, then to any of the sequels that followed over the years, including the recent, justly lauded Fury Road. But here's the thing: it was never just about Max.