The Top iOS Game Is A Fidget Spinner App 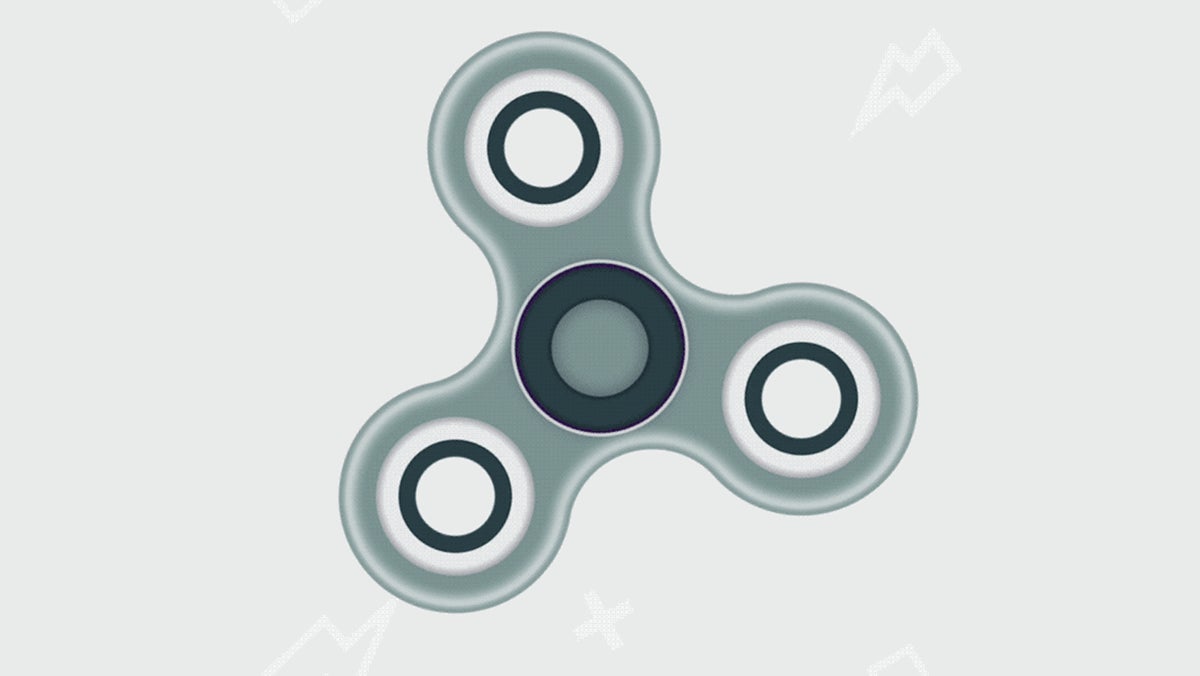 Fidget spinners are taking the country by storm, as the Tamagotchi and yo-yo did before them. Unlike those other examples, spinners aren't necessarily toys, but rather concentration tools for distracted or hyperactive kids. They're being banned from schools all the same. In New York, you can grab one at pretty much any convenience store and twirl to your heart's content. If you can't grab one, we'll, there's an app.

Finger Spinner is currently the top free iPhone game in the iTunes store. According to a review, it "seems kind of close to the real thing!" It's a very simple game with pretty concrete goals: Swipe your screen to spin, spin to earn coins, spend coins to upgrade your spinner or change it cosmetically. People think real fidget spinners are bad, that their supposed benefits don't exist, and that they're just hugely dorky. The reviews on iTunes indicate that this view crosses over to the Finger Spinner game as well. Many unfairly state that the game gave them "cancer".

Look: Finger Spinner is pretty silly. The upgrades have minimal effect to the amount of times your virtual spinner can spin in a virtual circle. There is no real strategy to spinning. This is sub-Flappy Bird levels of mindless entertainment. The game version of fidget spinners feels like a cash grab meant to act as a distraction, rather than a concentration tool.

It also lacks the thing that makes fidget spinners so satisfying: Heft. As I was walking to the office today I saw a guy playing with one and asked him about it a little. It was his co-worker's, he was waiting around on a job and he finds it pretty fun as an idle distraction. He told me, "It saves my boredom." He then let me take it for a whirl (I'm sorry) and well, it isn't the act of spinning it that makes it feel good, it's that it has a solid weight in your hand. As you flick it, the outer ring glides against the bearings. It's soothing. It's something to do without doing anything. While spinners get a lot of flack for being a glorified toy or more proof that millennials don't have an attention span or whatever, tooling around with one of those things sure beats what I normally do when I feel fidgety: Tear the shit out of my cuticles and reflect on my most embarrassing memories.

Finger Spinner is not a great replacement for the sensation of spinning a real fidget spinner, but mobile games offer that kind of doing-something-but-not-really light distraction in a lot of other ways. But why not get an actual spinner? Sure, they aren't free like Finger Spinner, but they also won't make you pay $1.99 to remove annoying ads.