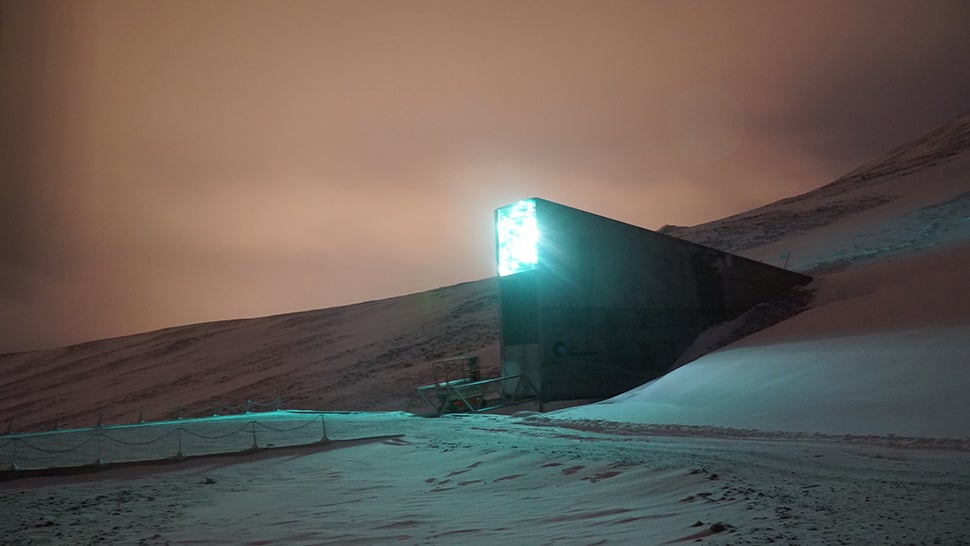 It was a story that was too good to pass up. The Svalbard "doomsday" seed vault had flooded because of global warming-induced high temperatures melting the surrounding permafrost. But according to one of the vault's creators, the reports are pretty overblown and everything's fine. Well, the vault's fine. The apocalypse is still ticking along nicely. 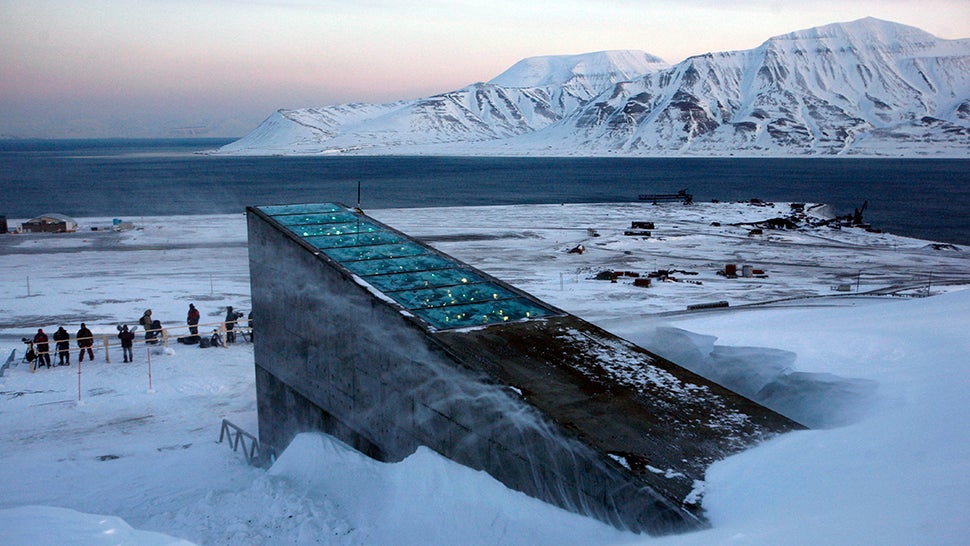 Norway Gets A Second Doomsday Vault That Stores Data

Just in time for doomsday, Norway's "Doomsday Vault" is getting an expansion. Officially known as the World Arctic Archive, the vault opened this week and has already taken submissions from two countries. This time, instead of storing seeds that will survive the apocalypse, the vault is archiving data using specially developed film.

The Doomsday Vault is about 1300km north of the Arctic Circle and holds close to a million seed samples from all over the world. The idea is that if a certain crop goes extinct, there will be backup samples waiting in the middle of nowhere. So when news broke that the record-setting heat over the last year caused the permafrost that the vault is sunk into to melt and seep inside, it was obviously alarming. The Guardian wrote that meltwater was sent "gushing into the entrance tunnel".

Popular Science spoke with Cary Fowler, one of the creators of the vault, to see just how serious the situation really is. "Flooding is probably not quite the right word to use in this case," he told them. According to Fowler, a little bit of water has made its way into the entrance every year. Though he wasn't present at the vault when the "flooding" occurred this year, he insists that it's a pretty routine occurrence.

"The tunnel was never meant to be water tight at the front, because we didn't think we would need that," he tells Pop Sci. Basically, there's a 100m tunnel that serves as a walkway into the mountain and it goes downhill. Before you reach the vault doors, the ground shifts uphill. This little area allows water to collect and two pumps can evacuate it. Hege Njaa Aschim, a Norwegian government official, told the Guardian, "A lot of water went into the start of the tunnel and then it froze to ice, so it was like a glacier when you went in." And well, that isn't really a crisis. In fact, according to Fowler, if the water were to make it all the way uphill it would get hit with temperatures around minus 18C, freeze, and create a new barrier.

Still, the seed vault is supposed to function without humans having to get involved with maintenance. The Norwegian government is studying the situation and plans to fix the leak.

Fowler insists that based on his team's studies, if all the world's ice melted, and the world's biggest tsunami occurred in front of the vault, it would still be sitting around five to seven storeys above the action. And we, of course, would probably be dead.