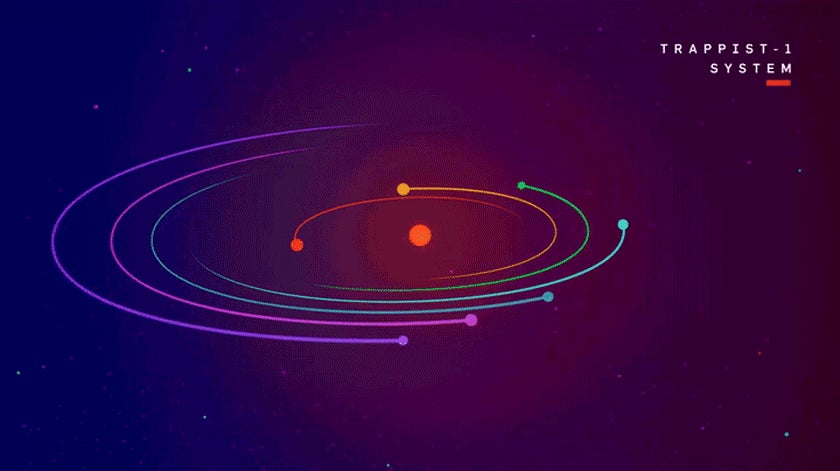 When astronomers announced the discovery of seven Earth-sized planets orbiting the ultracool dwarf star TRAPPIST-1, Earthlings immediately celebrated the possibility that one of those planetary neighbours could host life. But to physicists, TRAPPIST-1 presented a puzzle: How could those seven planets, all packed around a single star closer than Mercury orbits the Sun, survive? Why haven't they all crashed into each other?

After all, that's what happens in model simulations. After about half a million years — far less time than the billions of years the real planets have been merrily chugging along — the TRAPPIST-1 planets' circular orbits become more elliptical. They start intersecting, leading to epic planetary smashups.

Now, a team of astronomers have found a likely solution to this conundrum, and it's so elegant it's literally music. In research published today in Astrophysical Journal Letters, scientists explain how the seven TRAPPIST-1 planets form a "resonant chain," their gravitational tugs working in concert to keep each orbit stable and circular, ensuring two are never found in the same place at the same time.

Another interesting consequence of resonance, besides keeping planets alive, is that their orbital periods form whole number ratios. Resonance causes the relative positions of the TRAPPIST-1 planets to repeat rhythmically, similar to how Neptune and Pluto dance around our Sun, the former doing three orbits for every two orbits of the latter.

"For every 2 orbits of the outermost planet, the next one in does 3 orbits, the next one 4..., 6, 9, 15, and 24," University of Toronto Scarborough astronomer Dan Tamayo told Gizmodo in an email. "This is called a chain of resonances, and this is the longest one that has ever been discovered in a planetary system."

To bring this idea to life, Tamayo, along with Canadian Institute for Theoretical Astrophysics astronomer Matt Russo, created an animation in which a piano note is played every time a TRAPPIST-1 exoplanet crosses in front of its star. The team then filled out the arrangement by adding a drum beat every time a planet overtakes a neighbour. The result, sped up so that the orbital frequencies reach the human hearing range in a process known as sonification, is a sort of astrophysical symphony, finely-tuned to ensure its own survival for billions of years.

As for how this cosmic ensemble could have formed, Tamayo and Russo think the planets probably migrated to their current positions after coalescing in a protoplanetary disk billions of years ago. "Planets form in disks of gas and dust, and as planets grow and interact with the surrounding disk, they move around relative to one another," Tamayo said. "If this process is gentle enough, then planets can naturally tune all their orbital parameters to one another, just like the orchestra does before a symphony."

Of course, this is just an idea to fall out of some models, and it needs to be verified with additional observations. But Tamayo thinks the planetary formation conditions around low-mass stars like TRAPPIST-1 may be calmer than those around larger, hotter stars like our Sun, making them "better able to form harmonious, long lived planetary systems."

You can check out the details of Tamayo and Russo's investigation in their new study (a pre-print is free to read on arXiv). Or, you can just enjoy the animation above, and imagine bioluminescent aliens dancing to the beat of this incredibly strange, undeniably beautiful star system. 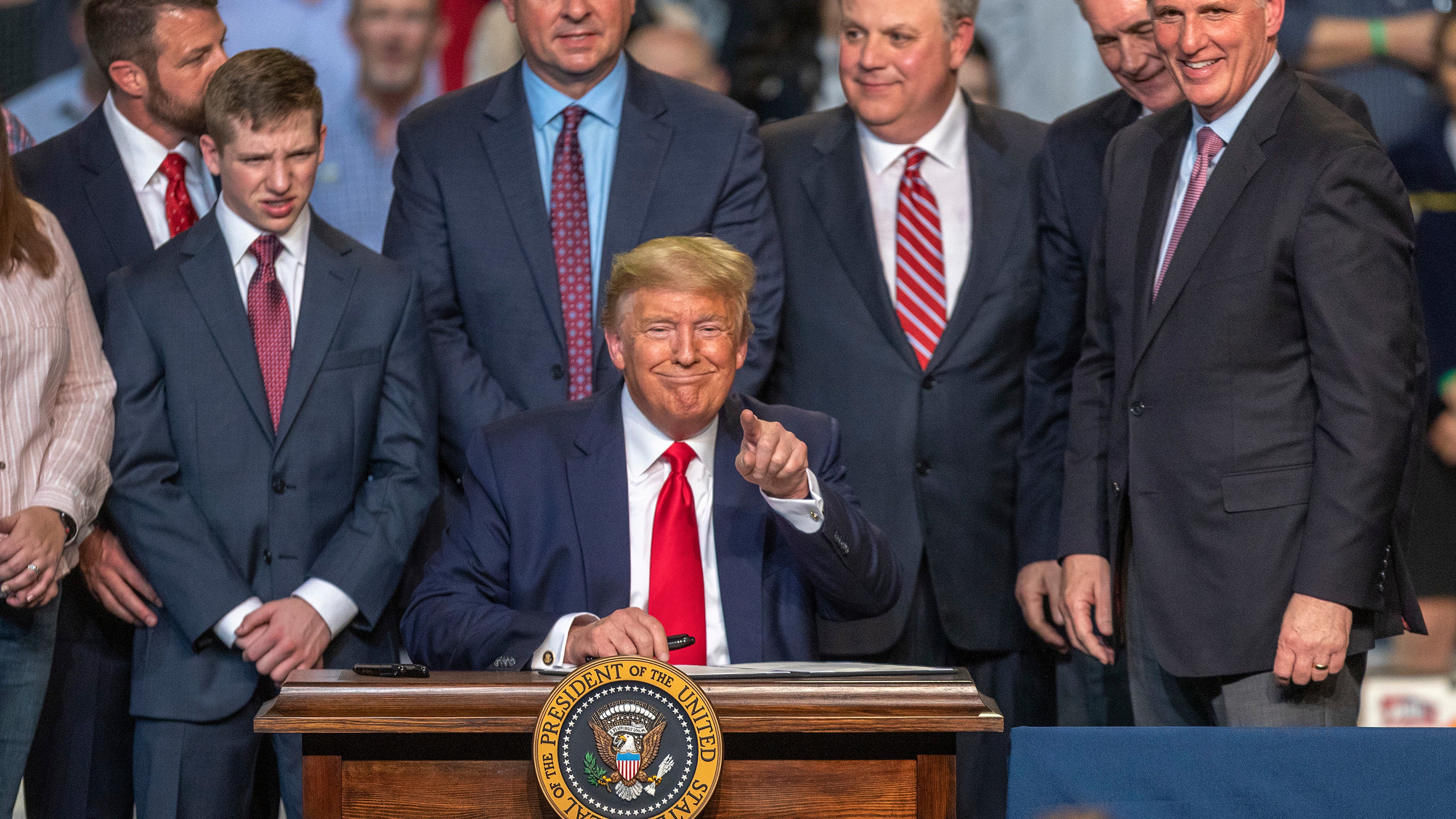 Whitney Kimball 22 Feb 2020 7:40 AM
All but ensuring that the American public will not forget who’s running for president on election day, a certain president has bought out YouTube’s masthead space for the days leading up to and on November 3rd, Bloomberg reports. It didn’t have to be like this; according to Bloomberg, Google had considered barring all political ads on election day in favour of a reminder to go out and vote. But YouTube will not be accused of ANTI-PRESIDENT BIAS.