Winter Movie Preview: 19 Movies To Watch Out For 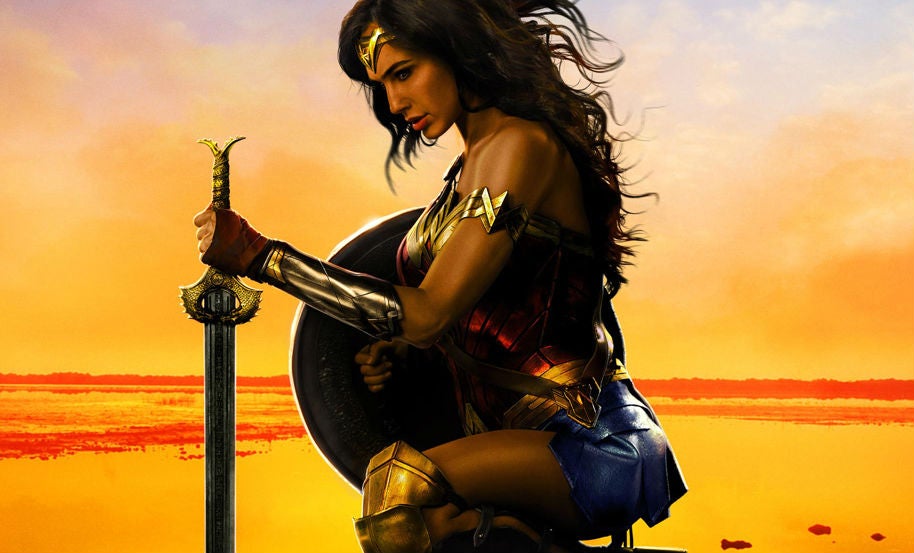 Wonder Woman is one of the movies we are most excited for this summer. Image: Warner Bros.

The Winter movie season is usually very predictable. We all get super excited about all the big movies coming out. Expectations go through the roof. Then you see the movies, most of them are bad, and that's it. For some reason, though, 2017 feels like it's going to be an exception.

Maybe this is because 2017 somehow feels less predictable. Levels of anticipation and excitement are all over the map, with movies we all expect to be bad (Transformers, King Arthur, Dark Tower), expect to be great ( Alien: Covenant, War for the Planet of the Apes), and have no idea whatsoever (Mummy, Spider-Man: Homecoming, Valerian), any of which could end up being totally the opposite. We just don't know.

To help you figure it out, we present the 2017 Winter movie preview, with 19 genre movies to look out for from May through August.

This story bridges the gap between director Ridley Scott's previous two entries in the franchise, Alien and Prometheus, by explaining about how and where those wacky, killer xenomorphs come from. Danny McBride, Katharine Waterson, and Billy Crudup star. (May 11)

Guy Ritchie's reimaging of the King Arthur legend feels like it's been coming for years, but now it's finally here. Charlie Hunnam plays a more gritty, ground-level version of the iconic character who rises from nothing to become a king. Jude Law stands in his way (as well as years of curbed expectations). (May 18)

Six years have passed since the last Pirates of the Caribbean movie and this one takes things into the future by telling a story of Will Turner's son (Brenton Thwaites) on the prowl for his dad's old friend, Captain Jack Sparrow. Expect huge action set pieces and even more Johnny Depp shenanigans, this time against the ghost pirate Salazar, played by Javier Bardem. (May 25)

The DC Universe returns with the first-ever big screen film for one of the brand's most iconic characters: Wonder Woman. Directed by Patty Jenkins, this film will explore the character's origins in a period piece set before her roles in Batman v Superman or Justice League. More than anything this summer, this is a movie we're dying to see and hoping will be good. (June 1)

Tom Cruise kicks off a brand new franchise for himself with this Universal Monster movie. Cruise plays a soldier who is cursed and hunted by an ancient, evil, and undead Egyptian queen. (June 9)

The supervillain-turned -ero Gru (Steve Carell) is back, this time with his identical brother and a brand new adversary, voiced by South Park's Trey Parker. Minions are involved. (June 15)

The fifth Michael Bay Transformers film will take things forward and backward at the same time. We'll finally get to see the planet of Cybertron, but also go into the past to find out how and why the Transformers have such a connection to Earth, which somehow has something to do with King Arthur. Mark Wahlberg and Josh Duhamel reprise their characters from previous films along with newcomers played by Anthony Hopkins, Jerrod Carmichael, and Isabela Moner. (June 22)

Pixar's incredibly lucrative franchise is back, this time flipping the idea from the first film around. Now Lightning McQueen is the old guy, dealing with a new generation of racers. As always, Pixar has a lot to live up to, especially with their one franchise that audiences love, but critics generally do not. (June 22)

It Comes at Night

This horror film starring Joel Edgerton looks creepy as hell. It's about a family who isolates themselves in a cabin as an unnatural evil takes over the world. Because going to a cabin in the woods to get away from a horrible situation is always the right decision. (June 25)

Our third Spider-Man in 15 years. It's kind of crazy. But, for the first time, he's an actual high school kid and lives in a world with the Avengers. Plus he's hanging with Tony Stark (a lot, apparently). And he's fighting a villain played by former Batman Michael Keaton. (July 6)

Casey Affleck and Rooney Mara star in this critically acclaimed film about a man who dies and tries to come back and contact his wife as a ghost, but realises he is being forced to watch life pass him by. (July 13)

Andy Serkis' Caesar returns for the third film on the road to the 1968 original. This time, the apes are at full-out war with the humans, led by Woody Harrelson. I don't think it's going to turn out too well for the humans. (July 27)

Charlize Theron is a killer assassin in this action movie from the man who is next directing Deadpool 2. Buzz from the film festivals it's played say that this has some of the craziest action scenes of the year. (August 3)

Stephen King's epic tale across multiple worlds and dimensions finally makes it to the big screen. Idris Elba is the Gunslinger, Matthew McConaughey is the Man in Black, and fans have been waiting for decades to see this story unfold. Lack of marketing has been scary but expectations are high. (August 17)

A twisted take on the classic genie story, a girl gets a magic box that grants her seven wishes. But as her life gets better with each wish, people around her begin dying in gruesome ways. (August 10)

Valerian and the City of the Thousand Planets

Director Luc Besson has made some of the most beautiful and influential genre films of the past several decades, but the movie he's always actually wanted to make is Valerian. The swashbuckling, super scifi adventure film could be a masterpiece, a massive financial disaster, or both. (August 10)

The maker of the killer doll Annabelle (itself a spinoff from The Conjuring) allows a new family into his life, which is probably going to go super smoothly. Miranda Otto of the Lord of the Rings stars in this sequel to a spinoff. (August 10)

I feel like I've written about this movie 50 times but, here we go again. Maybe it will be out this year. It's about a haunted polaroid camera that kills whoever's photo it takes. (August 25)

James Cameron's blockbuster sequel comes back to the big screen with a brand new 3D transfer. Not that this perfect movie needed 3D transfer, but any excuse to see it on the big screen is a good one. (August 24)