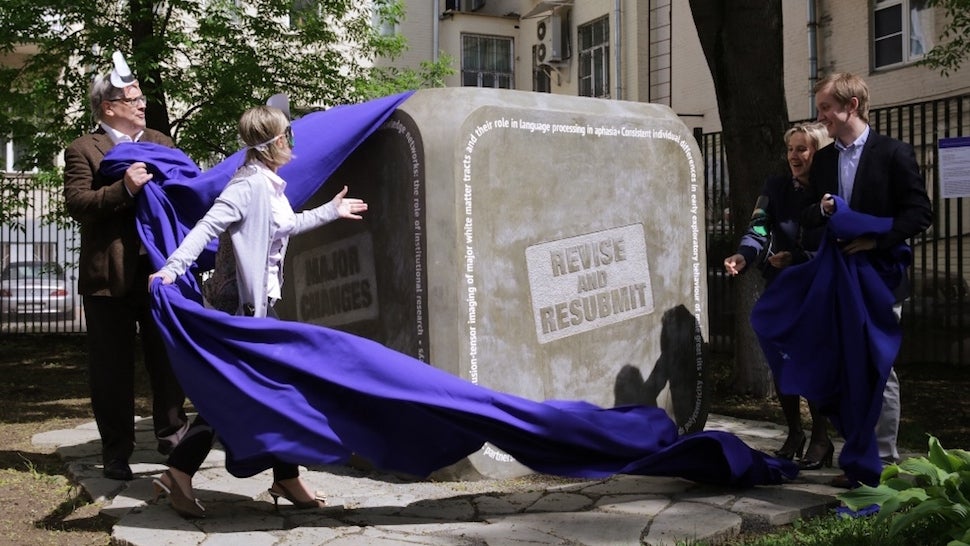 Life as an academic is hard, if you discount the whole tenure thing. Assuming you've ever submitted a piece of research for publication, chances are you've had to go through the process of peer review — an often soul-crushing ordeal during which you and your ideas are metaphorically flayed by a jury of your peers.

So, to kill two birds with one stone, Russia's Higher School of Economics officially revealed its newest addition today, a giant concrete cube featuring the five possible outcomes of peer review: Accept, minor changes, major changes, revise and resubmit, and reject. (The birds, in this case, are "a winking tribute to the difficulties of this field" and "what the hell do we do with this giant concrete block?") 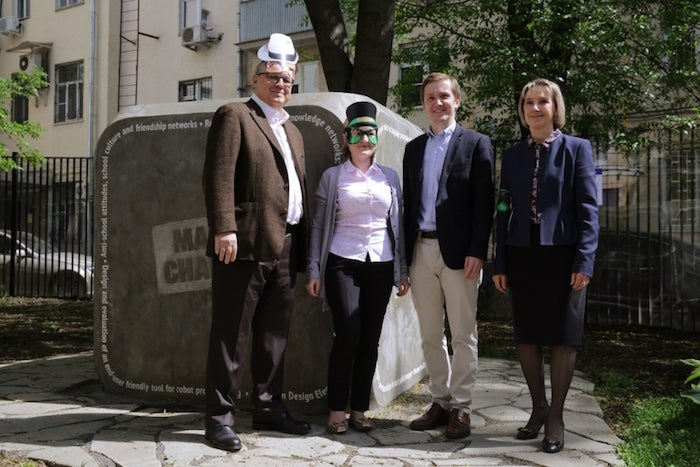 The idea sprang up after one of the university's directors solicited suggestions for what to do with the school's giant concrete block, which was apparently left over from World War II. HSE sociologist Igor Chirikov proposed a monument to peer review, and a Kickstarter was launched to raise money for the quirky idea.

"When I started working in academia I realised that there is an important role for peer reviewers, whose contribution is not always recognised," Chirikov told the Nature's news site. "At the same time, I feel for researchers — it's hard to deal with rejection letters and, sometimes, nasty comments from reviewers."

Bloggers may not have much in common with research academics, but I'm sure we can both identify with the concept of "nasty comments from reviewers". Let's just hope the block doesn't become the new crying spot for rejected academics.