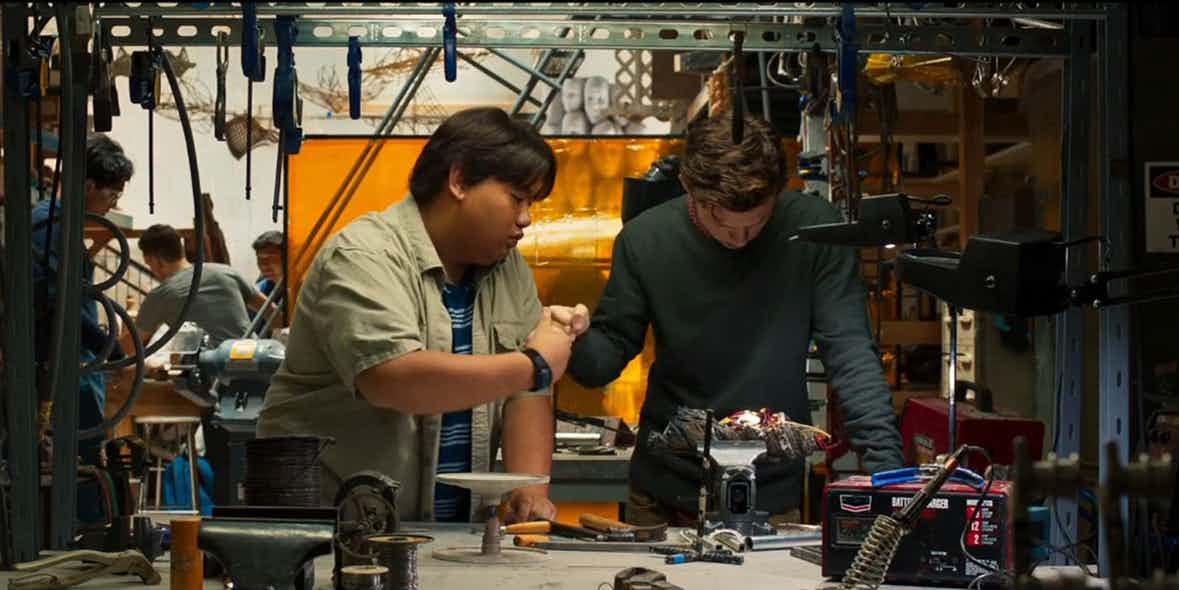 In the first clip from Spider-Man Homecoming, Peter Parker's best friend is us.

Peter (Tom Holland) sneaks back into his apartment after a night of crime fighting when he runs into his best friend Ned (Jacob Batalon). Ned is stunned to learn Peter secret and reacts just like any of us would react if our friend turned out to be Spider-Man. We'd freak the hell out.

Check out the clip, courtesy of MTV.

The best part of this clip is the interaction between Ned and Peter. That innocence and energy give us so much hope for what Spider-Man Homecoming could be. On the other hand, the destruction of that very expensive, very intricate Death Star Lego is painful. It took our very own James Whitbrook 22 hours to build that thing.