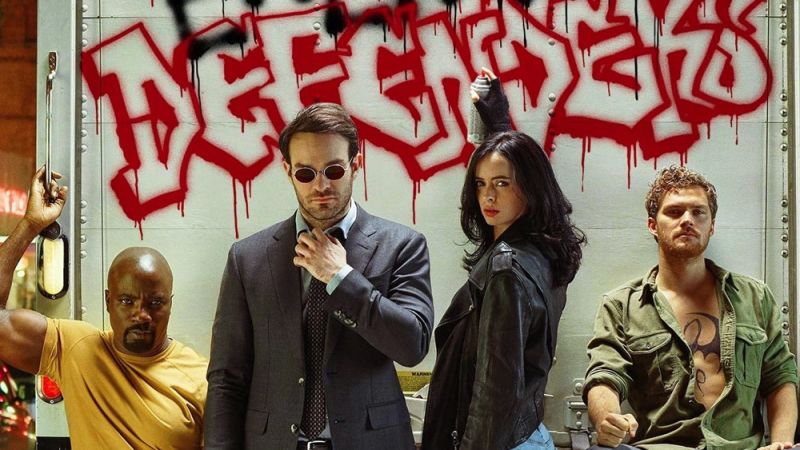 Marvel has been in its share of hot water over the past few months — including when a VP of sales said diverse characters were causing its sales to slump, or when artist Ardian Syaf's contract was sacked for putting controversial messages in X-Men Gold. The latest hotbed is an image that some claim was on Marvel's official Defenders page, which has some awful names for Jessica Jones and Luke Cage. Let's put this one to bed early, folks. Marvel didn't do it.

Note: One of the original tweets calling out the image, which was cited in this article, has been deleted, so I switched it for another one.

The image was shared on Facebook, and has since been making rounds on Twitter from people claiming it was from Marvel's official site. It uses the character's superhero names in a way that makes it look like Daredevil, Jessica Jones, and Luke Cage are being called Evil, Jew, and Poor Man. All of them are either purposefully abhorrent or major errors in judgement, but Jones' coded insult could also be a reference to Syaf's comic, where Kitty Pryde's head was placed next to a Jewellery store sign in a way that some took to mean as anti-Semitic (Syaf never confirmed this, but later comments he made about Disney and Marvel were definitely anti-Semitic).

Now, to calm the storm. The image wasn't on Marvel's official Defenders page, but rather an unaffiliated fan page dedicated to the upcoming series. The fan site has since taken down the post and apologised, promising to be more diligent about what images to share in the future. So there you have it, Marvel is off the hook for this one. Though, Secret Empire still exists.