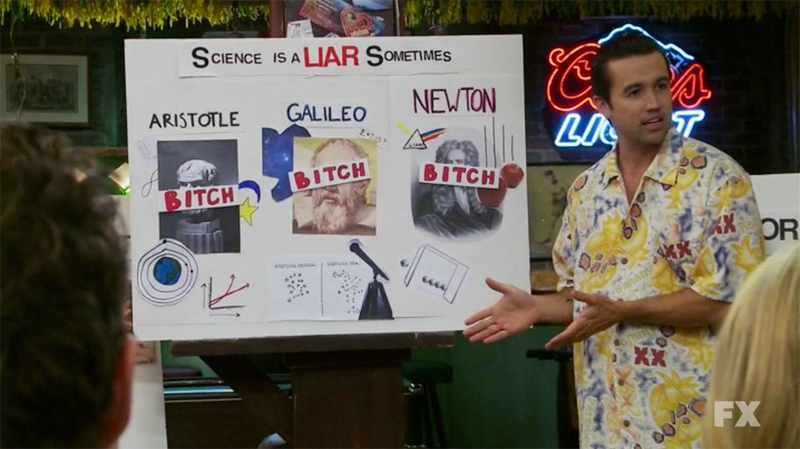 It's time to talk about climate change. Because Bret Stephens wants to. Stephens, as you may know, is the recently hired New York Times columnist known for holding ugly, entirely unremarkable ideas (Black Lives Matter is "thuggish," there's no data to support a campus rape epidemic) that will supposedly "diversify" the paper's stable of old white dudes who believe different wrong things. In his debut Times piece on Friday, Stephens tackled climate change and what he calls the problem of a "climate of certainty." Oh boy.

Sensing that he was about to stumble into deep shit, like a drunk bank robber in one of those laser scenes, Stephens writes:

Stephens here is implying that the political polarization we're seeing around climate science — the routine outrage every time Trump or EPA head Scott Pruitt speaks — is being energised by intolerant, leftist elitism. The left, apparently a bigoted monolith, has decided that climate change is a fact above interrogation and those who caution any sort of temperance are dismissed as wild climate deniers, as traitors and infidels to the cause of environmentalism. Here's the shorter version: "Hey lefties, be nicer to people who disagree with you."

And maybe, in the grand scheme of things, only being a climate "moderate" (if such a position exists) is routinely collapsed into simply being a climate denier. Maybe those in the media could do a better job of addressing, with specificity, the nuances in the differences between those positions and policing hyperbolic claims about environmental destruction.

But why the fuck would we, when the leader of the free world dismisses climate research as a "waste of your money?" Why would we, when the head of the Environmental Protection Agency wants to "debate" whether human activity causes global warming while simultaneously ensuring there's more carbon in air?

Because while people in power say they want to "debate" climate change, they are actively moving to undermine climate protection. The EPA asserts that the Clean Power Plan, which regulates and limits carbon emissions from the power sector, has prevented thousands of asthma and heart attacks by lowering air pollution. Pruitt and Trump want the plan dead. Not "debated." Dead. Pruitt sued to block the plan as an Oklahoma Attorney General and is now in charge of rewriting the bill so the EPA has less say over emissions standards and ultimately allows for more carbon in the air.

People will suffer the consequences of this.

Climate moderation doesn't allow space for more debate, it allows space for more anti-climate initiatives. Here is the collapse that Stephens should be worried about. Pruitt and Trump have appropriated climate moderation to rhetorically soften immensely anti-climate initiatives. If anyone is coalescing climate moderation into climate denial, it's not the left, it's these two men. Because if you weren't sure if carbon caused global warming, you wouldn't work to ensure there was more in the air. If you weren't sure if climate change is real, you wouldn't completely kill funding for it, you'd study it further.

Is this the climate of uncertainty that Stephens wants? He continues:

None of this is to deny climate change or the possible severity of its consequences. But ordinary citizens also have a right to be sceptical of an overweening scientism. They know — as all environmentalists should — that history is littered with the human wreckage of scientific errors married to political power.

Of course science can be wrong.

No one is saying that science is infallible. But Pruitt and Trump dismiss the field entirely and use lies to obfuscate and mystify climate change, when they're not actively defunding and using policy to end it. Whither "overweening scientism" when Trump calls climate change a "hoax," and defunds research despite 59 per cent of Americans believing climate change will harm their children and grandchildren?

Somewhere in there, Stephens maybe has a point about how quick people are to judge climate sceptics as deniers. But it's lost — polluted, even — behind the truth that scepticism is a tool for deniers to implement dangerous policies, regardless of almighty science.