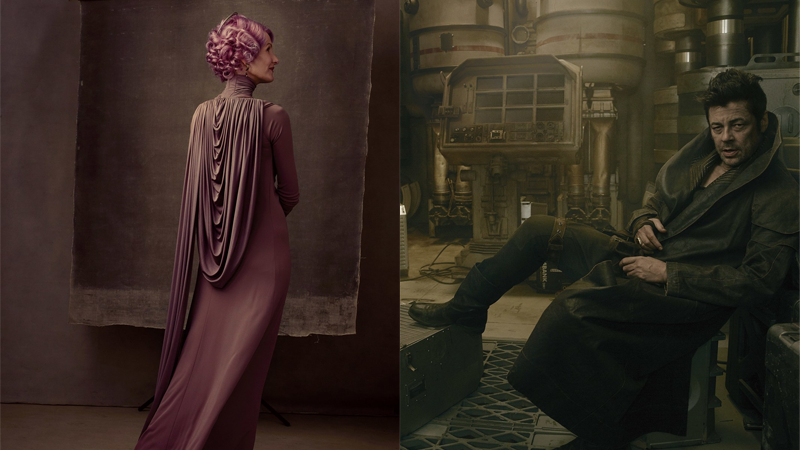 After teasing it yesterday with some gorgeous covers, Vanity Fair has released its cover story for Star Wars: The Last Jedi, and it's packed with new information about the movie — but it also gives us our first look at two mysterious new characters coming to the Star Wars saga.

Those characters, who you can see above, are Laura Dern's Vice Admiral Amilyn Holdo, a "prominent officer in the Resistance" who has long been rumoured to potentially play a somewhat antagonistic role at some point in the film, butting heads with her fellow Resistance members, and Benicio Del Toro's unnamed character — although he's referred to by the cast and crew as "DJ". Judging by his costume, he's going to be playing someone shady — maybe a smuggler?

Aside from new faces, Vanity Fair's extensive set report also includes a few intriguing new scene descriptions. One involves Poe Dameron teaching a young pilot named Paige — played by Veronica Ngo, and revealed to be the sister of Kelly Marie Tran's major new character, Resistance maintenance worker Rose Tico. We also get a few more hints of the adventure Rose will find herself on with Finn, which takes place on a planet named Canto Bight, full of lavish casinos and fancily dressed aliens. 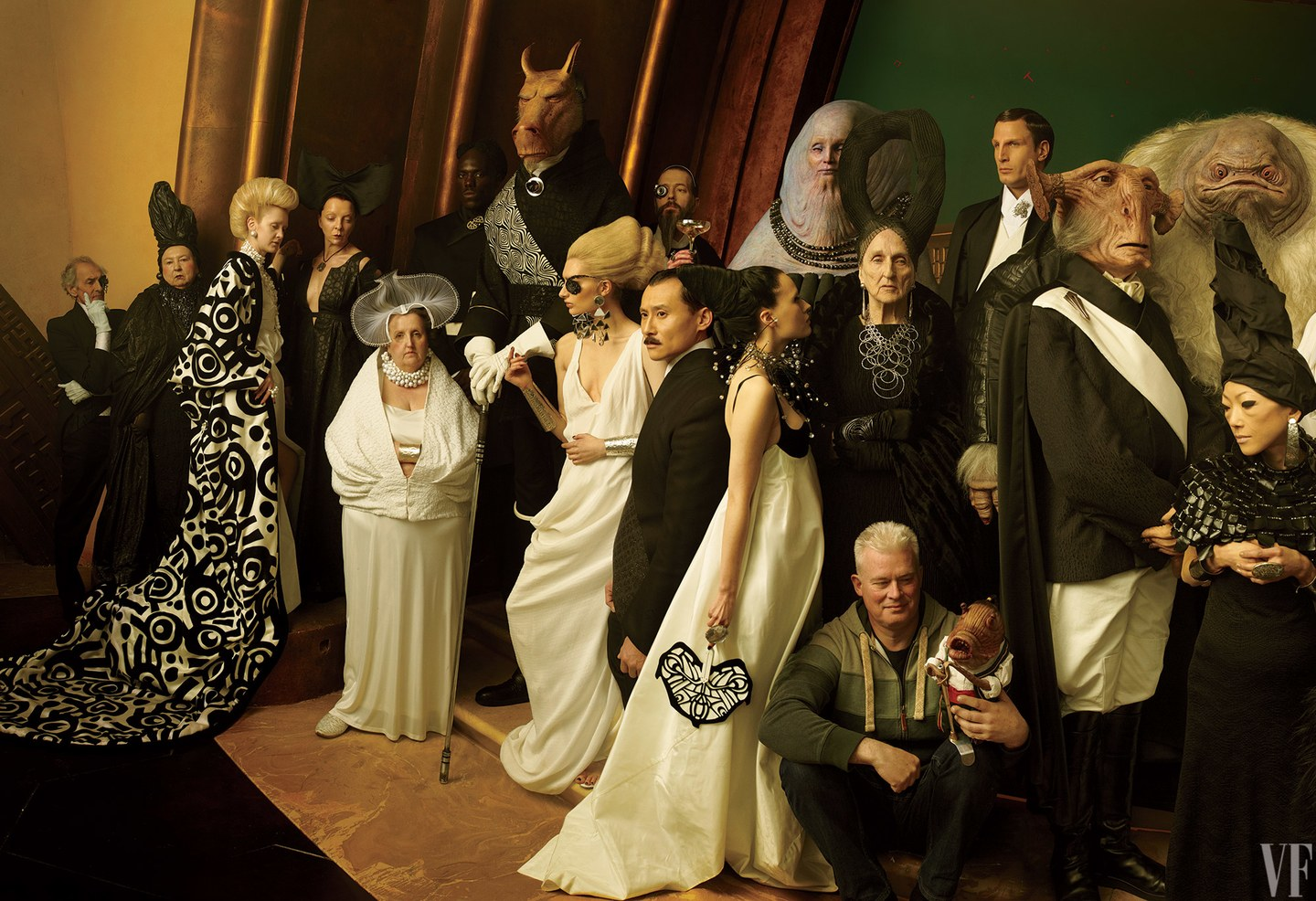 Another scene, kept much more nebulous, features Domnhall Gleeson's General Hux screeching orders aboard the bridge of a First Order starship. And most delightful of all is this a tease from Oscar Isaac, who recalls a scene in which Leia gets to slap Poe for something:

We did this scene where Carrie has to slap me. I think we did 27 takes in all, and Carrie leaned into it every time, man. She loved hitting me. Rian found such a wonderful way of working with her, and I think she really relished it.

Which honestly might be the most important thing we've learned about The Last Jedi so far.

Head on over to the link below to see much, much more from Vanity Fair's photoshoot, including some truly beautiful shots of Carrie Fisher and Mark Hamill together that are guaranteed to make you a bit sniffly. Star Wars: The Last Jedi hits theatres 14 December 2017.